Dez drops by Cornerstone High School for an impromptu workout, helps kids along the way

The former Cowboys receiver was originally planning to do an individual workout, but when kids asked to join, he couldn't say no. 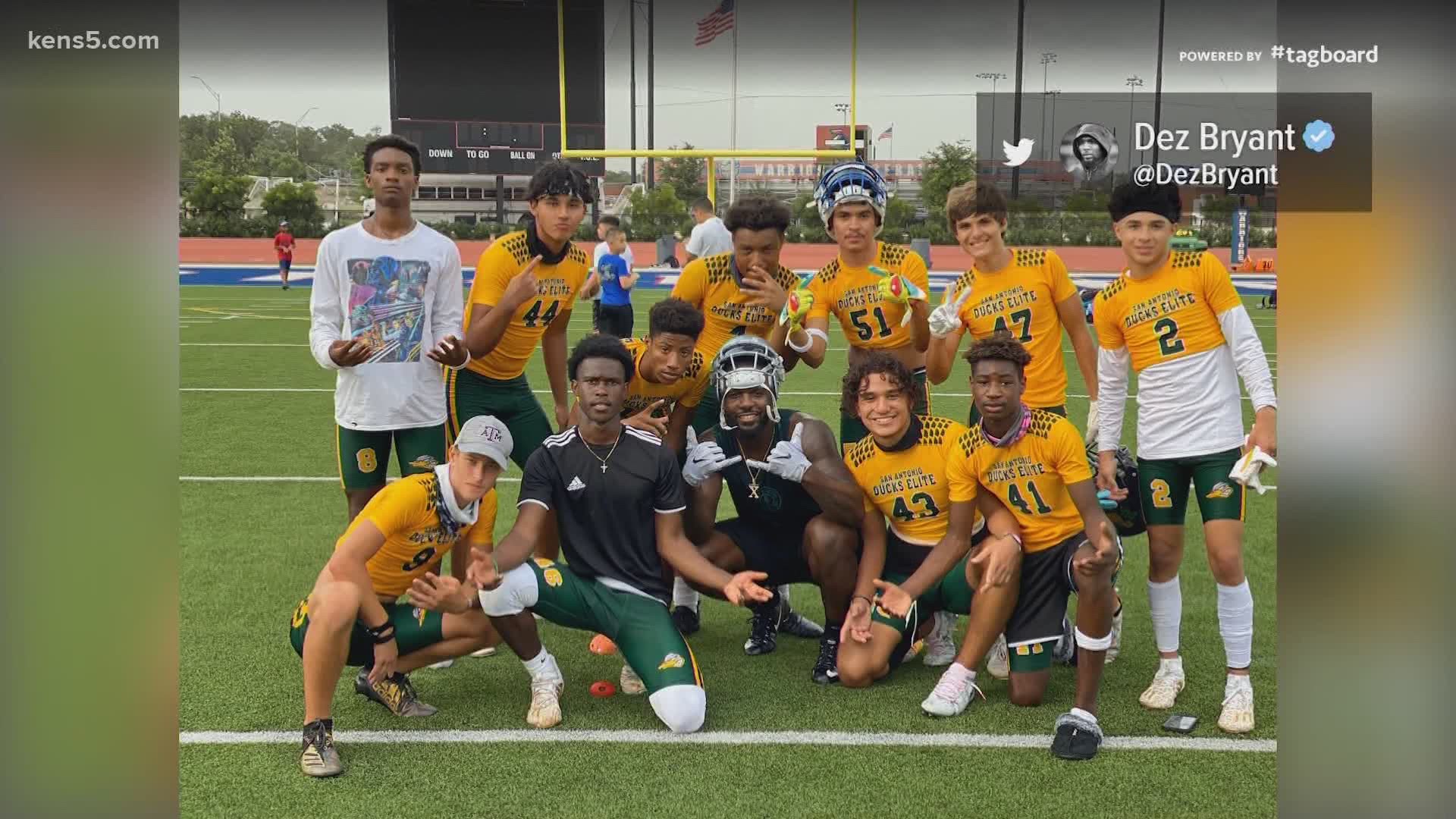 (Say that in the tune of The Killers song 'Mr. Brightside' please)

Originally, Dez Bryant was supposed to show up to Cornerstone High School for an individual workout with 14-year-old quarterback Lincoln Philyaw.

A charity 7-on-7 football tournament just finished up at the high school and some people caught wind the former Cowboys receiver might show up.

"We got word Dez Bryant may or may not come," San Antonio Ducks Elite president Eddie Spencer said. "I told the kids, 'Hey, let's get our gear and let's get out of here. Let's go.' They were like, 'You know coach, if Dez Bryant is coming let's wait a little longer.'"

"I asked Dez, 'hey do you want to be in the back field and play by yourself?," Cornerstone Youth Sports Director Raymond Philyaw said. "One of the kids from the Ducks yelled, 'Hey Dez, can we work out with you?' Then all of the sudden he says, 'Hey, come on!'"

Spencer said, "It was a lot of excitement. You can see it in their eyes and their faces."

For the soon-to-be Cornerstone High School freshman Lincoln Philyaw, it was a moment he will never forget.

Bryant was not just focused on what he was doing, but teaching the kids on the field, as well.

"He was a coach out there," Raymond said. "He was interacting with the kids as if he was their own personal coach."

Ducks Elite Vice President Jay Achan said with a smile, "There's a lot of things that if I say and a kid might not believe me, but if it comes from Dez Bryant, it's gold right."

Sometimes the littlest gesture can make the biggest difference in someone's day.

"Just to be honest with you, he made dreams come true," Achan said.

Spencer added, "He didn't have to come work out and invite those kids out there and the fact that he did that speaks volumes."

Bryant is welcome back in San Antonio anytime.

"(Saturday) was a good opportunity for him to do a good deed for the San Antonio community," Raymond said. "We didn't have the news there to put that on camera, but he did a great job."

His son said, "It was a blessed opportunity and he's a great guy."

RELATED: Patrick Mahomes teams up with LeBron James for 'More Than A Vote' campaign to combat voter suppression

RELATED: How real is the possibility for Dez Bryant to return to the Cowboys?