The Dallas Cowboys won't select in the NFL Draft until pick No. 58 but they've set themselves this offseason to be able to pick the best available player 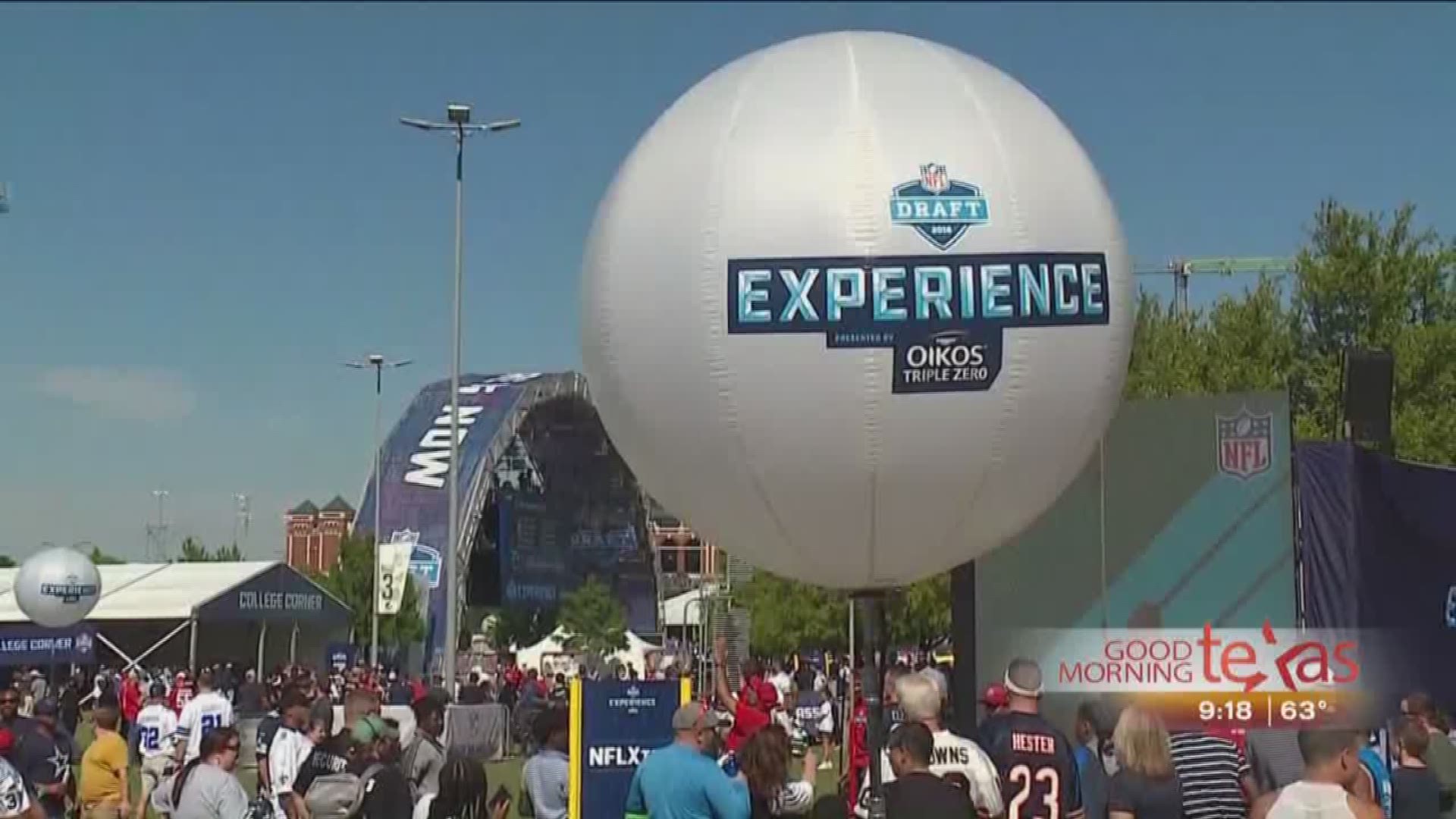 DALLAS — The Dallas Cowboys have been busy this offseason working to address their needs to allow themselves the opportunity to go into the NFL Draft without being forced to identify one particular position as an absolute must.

Left without a first round pick following the Amari Cooper trade, it was critical for the Cowboys to plug away at adding depth to the places they felt weakest on the roster as the chances of finding a lock to fill a starting role when they first select late in the second round is never a guarantee.

The big domino in this plan finally fell late last week as DeMarcus Lawrence was brought back into the fold for the foreseeable future with a five-year contract extension.

With the acquisitions of Robert Quinn and Christian Covington along the defensive line, the Cowboys have attempted to solidify their front four despite questions about the future availability of Tyrone Crawford and Randy Gregory, both of whom could be subject to suspensions for the upcoming season.

The defensive end position is one that many thought - present company included - would need to be addressed if the team did not come to an agreement for a long-term deal with Tank Lawrence. But Dallas got the extension finalized and should go into the season with enough options to feel comfortable passing on lower-tier options when their pick arrives, especially if they have other players they like better.

Nevertheless, DE is a position where you can never really have enough players so Dallas could still make that move with their pick at 58.

The other main position on defense that has been a constant talking point for Dallas' first pick was on the back end at safety. Dating back to last offseason, the rumors surrounded landing Former Texas Longhorn and All-Pro safety Earl Thomas. All of that speculation gained traction heading into this offseason before he ultimately signed with Baltimore Ravens.

The Cowboys turned their attention to another All-Pro safety in Eric Berry before settling in on George Iloka on a one-year deal. It should come as no surprise that the Cowboys landed Iloka as the Cowboys have shown an affinity to Boise State players in recent memory.

The Boise Bronco alum Iloka doesn’t yet seem like a long-term solution but the signing did show that the team felt they needed to upgrade that position and are now afforded greater depth than before.

Dallas could still be looking for that safety of the future at #58 overall but if he's not there, they don't have to reach.

Offensively, the Cowboys had another glaring need that could have been a main target to be addressed early on in the draft and that was at tight end.

However, much in a similar way as his retirement at last year's Draft created the need, Jason Witten's return to the Cowboys in February quelled the immediate search for a replacement for the future Hall of Famer.

Witten surprised everyone and un-retired, deciding to leave his job as an analyst for Monday Night Football with ESPN, to once again suit up with the star on his helmet in the hopes of being the missing piece in Dallas.

Geoff Swaim, the main tight end from a season ago in Witten's absence, has moved on after signing with the Jacksonville Jaguars leaving Witten with Dalton Schultz and Blake Jarwin as the depth at the position.

Jarwin and Schultz both showed glimpses of promise but they won't be seeing the field as much as they did in the second half of last season with Witten back in the fold. There's also the concern that Witten comes back a shell of his former self.

With that in mind, the tight end position is still one that should be up for consideration for Dallas' first pick. The Draft is deep at the position and Dallas can afford to take a project with a high upside and develop him under the tutelage of Witten.

With most of the free agency signings all but done at this point, DE, S, and TE are still areas where the Cowboys can look to upgrade if the opportunity presents itself, despite already working hard to fill holes at these positions.

Obviously, the idea all along has been for Dallas to provide themselves with options so that they won't be forced to pigeonhole themselves into only considering these spots. But even with the moves already made, these positions in transition should be weighed heavily when they decide on just who will be the next member of the Dallas Cowboys.

Which position do you think the Cowboys should hone in on with their first selection in the NFL Draft or should they just pick whichever is the best player still on their board? Share your draft strategy with Patrick on Twitter @DraftCowboys.