'It's like life left my body': Allen Hurns' mom opens up about gruesome ankle injury and the faith anchoring Cowboys player's recovery

Erica Wilson was at AT&T Stadium for the NFC Wild Card Game vs. Seattle, but says she was the last one to learn the details of her son's horrific ankle injury seen by millions. 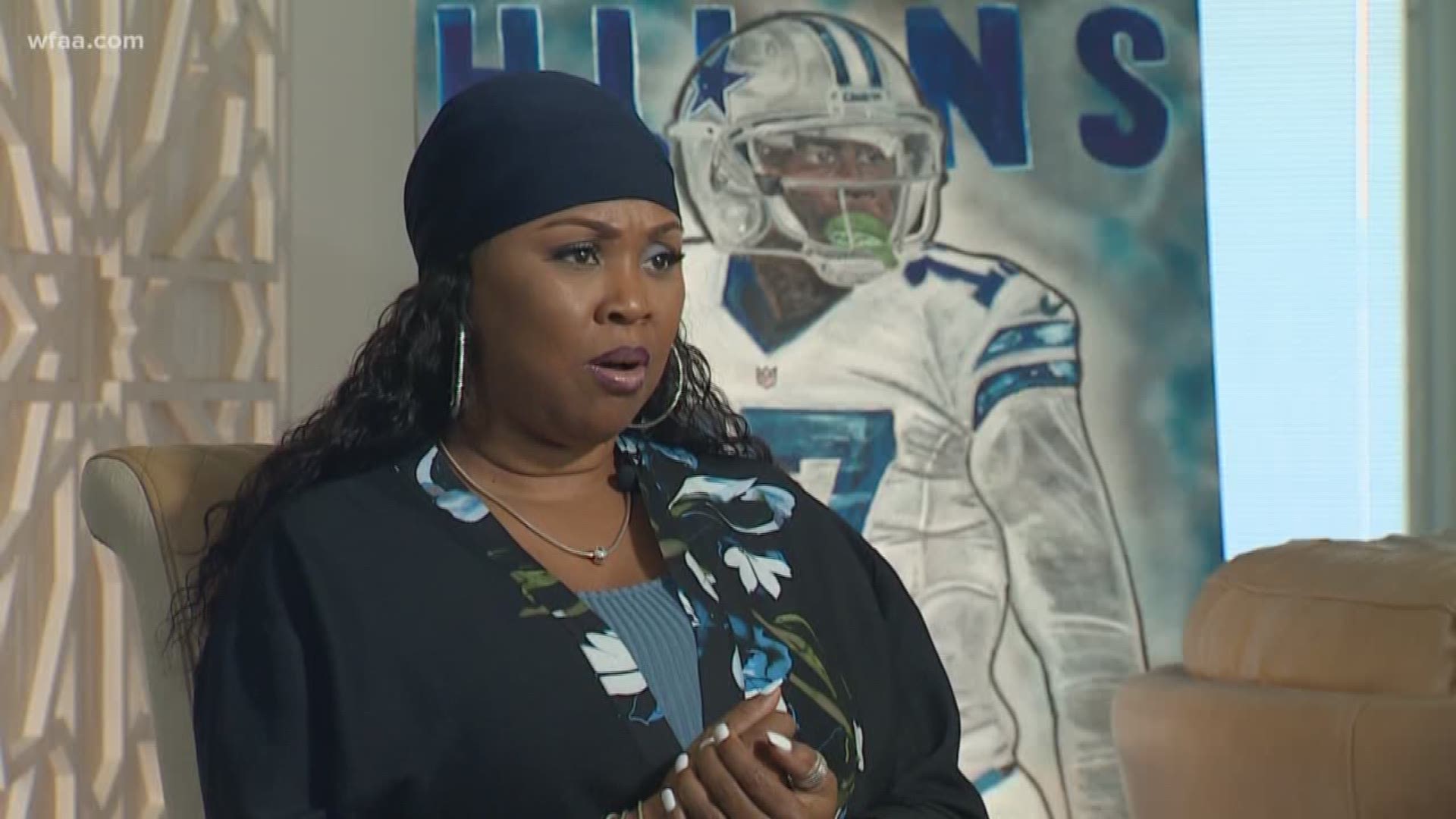 She did not see the gruesome injury from her seat at AT&T stadium but saw her son Allen Hurns pounding the turf.

“I didn’t know what to think, my heart just immediately stopped for a minute,” she said.

As medical crews immobilized Hurns on a cart on the field - and he gave a thumbs up to the crowd – Wilson couldn’t see any of it. She was rushing through the stadium to be by her son’s side, a few seconds too late.

“As soon as I got to him, I see the ambulance pulling off, it’s like my life left my body,” Wilson said. “Because I knew he was in this ambulance, I knew he was hurt, and I wasn’t there. It’s very hard as a mother to see your child hurt, and there’s nothing you can do.”

Not until she made it to Baylor Hospital in Dallas would Erica see her son and get the reassurance she needed. 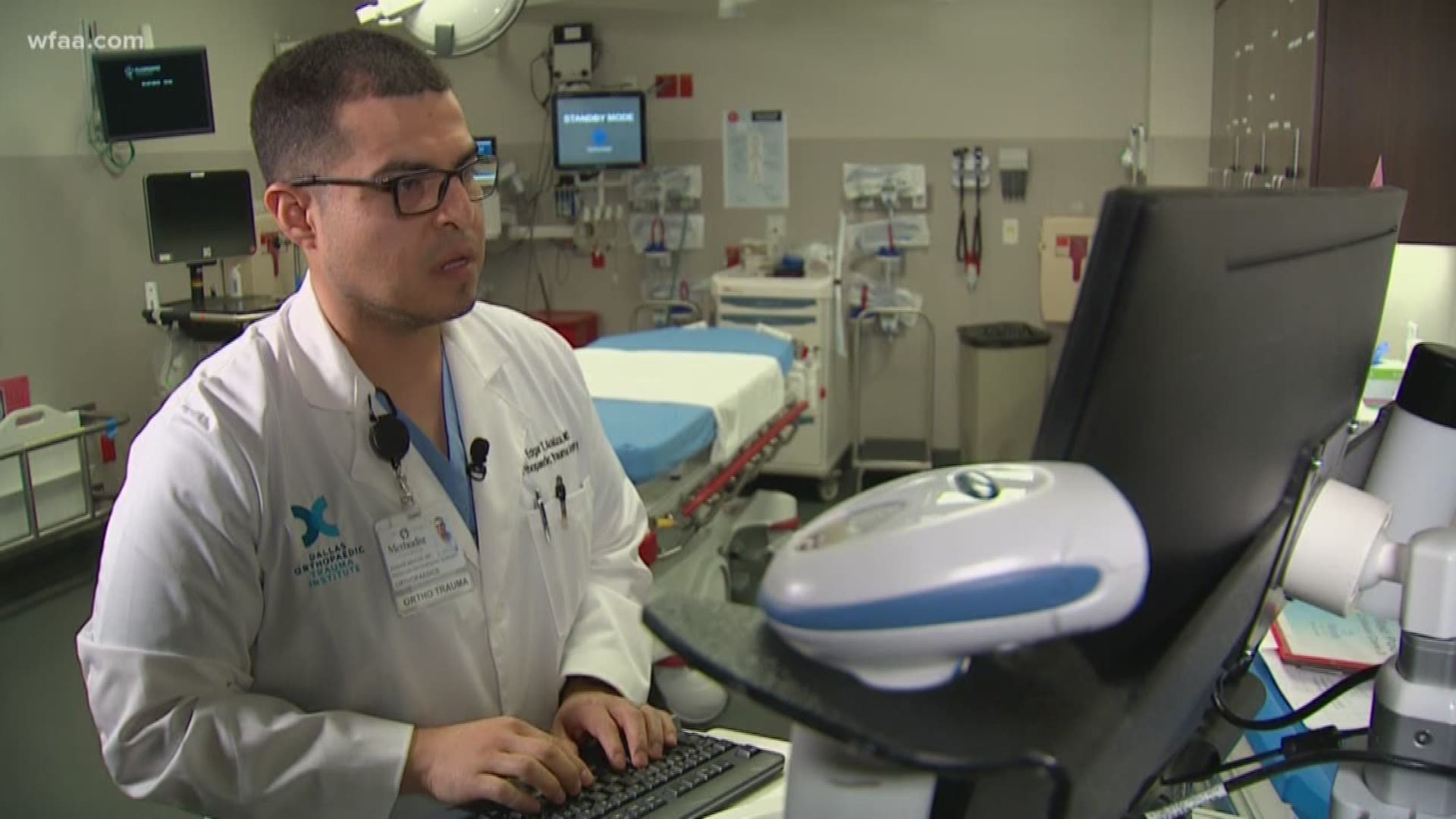 “He said ‘’I’m okay mom, everything’s okay,” she said. “Then he did like this (motioning to move out of the way of the TV) to watch his teammates play,” Wilson added smiling.

Hours of surgery followed and Hurns was allowed to go home Sunday with the goal of playing on Sunday’s next season.

“You have to pray over your kids, it’s a must because you just never know," she said.

And Erica Wilson says those prayers have already been answered.

Teammates Tavon Austin and Michael Gallup have stopped by and call and video chat Hurns daily.

And then there’s Luke McSwain.

The young Cowboys fan who couldn’t sleep Saturday night after Hurns injury, so he wrote him a letter. 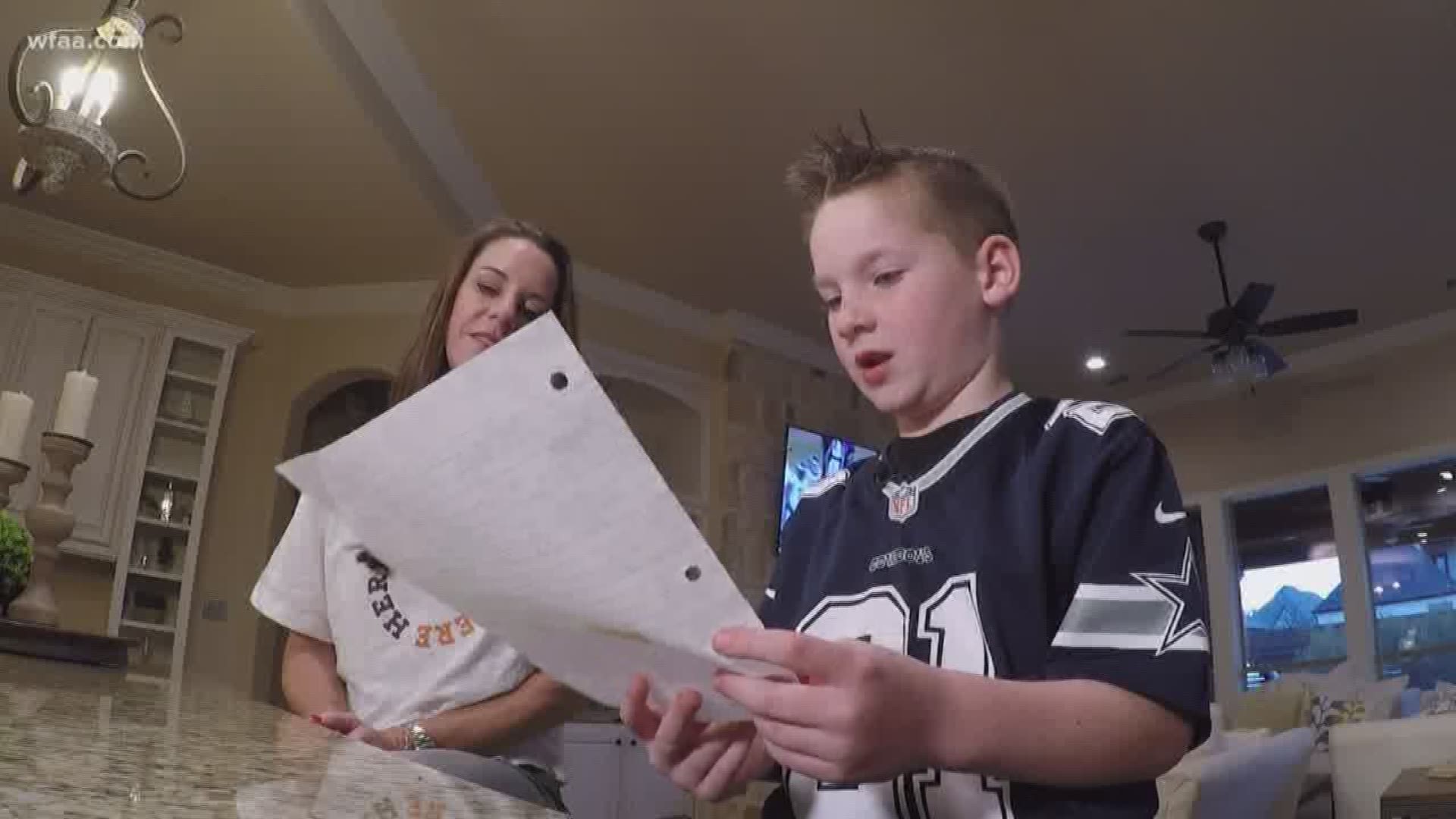 “We have to let him know that Allen is okay,” Wilson said.

So Allen Hurns called up Luke on FaceTime, to reassure an 8-year-old fan, and to thank him. It’s all a mom could ask for.

“Out of everything we think is bad there is something good out of it,” Wilson said. “Yes, Allen sustained an injury, but he was able to touch a life.  And that’s what it’s about.”

The Cowboys wide receiver will not travel with the team to Los Angeles this weekend for the NFC Divisional versus the Rams but instead will watch the game with his family at home.