Cowboys head coach Mike McCarthy addresses the team's first few days at camp to kick off a day when owner Jerry Jones also is expected to speak with KENS 5. 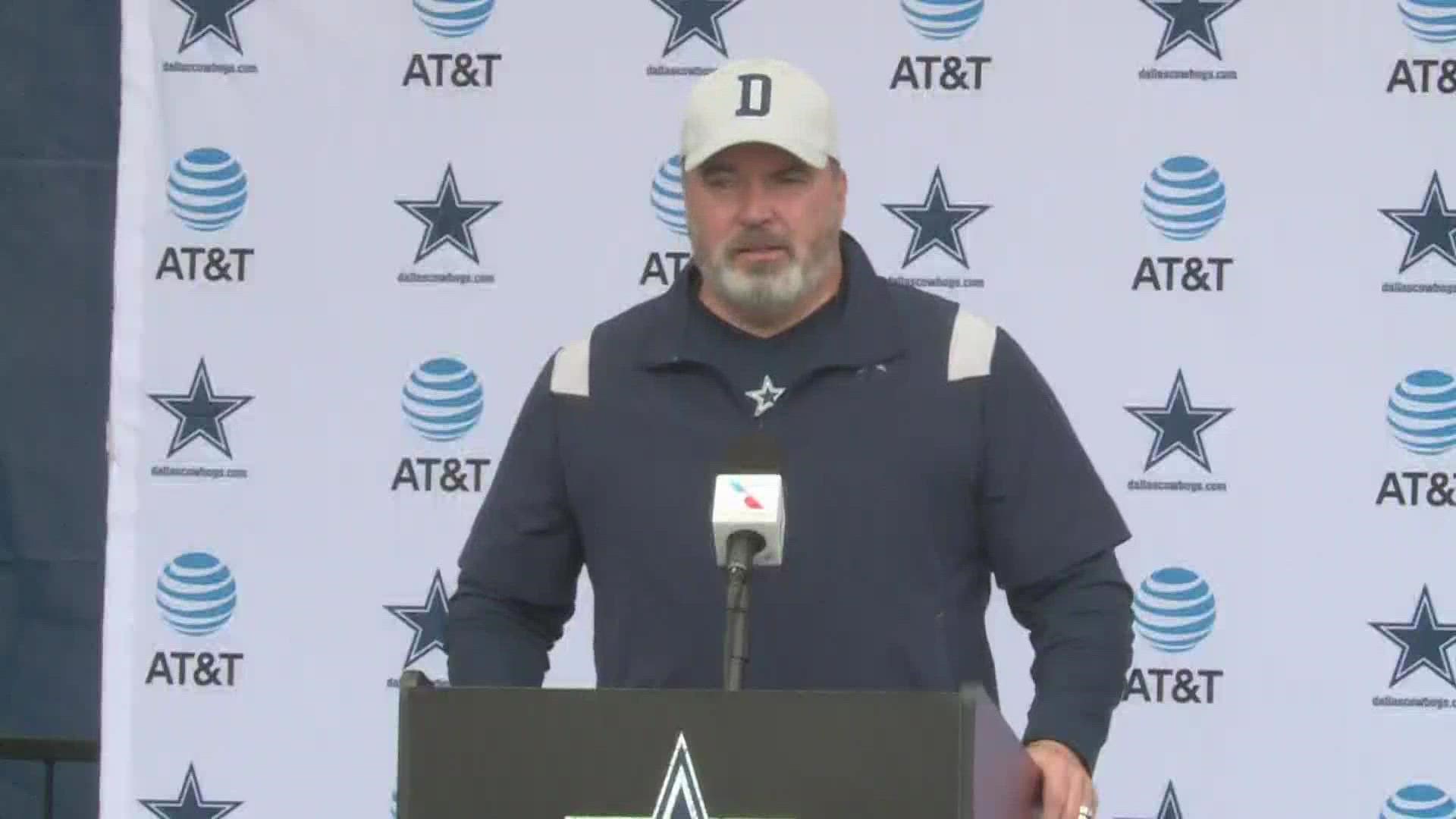 OXNARD, Calif. — Cowboys training camp kept rolling ahead Sunday in Oxnard, California, as players were expected to take the field again amid growing optimism from coaches and ownership about the upcoming season.

"I didn't realize how important camp and sharing the experience is until we didn't have it," Jones said in an interview with KENS 5 Sports Director Joe Reinagel.

Jones said that encouraging vaccinations was in the best interest of the team so that players can stay healthy and compete in big games.

"Set aside if you will the politics here, and let's do the best interest of getting the Cowboys on the way to winning games," he said.

Jones reflected on his time in Dallas, saying that it changed his life when he became a part of the Cowboys, and how the success of the early years has influenced him.

"When you move away from it a little bit, you realize how rare it is to have those kind of times, and you realize how special they were, and then you get right," he said. "It's hard to retire when you haven't worked for the last 30 years, you've just had fun." 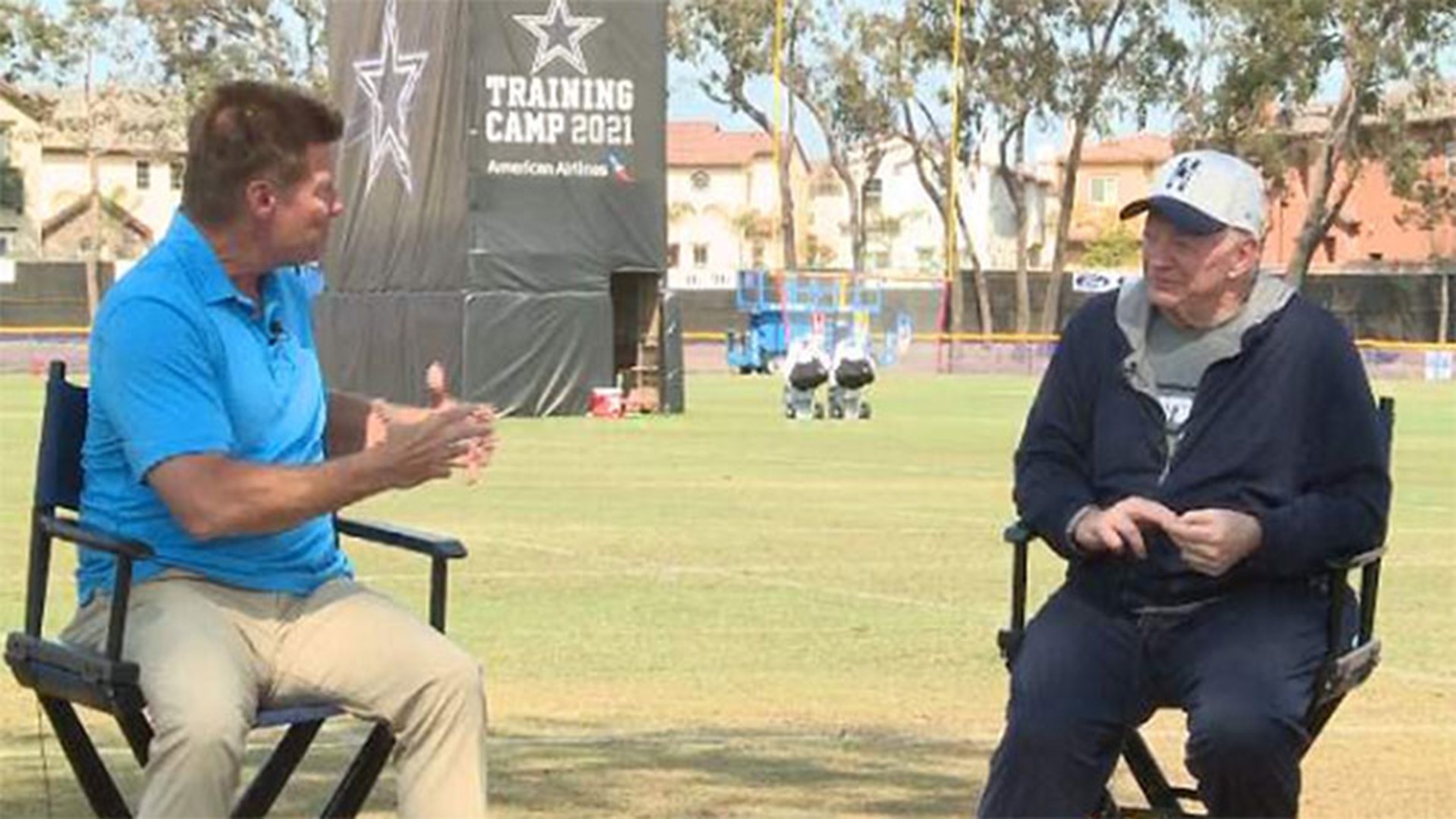 Dallas is back in Oxnard for the first time since 2019. Last year, due to COVID-19, the Cowboys held camp at The Star in Frisco. Being back in Southern California established a "back to football" theme for the team.

Take a look at some of the players on the field during the first day of action at the Oxnard camp: