The resident was taken to a hospital but had non-life threatening injuries. 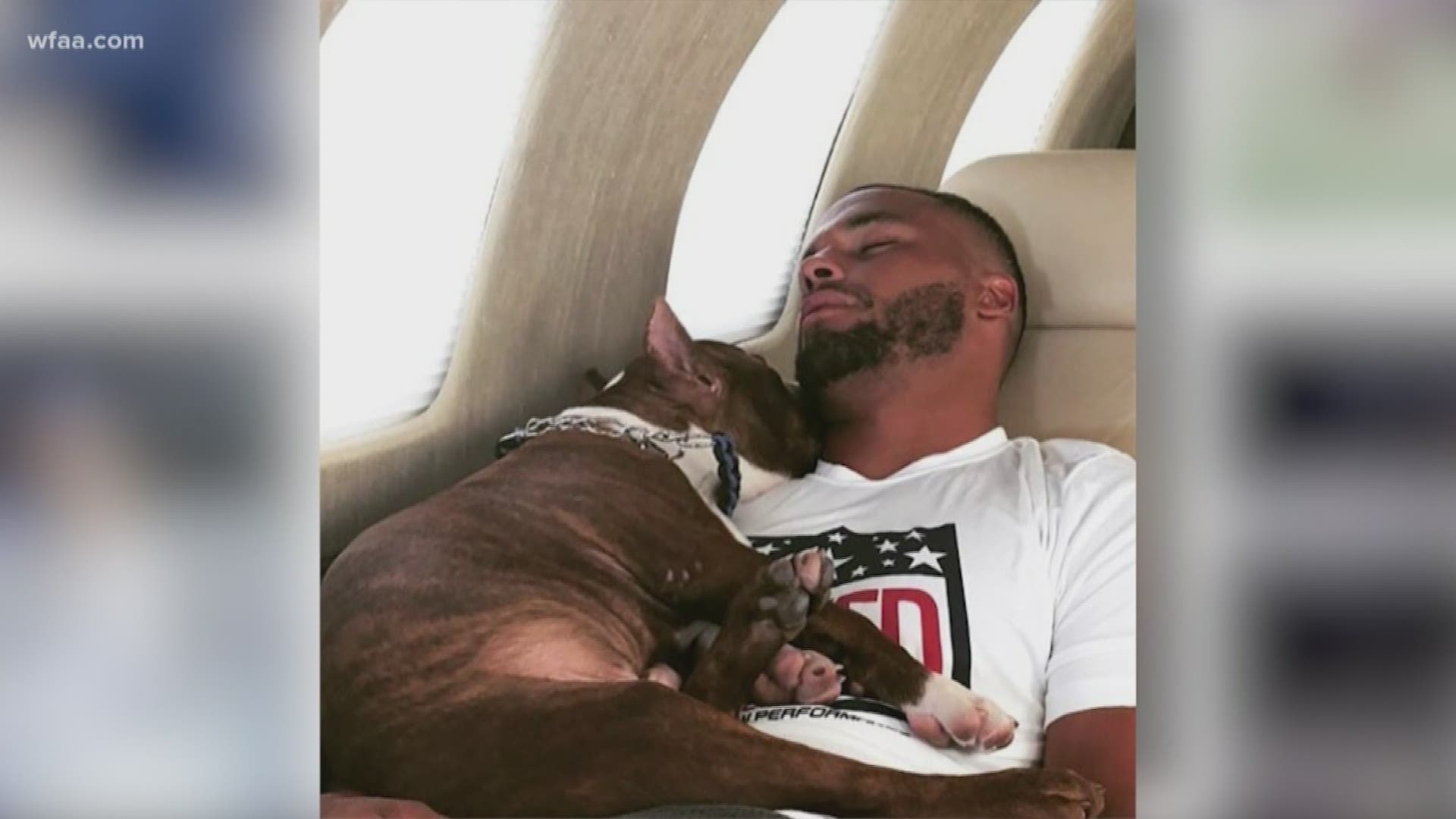 The resident was taken to a hospital but had non-life threatening injuries.

Prescott's dog, which had escaped Prescott's Frisco home "through an unsecure door," was taken to the Collin County Animal Shelter, where it will remain in quarantine for 10 days, police said.

The incident happened shortly before 11 a.m. near Hilton Head Lane and Princess Caroline Court in Frisco.

The resident told police they saw a loose dog in their front yard, fighting with their dog through a fence. The resident went outside and saw two of Prescott's dogs loose.

Prescott's agent declined to comment on the incident Monday afternoon. A source told WFAA that Prescott has been training in California over the last week.

"Dog at large" is a Class C misdemeanor, punishable by a fine of up to $500, according to the police news release.

Prescott has posted about his two dogs, Legend and Goat, on Instagram, and they also made an appearance alongside Prescott in an Oikos yogurt commercial.