'We’re fans through and through': Cowboys fans keep the faith ahead of season finale

These Cowboys fans know their team is in a tough situation. They choose to support them anyway. 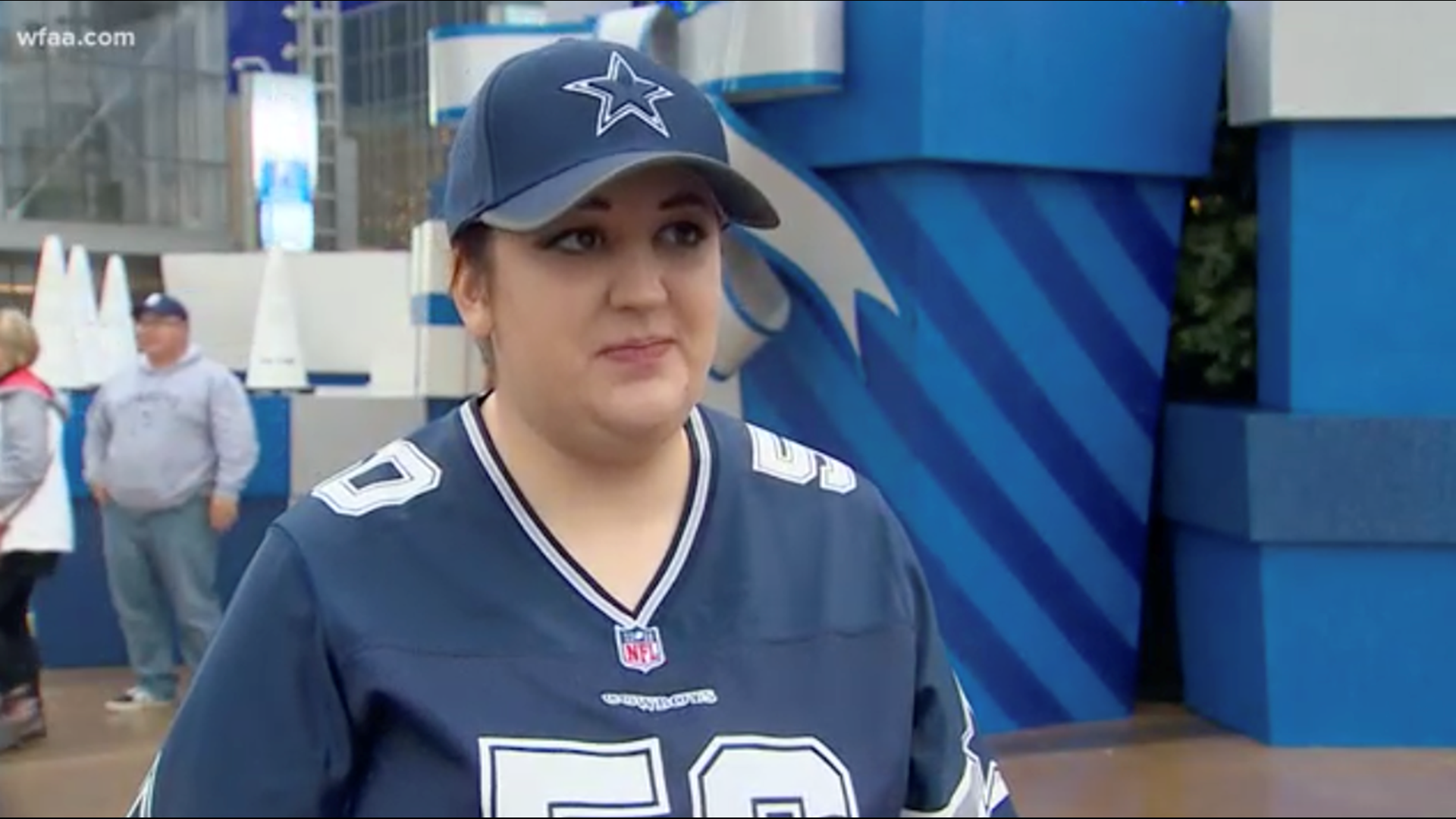 FRISCO, Texas — While some Dallas Cowboys fans gave up hope of a playoff run long ago, others kept the faith through the end.

The Cowboys need to beat Washington at home in the last game of the season. But they also need the Eagles to lose to the Giants.

“There’s a chance that could happen,” Leo Tavino said.

On the eve of the matchups, the 9-year-old believes the Cowboys can do much more than that.

“The Cowboys are going to win the Super Bowl,” Tavino said confidently.

It’s a prediction that seemed a lot more realistic back in September when Dallas started the season 3-0.

RELATED: Keys for Dallas Cowboys to finish 2019 with win over Washington

“It’d be cooler if they were doing better but we’re still here to support them no-matter-what,” Thompson said.

She flew in all the way from Idaho to see her first Cowboys game at AT&T Stadium.

Thompson said, the next time you’re fed up, consider yourself lucky the Cowboys are your hometown team, or maybe remember what it’s like being a fan as a kid when anything is possible.

Technically it still is, at least until the clock runs out Sunday in Dallas, and again in New York.

The Cowboys will take on Washington at 3:25 p.m. Sunday.