Here's where you can get Bucs NFC Championship gear

Retailers have the gear you need to mark tonight's historic win by the Tampa Bay Buccaneers. 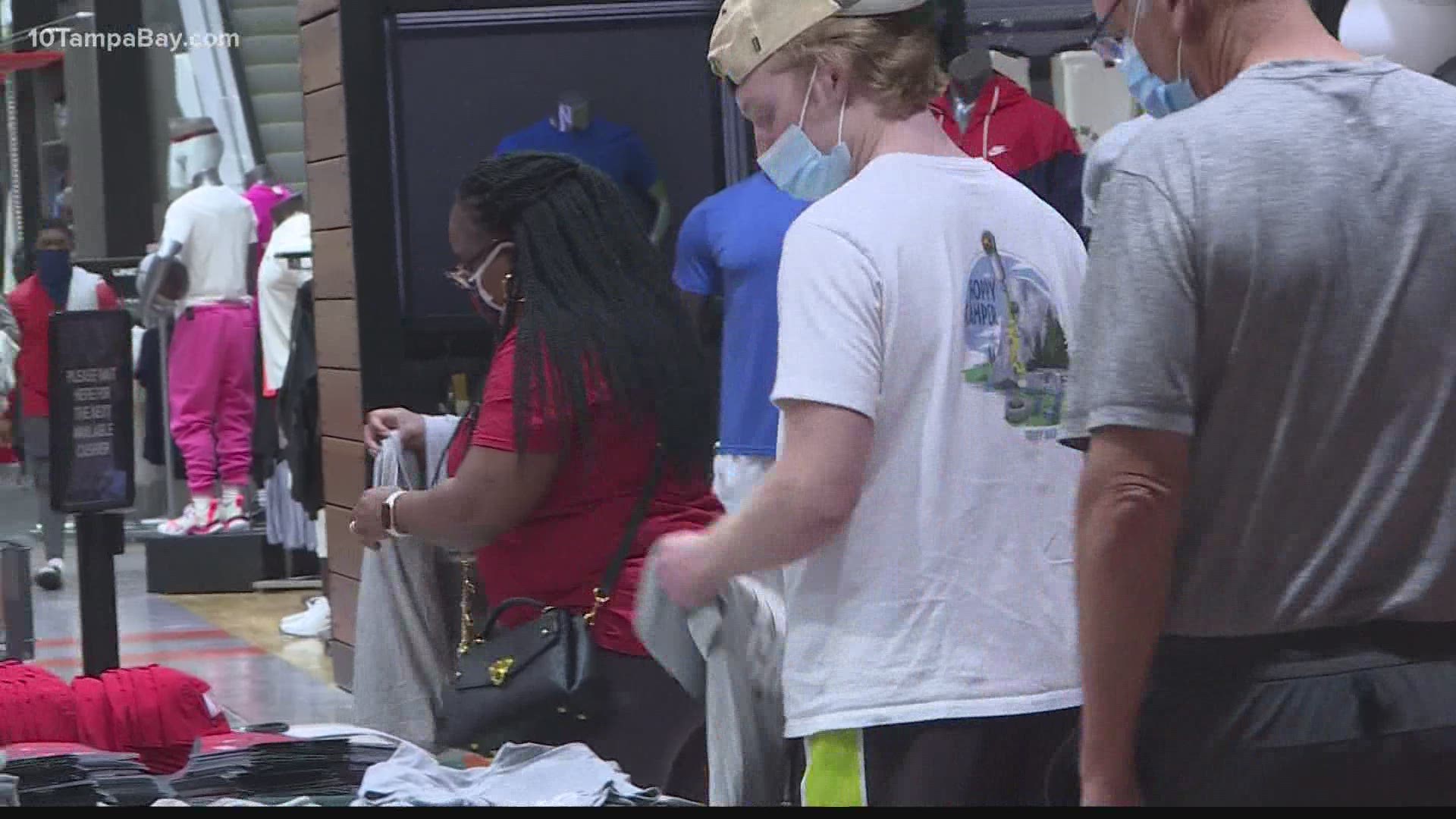 TAMPA, Fla — Looking to let your friends, family and sports rivals know the Tampa Bay Buccaneers are NFC Champions? Dick's Sporting Goods has your back.

The store is staying open late Sunday night, so you can get championship gear at seven of its storefronts across the greater Tampa Bay area.

If you can't make it Sunday night, Dick's Sporting Goods says it will reopen its doors at 7 a.m. on Monday.

Other retailers like the NFL shop, Fanatics, and Lids also have NFC Championship gear from shirts to hats available for fans.

Sunday's victory also punched the Bucs a ticket to Super Bowl LV at their home stadium. It's something no other NFL team has done across the league's previous 54 Super Bowl games.

Don't forget to listen to the Tampa Bay 55 podcast for a behind-the-scenes experience.