The campaign is called "Cleveland Wants To Draft You" and is targeting people who used to live in the city to move home. 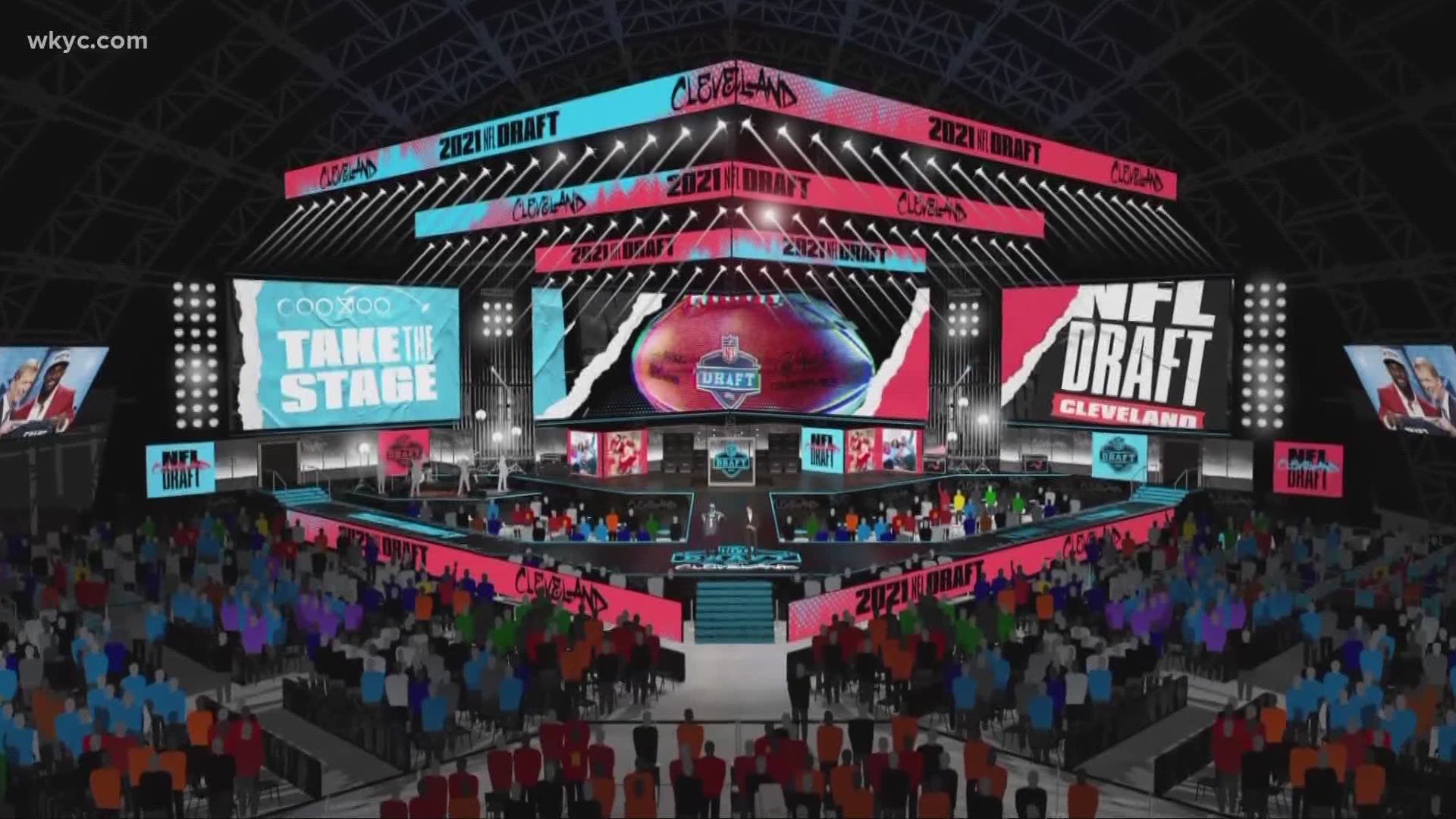 CLEVELAND — The NFL Draft's first down in Cleveland is set to begin in just over two weeks.

The draft has inspired the city to also launch a new campaign that is looking to bring more people to the city for good.

The rush of the yards on the football field and the rush in the big city have one thing in common this year: The NFL Draft.

While teams will be drafting players, the city is working to draft new residents.

“We really want people to consider living and working in Cleveland and not just visiting,” President of Engage! Cleveland, Ashley Oeken, said.

Engage! Cleveland, Destination Cleveland and Team NEO have all teamed up and launched a new campaign called “Cleveland Wants to Draft You".

“This particular campaign is really more about how we get people already from Cleveland to re-engage, be more about and really be more open to it,” Chief Marketing Officer for Destination Cleveland, Colette Jones, said.

While the city hopes anyone will make their way for good, it's actually targeting people who aren't strangers to Cleveland.

“You know, Cleveland has been through its ups and downs,” Carla Johnson said.

One of the struggles: keeping people in Cleveland. A study by LinkedIn showed that since the pandemic began, Cleveland saw a 6 percent growth in people who were marking the city their new home. But, also shows that people are still leaving Cleveland, but at a much smaller rate.

Clevelanders who have both been here their whole lives, or moved away and came back, agree with the core idea of this campaign: Cleveland is a great place to be.

“I’ve been here all my life, “Johnson said. “Cleveland is really developing, and it has a lot to offer.”

“I moved back to Cleveland about two years ago,” Matt Lonsway said. “[To all those that left or that want to come,] come back, there's plenty of room for everybody.”

In the interest of safety and to reach more people, the campaign will be online, using social media to really push information out to targeted people.
The campaign will continue after the NFL Draft ends, into the first week of May.