The Cleveland Browns enter the 2021 NFL Draft with defensive end being one of their top position targets. 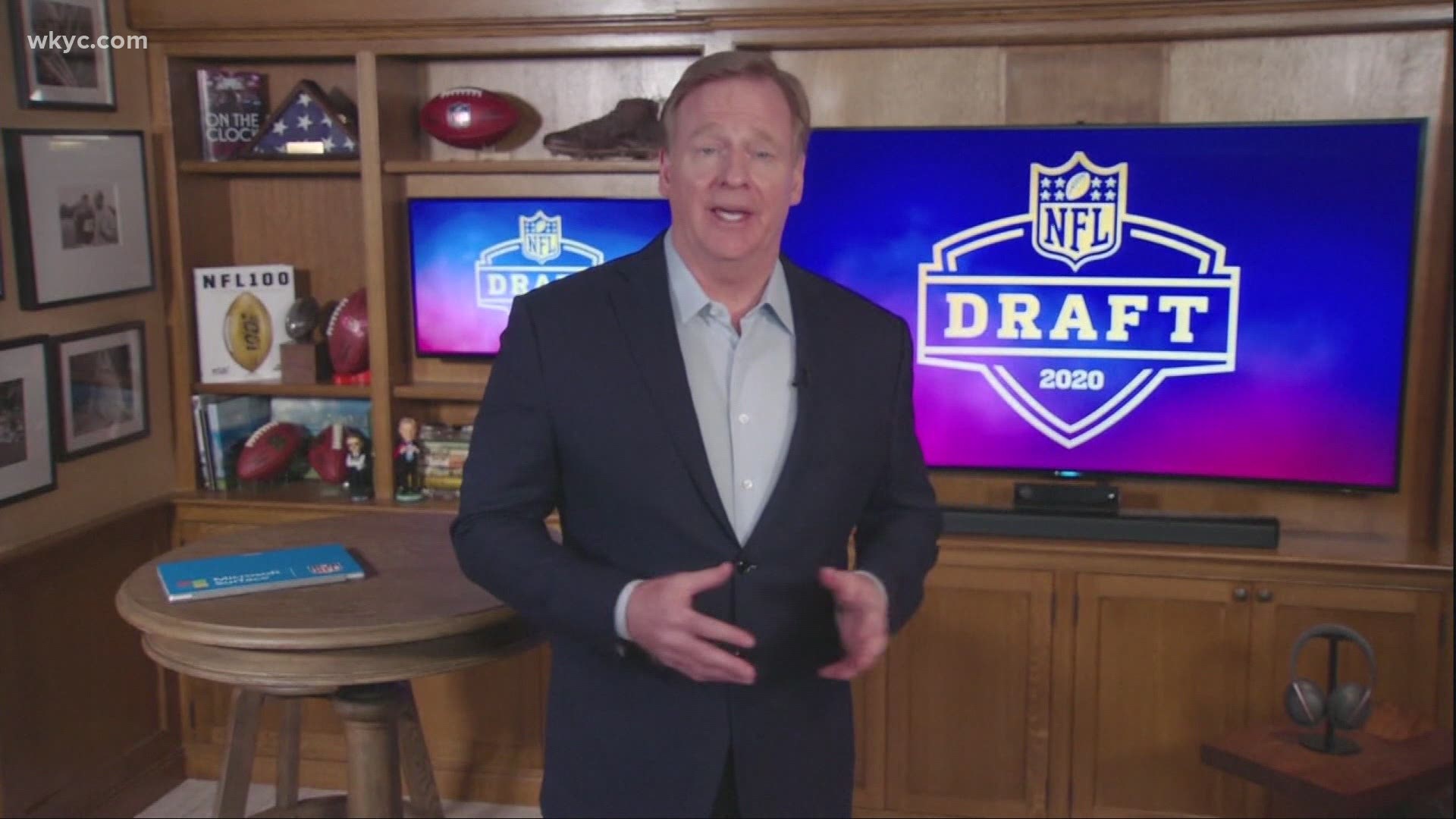 CLEVELAND — The 2021 NFL Draft will take place in Cleveland from April 29-May 1.

With that in mind, let's take a look at some of the prospects the Cleveland Browns could target at one of their biggest positional needs: defensive end.

One of the most athletic pass rushers in this year's draft, Azeez Ojulari graded as Pro Football Focus' No. 5 edge defender last season. In 10 games, he totaled 9.5 sacks and 12.5 tackles for loss, making him one of the biggest risers at his position in the 2021 Draft.

Described by PFF as the "best pure speed rusher in the class," it isn't hard to imagine how Ojulari would fit lining up across from Myles Garrett. It also remains realistic he could still be on the board when the Browns pick at No. 26, where he could continue Cleveland's recent trend of using high picks on players out of the SEC.

Considered by many to be the top player at his position in this year's draft, Kwity Paye is a 6-foot-4, 272-pound edge defender with considerable athleticism. While he only totaled 11.5 sacks in four seasons at Michigan, Paye's upside is apparent and could very well make him the top defensive end selected.

While the Browns typically prefer to pick players who were more productive during their college careers, his pre-draft testing numbers will be difficult to ignore. In all likelihood, he'll already have been selected by another team should Cleveland remain at the No. 26 pick.

Perhaps no defensive end has turned more heads on the pre-draft circuit this year than Jayson Oweh, who ran a breathtaking 4.3 40-yard dash at Penn State's Pro Day. In seven games last season, the 6-foot-5, 252-pound edge defender totaled 6.5 sacks and still has room to grow after having started just one season at the college level.

Whether the Browns have a shot at drafting Oweh will depend on how much stock the teams ahead of them put into his Pro Day. Should the Penn State product remain on the board at 26, his athleticism could prove too enticing for Cleveland to pass up.

The nation's top recruit in the 2017 class, Jaelan Phillips began his college career at UCLA before transferring to Miami (Fla.). In one season with the Hurricanes, Phillips showed signs of living up to his lofty expectations, totaling eight sacks and 15.5 tackles for a loss in 10 games.

While his injury history and the slow start to his college career are fair to question, his upside is obvious. What's more is the pre-draft rises of Ojulari, Paye and Oweh could make him a more realistic target for the Browns at 26.

Entering the 2020 season, Gregory Rosseau was considered by many to be the top defensive prospect in the draft and a potential top-five pick before opting out for the season due to COVID-19. In 2019, he tallied the second-most sacks in the country (15.5), trailing only the reigning NFL Defensive Rookie of the Year, Chase Young.

Due to his opt-out, the 6-foot-6, 260-pound Rosseau's draft stock might be the hardest to gauge. But should he fall to 26, he could present too good of a value for the Browns to pass up.