"It will be hard to hear and even harder to read, but if we are to fix our future, we must first face our past," interim LSU President Thomas Galligan said. 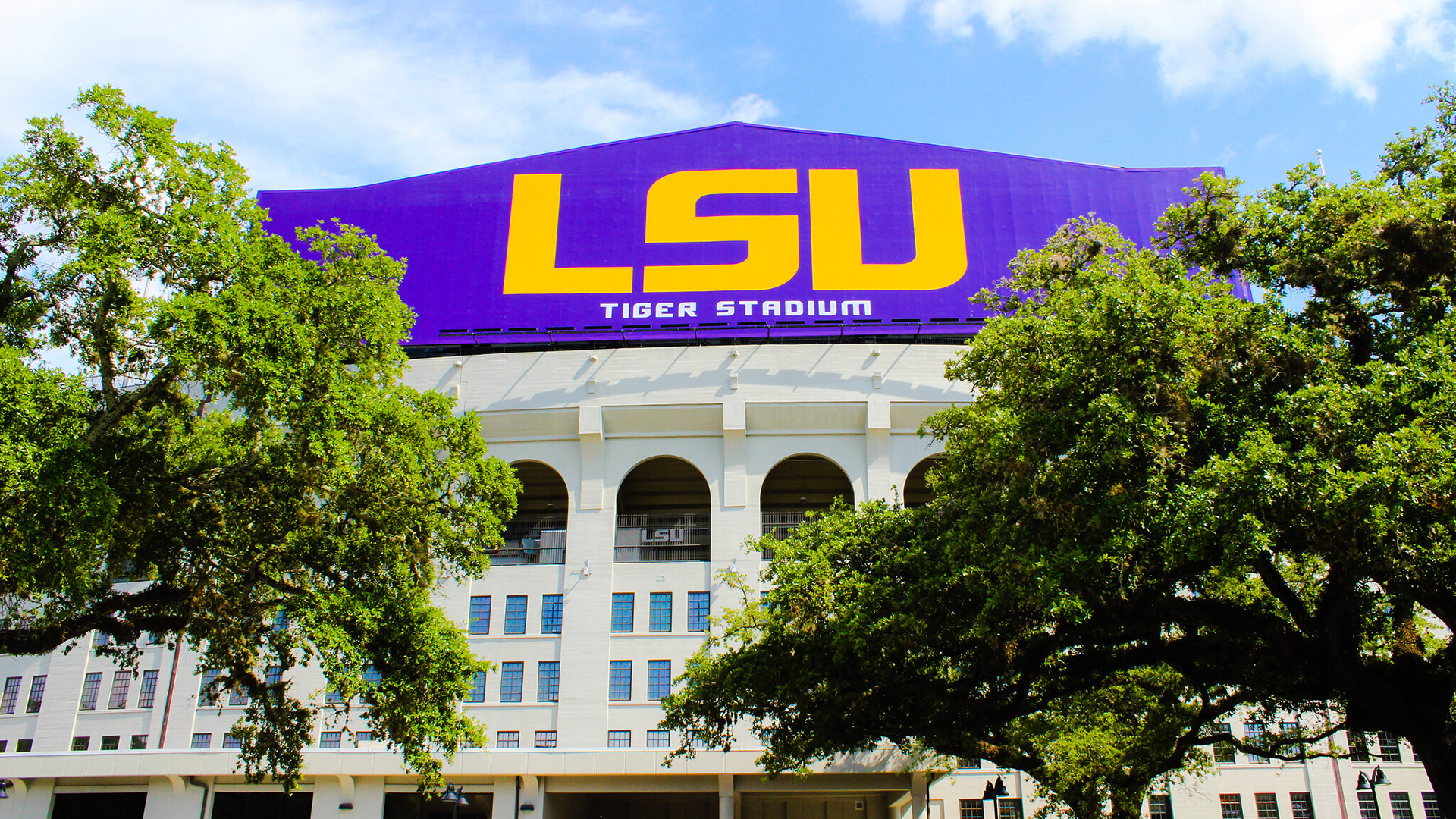 BATON ROUGE, La. — LSU suspended two assistant athletic directors without pay and ordered them to undergo domestic and sexual violence training after a damning report on the handling of sexual assault incidents was present at the school's board of supervisors meeting Friday morning.

The meeting and the report came after a series of investigative reports, largely by USA Today's sports department, that detailed sexual assault incidents that were largely ignored or insufficiently handled over a series of years recently.

Some of the events involved high-profile athletes.

Husch Blackwell law firm, a group charged with investigating allegations that LSU poorly handled or dismissed claims of sexual harassment and assault in recent years, delivered its report at the Board of Supervisors meeting Friday.

LSU’s president, Thomas Galligan, described the report as a “brutally honest and objective evaluation of our culture” that will be “hard to hear and even harder to read.”

There are 18 recommendations for LSU to adopt in the report and Galligan said the university would act on "all of them."

Prior to the presentation, Caroline Schroeder, a sexual assault victim who said she was attacked on a bus during an event by an LSU fraternity, slammed the board in public comment.

"I'd like to express how little faith I have in this board to do the right thing. This meeting was not called out of the goodness of your heart," she said via Zoom.

Galligan said the report will detail that LSU through actions or inactions “betrayed the very people we are sworn to protect.”

"We have been forced to look into the mirror," he said at the start of the Board of Supervisors meeting. "Frankly, we don't like what we see."

The report details what many studies have shown, that sexual harassment takes place more often in environments where it is tolerated and where that behavior is "modeled or encouraged by others."

The report says that LSU Athletics Department employee Sharon Lewis, who worked in the football office, made several reports of sex harassment during her tenure.

Among them were several allegations against former LSU head coach Les Miles between 2009 and 2016.

The report emphasizes that Miles has denied all allegations and that they can't offer an opinion on whether the allegations are true or not, but among Lewis' allegations was that after losing the 2012 national championship game, Miles attempted to sexualize the staff of student workers in the football program by allegedly demanding "blondes with big boobs" and "pretty girls." Lewis, the report says, alleged that Miles then took a more direct role in hiring those student workers. The report says Lewis' account was corroborated by several witnesses."

Lewis detailed that after Miles had taken more control on the selection of female student workers, one of them came to her "very upset about something that happened when she was alone with Coach Miles." Lewis said the student asked for assistance in confronting Miles and another longtime football operations employee recalled the meeting where Miles was confronted "The child had a dead stare... she kept saying over and over, 'You know what you did to me.'"

Lewis echoed that account, according to the report, describing the interaction with the student as "emotional and traumatic."

Following the incident, the report says that former Athletics Director Joe Alleva issued directives to Miles to refrain from contact with student workers and set up training for all athletics employees on topics that included sexual harassment.

One of the athletes mentioned in the USA Today reports is former football player Drake Davis. The Husch Blackwell report recounts several incidents where women reported Davis physically striking, holding or trying to get at them.

The Husch Blackwell report details several instances where at least two women accuse Davis of those types of physical encounters.

An encounter is noted on April 3, 2018, where it said Davis admitted to an investigator that he had "punched ____ in the stomach."

The report also revealed texts it says were from Davis to one of his alleged victims, where he threatens to "beat you," "punch you," "I might kill you," among the threats.

From the Husch Blackwell report:  "Despite the allegations of earlier abuse, the severity of Lewis’ injuries, Davis’ acknowledgement that their relationship was “volatile,” and Davis’ admission that he “punched” Lewis, the University took no interim action to suspend Davis and also did not issue a no contact or other protective order to separate Davis and Lewis.177 This was an error."

The report says that "The reality is that the University was not equipped to handle a case this complicated. Equally clear is that these are precisely the sort of cases Title IX offices must be prepared to respond to."

But the report also states that one of the complainants frustrated the process, but, "Ultimately, the most appropriate and effective intervention was something LSU had little control over—Davis needed to be prosecuted and jailed."

From Husch Blackwell report:  "While at LSU, Guice was accused of misconduct that implicated the University’s Title IX policies at least three times. For reasons discussed in more detail below, none of those accusations of misconduct were investigated by the University and Guice was never disciplined for any of these reports. It bears noting that Guice’s attorney has adamantly denied that Guice engaged in sexual misconduct while at LSU. "

Two of the accounts against Guice accused him of sexual assault or rape, the third of him taking a nude photo of a woman without her permission.

The Husch Blackwell report states that Guice was never given any disciplinary action or even notified of the reports.