Reese is the only swimming coach to win NCAA team titles in five separate decades, according to UT. 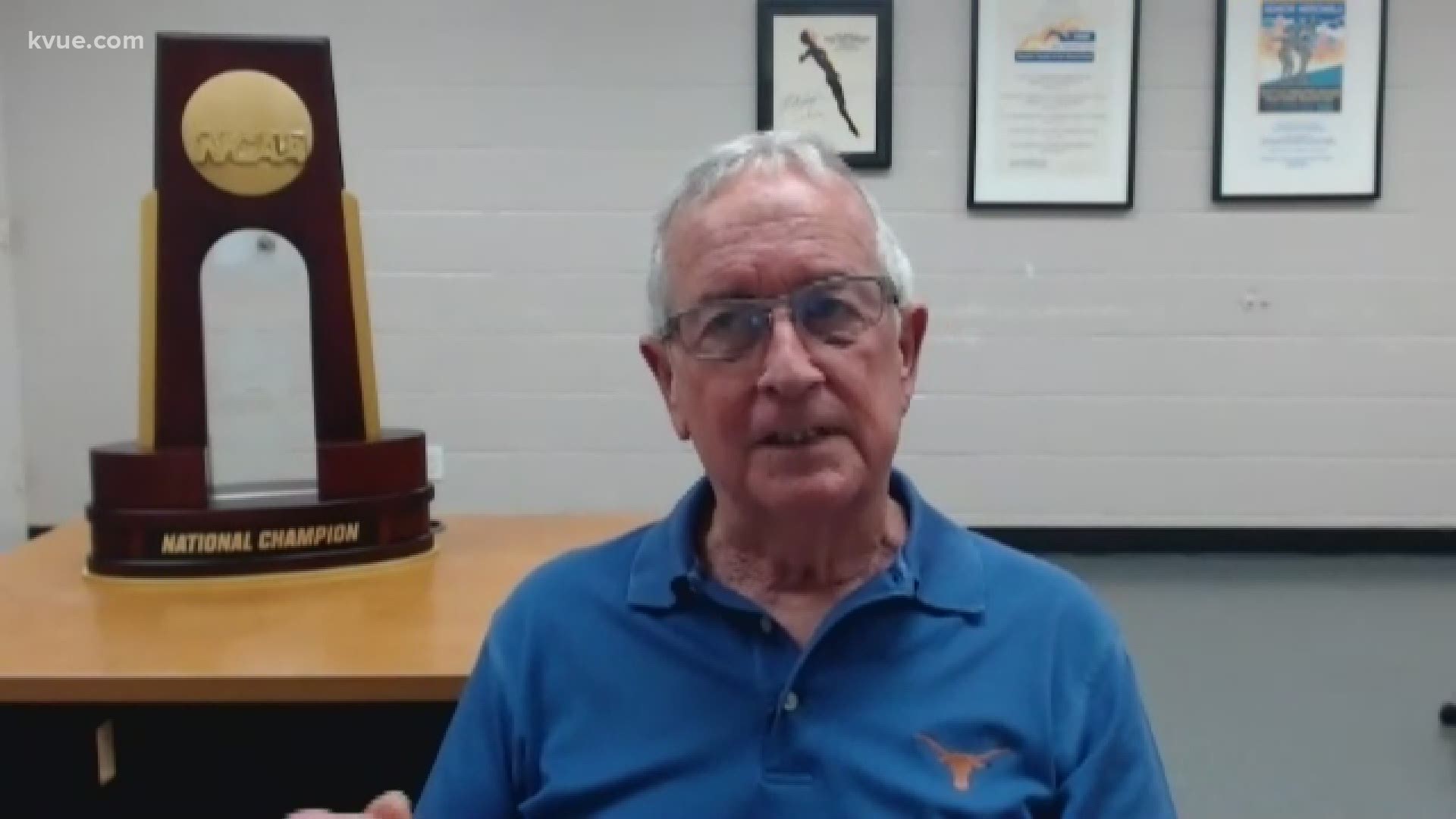 AUSTIN, Texas — Fresh in the wake of a 15th national championship, Eddie Reese has decided to hang up his towel – for the most part.

Coach Eddie Reese will retire (effective after the Summer Olympics), but will remain a part of the Longhorns program, in an emeritus role.

"Where we are today and where I am today is made possible by everyone who has swum here before and is swimming here now," Reese said. "They are such a big part of the success of this program. When people get together with the mindset of accomplishing something, even though it is tough during that year in time, it just adds up to something truly amazing. I want to thank those guys who trusted me, did all the hard workouts and made the sacrifices in and out of the water. It has been an honor for me to be a part of this program."

"I am going to be a coach emeritus. That means I can still help and I want to do that. It's important for all of us. Working with swimmers has been one of the true joys of my life, and I definitely want to keep doing that," Reese said. "In my long life, I've discovered that the most important thing for us to do in this world is help others, whether it be for something simple or complex. Coaching allows me to do that."

Reese was the only remaining coach on staff at UT who was hired by former athletics director and Longhorn legend Darrell Royal.

"Eddie Reese is truly the greatest coach ever," said UT Vice President and Athletics Director Chris Del Conte. "His records speak for themselves, but the way he led his program, trained and prepared his student-athletes to perform at their best in the pool and all facets of their lives, is just exemplary and extraordinary. Nobody has or ever will do it better. There certainly is ... a level of sadness seeing our legend retire, but what a wonderful time it is to celebrate his amazing legacy. Rest assured though, while he will be stepping aside as head coach after the Olympic Games this summer, we are fortunate that he's agreed to continue on in an emeritus role with our program. Thankfully, that will allow his impact with our student-athletes to carry on."