Herman said if someone tests positive within 48 hours of the plane ride, two rows in front and behind the player would be ruled out as well, even if they wear masks. 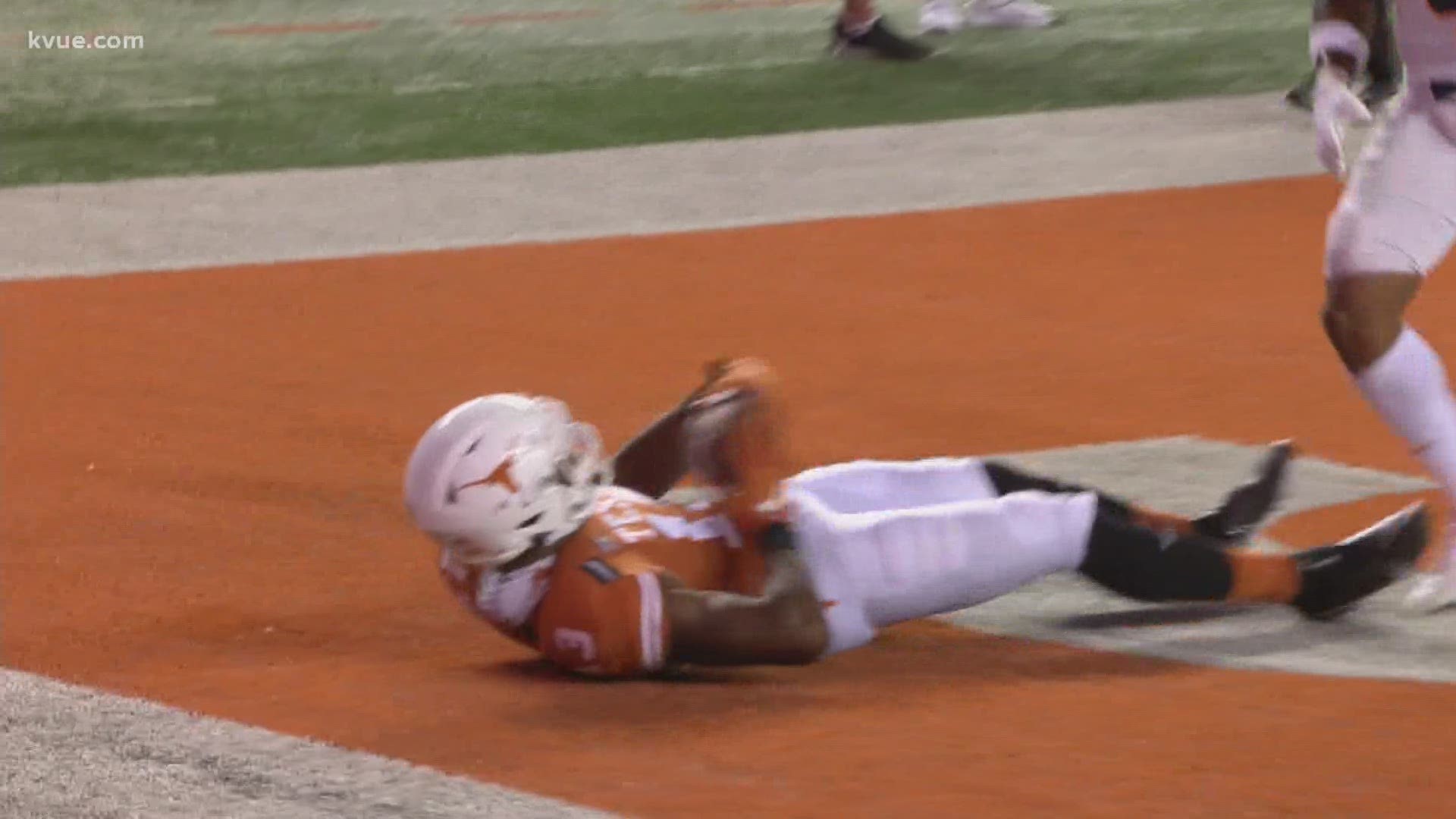 AUSTIN, Texas — As if football during a COVID-19-ridden 2020 season could not get any more weird, it seemingly has.

The Texas Longhorns – and it wouldn't be surprising if other college football teams were doing this, too – are strategically seating players on the plane to mitigate who could potentially be ruled out of ball games due to contact tracing COVID-19 protocols.

Texas head coach Tom Herman told the media Monday that the University of Texas would strategically seat players on the plane ride to Lubbock because if someone tested positive within 48 hours of the plane ride, then whoever is seated two rows in front of or behind said player is also ruled out, even if those players are wearing a mask.

Who would have ever thought coaches would have to strategically place players on the plane to mitigate the potential of losing them for games, whether they tested positive for coronavirus or not?

Herman also said UT players will not have roommates on the road at Lubbock for the same reasoning.

On a lighter note, the Austin American-Statesman's Cedric Golden followed up asking if Sam Ehlinger would sit in the cockpit of the plane.

"He's going to fly on his own plane," Herman responded jokingly.