Sky-high resale prices won't be the only thing different about games this season. On Wednesday, UT announced a series of game day updates and enhancements. 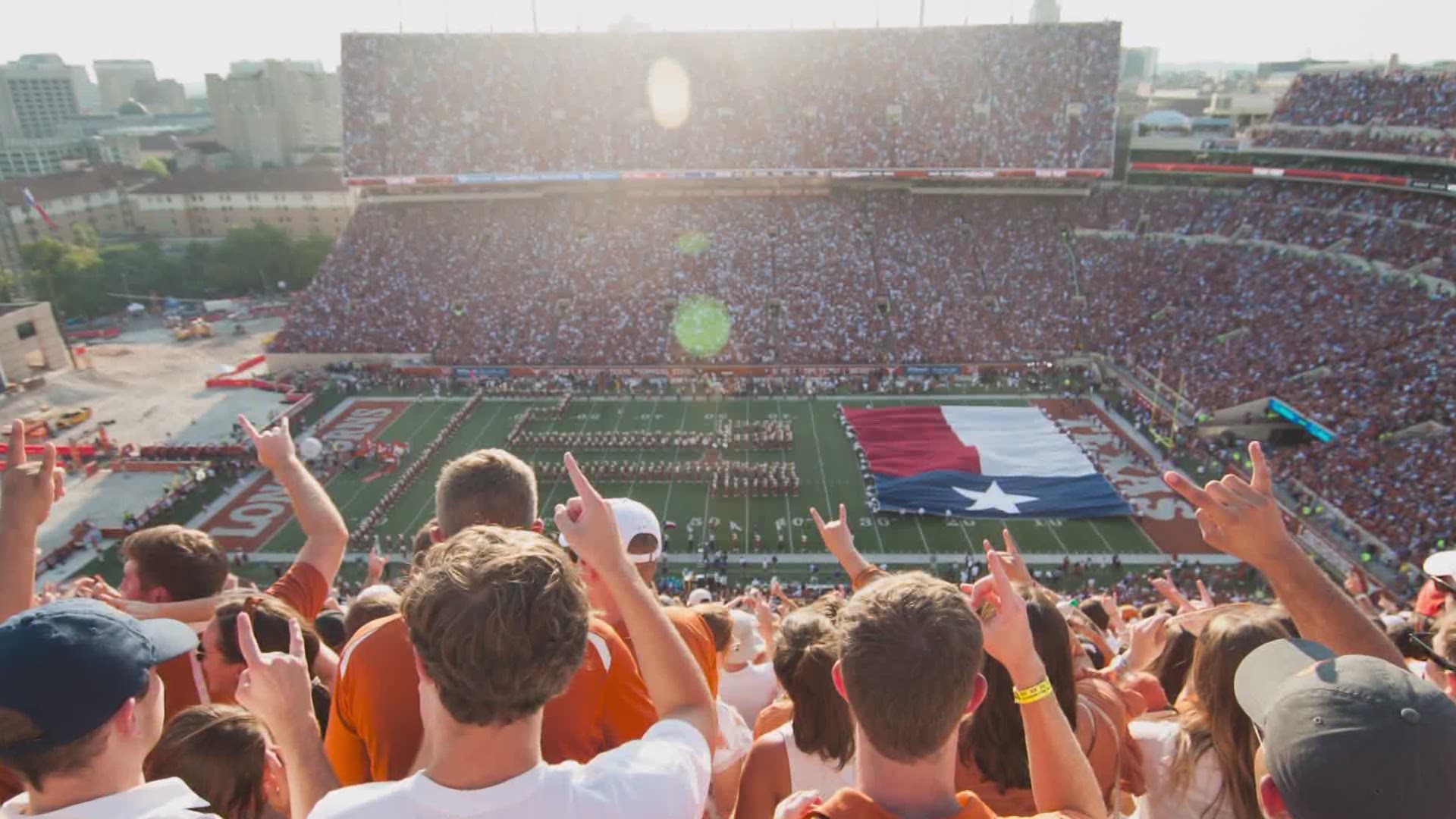 AUSTIN, Texas — If you're not a Texas Longhorns season ticket holder, you're going to have an even tougher time getting into a football game this season.

Darrell K. Royal – Texas Memorial Stadium's capacity will be capped at 25% this fall. So, instead of about 100,000 fans, just around 25,000 will be allowed in. And the University of Texas plans to honor as many season tickets as possible.

But as you might expect, some will be trying to sell their seats to the highest bidder online. For the season opener at DKR on Sept. 12, against the University of Texas at El Paso (UTEP), resale prices on StubHub range from $80 to up to $600 close to the field. And that game has by far the least expensive tickets for a game in Austin.

How about the conference opener against Texas Tech University in Lubbock on Sept. 26? On StubHub right now, a spot in the nosebleeds will cost you more than $400 per ticket. Spots a little lower down in the corner of the stadium are cheaper, but still around $250 a piece.

Sky-high resale prices won't be the only thing different about UT games this season. On Wednesday, the university announced a series of game day updates and enhancements, including:

You can find out more about UT's game day changes, including information about game day parking changes, here.