At 31 years old, no athletic director in America is younger than Richard Duran. He's ready to roll at UIW. 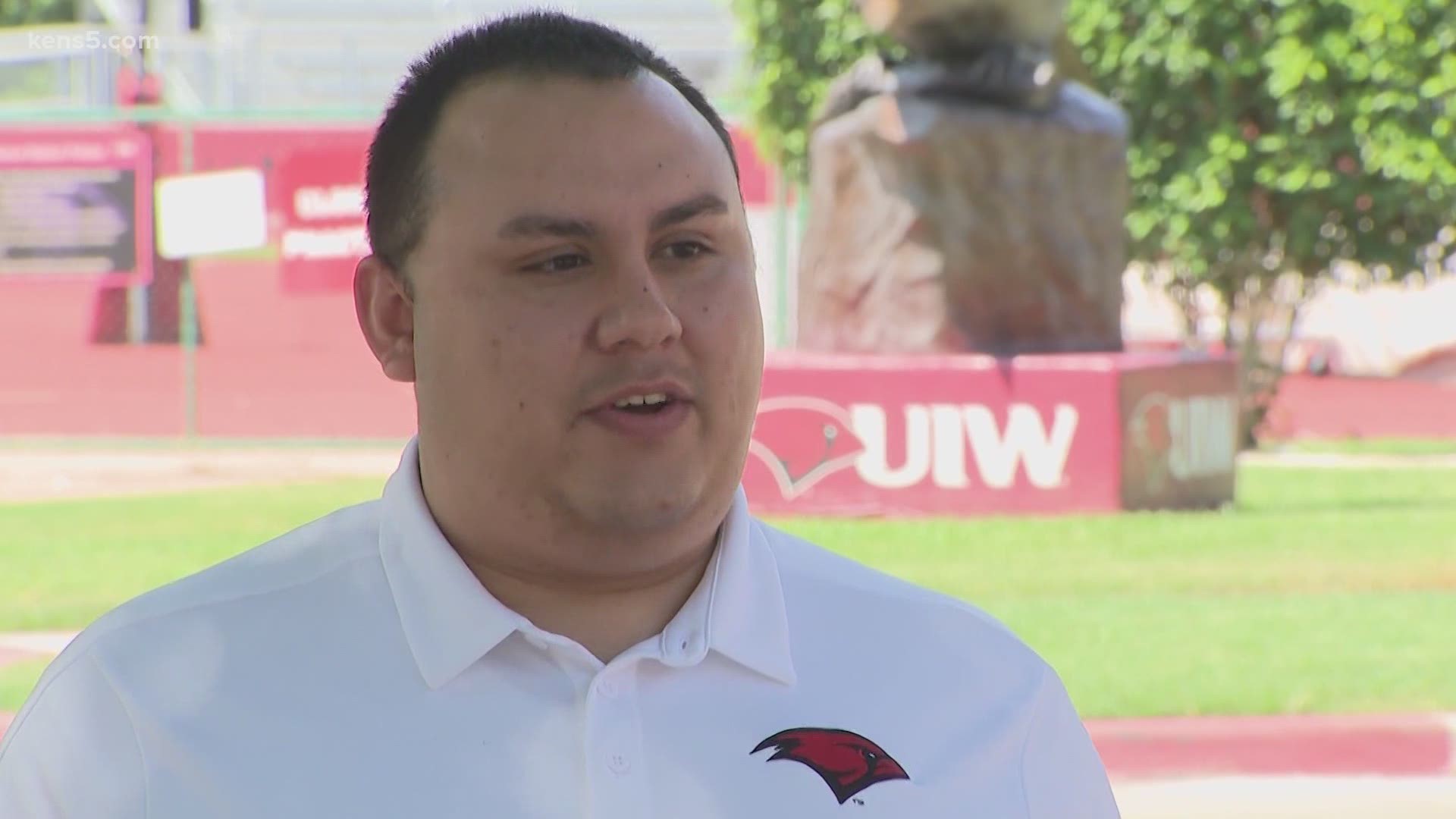 SAN ANTONIO — In August of 2019, Richard Duran earned the interim athletics director tag at UIW. After a full season of action, the administration did not hesitate to give him the job permanently in June.

"It was a dream come true for me personally and to do it at an institution like UIW, it was just the perfect fit," Duran said.

The California native is one of nine Division I Hispanic ADs in the United States. Also, at 31 years old, he is the youngest sitting athletic director in America.

"To get this opportunity and have the university put their faith and trust in me to lead this program into the future—it's just an honor and a privilege," Duran said. "Every day I remind myself of how lucky I am and how every day I have to return this opportunity and make sure we're doing a great job because of the leap of faith they took on me."

Duran always knew he would be an athletics director; he just did not know it would be this soon.

"If you ask my father, it took me a little too long to get to this role, which I laugh about," Duran said. "I had my my heart set on 35 (years old) and to do it four years before my my goal, it means a lot to me."

Growing up in the Greater Los Angeles area, his early goal in life was to be a high school football head coach. But while in college, his mentor said, 'Why would you be the head coach when you can be the head coach's boss?'

At that point, his career path shifted and he is humbled by this opportunity.

"Again, I got really lucky," Duran said. "Had some great mentors along the way. Got lucky to land at UIW and really it was just perfect timing for me."

Now it is time to get to work.

"In the next five years, we have a lot of work and I talked to the team about closing the gap with the rest of Southland Conference from facilities, from revenue generation, from competitive excellence," Duran said. "What we're doing in the classroom, the community and the community service initiatives we're doing—it's to close the gap with the rest of the league and really become one of the top contenders in the Southland Conference."

RELATED: NCAA will allow student-athletes to profit off their names, but will local players benefit?