The Texas State Bobcats began their spring practice for the 2020 season on Tuesday. The Bobcats look to improve on 2019's 3-9 record. 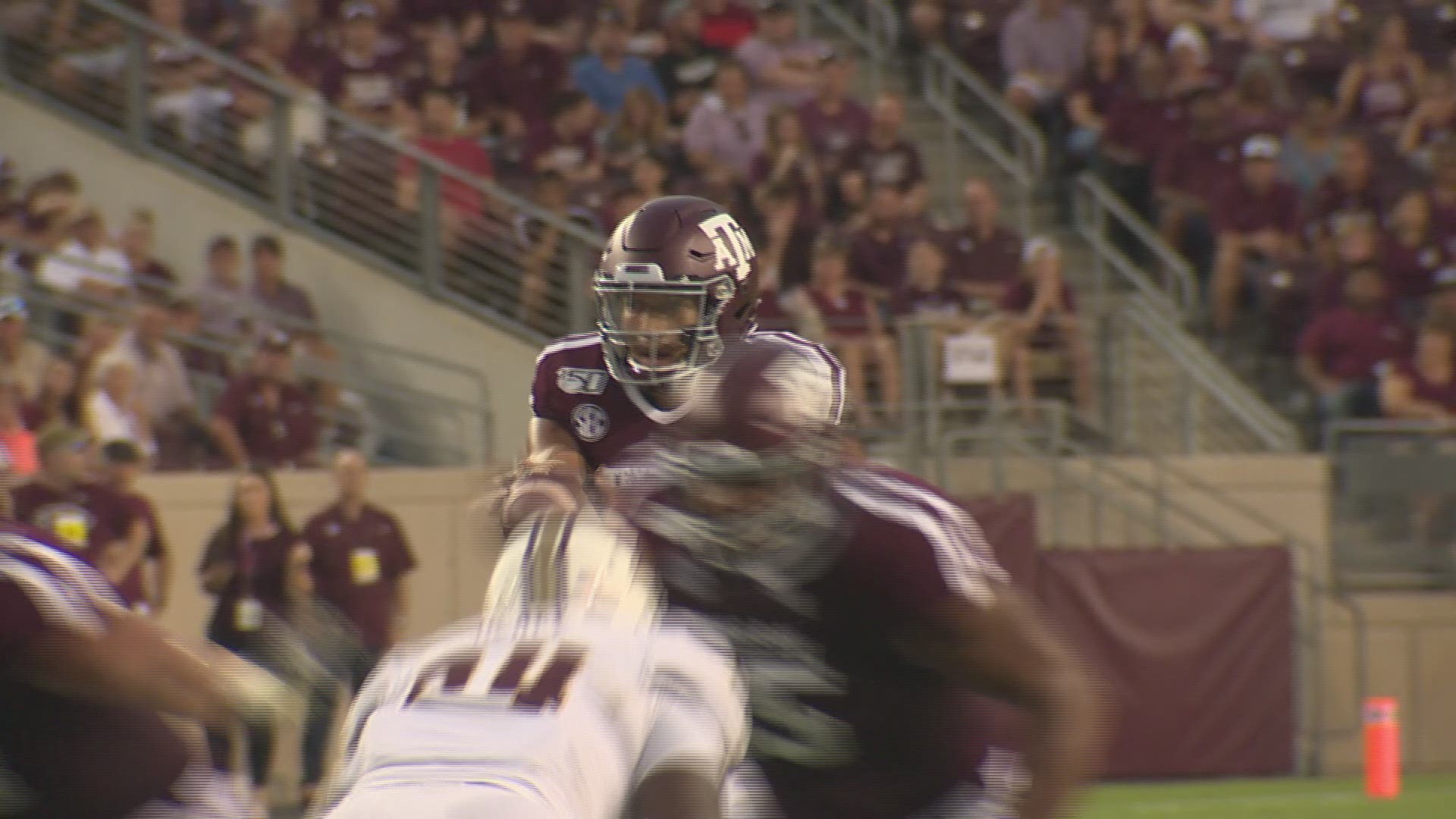 SAN MARCOS, Texas — After posting a 3-9 record in 2019, Texas State returned for spring practice on Tuesday with a clean slate and focused on moving in a positive direction with a new team and new identity.

"I thought they ran around well today ... they're always going to do that on day one," Texas State head coach Jake Spavital said. "Lots of energy. Lots of excitement. As a team, we've increased in length and I think we have a lot more athleticism out there compared to where we were at last year."

Spavital said he was excited to get back to play calling, something he said got him the job he has in the first place.

"It's a lot of fun getting back into the mix," Spavital said.

"We're still working at that," Spavital said. "That's the thing, when I challenged them after practice. Everybody has good energy and excitement on day one. Can we have that in practice seven, practice eight? Can the leadership increase there?"

Eleven of Texas State's 2020 signing class practiced with the team and Spavital pointed to the defensive back group as a standout. Offensively, Spavital noted Marcell Barbee and Drue Jackson in the wide receiving corps.

Spavital made it clear in the press conference Tuesday that starting jobs are open for the taking, including quarterback. Quarterback was the first position Spavital mentioned when asked about which position battles he was intrigued to see develop over spring camp.

Did Matthew McConaughey give us a look into the new $338M UT basketball arena?