A&M is not happy the ‘Horns are moving to the mighty SEC they say? Sure, maybe, but they understand the importance of having ‘that’ game. 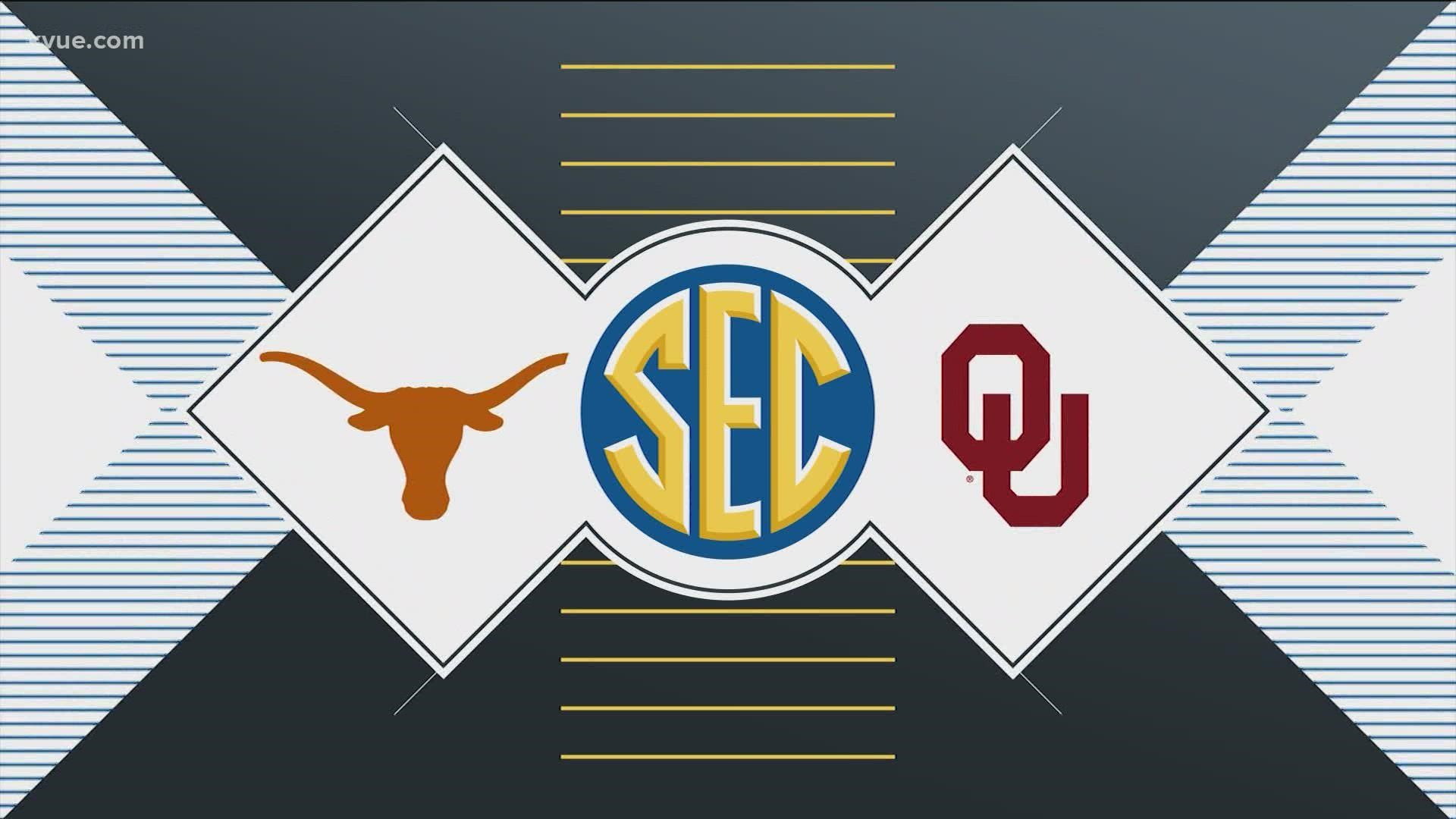 TEXAS, USA — With due respect to Texas Tech, Baylor and TCU, 'the’ game in the great state of Texas is finally coming back, in some form or fashion.

We don’t know logistics yet. Every year? Every other? That’s all to be determined, but, finally we'll see the Texas Longhorns and the Texas A&M Aggies playing football again.

A&M is not happy the ‘Horns are moving to the mighty SEC they say? Sure, maybe, but trust me, they understand the importance of having ‘that’ game. It was played for nearly one hundred years (1915-2011), and not once since the maroon moved to the SEC.

And don’t get ME wrong either. I was born and raised on the former Big Eight eventually evolving into the Big 12. That’s my DNA. That’s the conference my football blood knows inside and out. The thought of it dissolving sooner (no pun intended) than later breaks my heart. We’d all seen the conference teetering on that slippery slope for several years now, but I still, I guess, refused to accept that the Big 12 might ever fall by the way of history.

Of course the end is not guaranteed. The conference still has enough staying power and legitimacy to attract some new members between now, and probably sooner (again no pun intended), than 2025. Many national pundits have suggested the University Of Houston as at least once replacement for the two signature stars leaving for the Southeastern Conference, and I’d agree with that. It’s a small start, but its an initial move that would make sense for the Big 12 and the Cougars.

But getting back to this UT thing, and Oklahoma. I said recently that I really can’t be upset with Texas and OU. The almighty dollar in college athletics, football especially, is powerful, and unforgiving, truth be told. Alabama vs Oklahoma in October? Texas vs LSU in November? Wow! And, yes, just maybe, the Aggies and Longhorns playing Thanksgiving weekend. The football universe in this state would be right once again.

Texas views the Aggies as their little brother. Even now they do. That’s never changed. Texas A&M hates the University Of Texas, and I can’t stand using that word. Normally never a part of my vocabulary. The word ‘dislike’s usually is. But ‘dislike’ falls short when describing the emotions of these two in-state rivals.

The Aggies have done everything in their power to separate themselves from the Longhorns, border collies included. The University Of Texas thinks they’re better than everybody else in the state, right? Well here we go! Prove it!