There is no better year for an expanded playoff system than 2020, yet a committee will determine the four best teams in College Football. 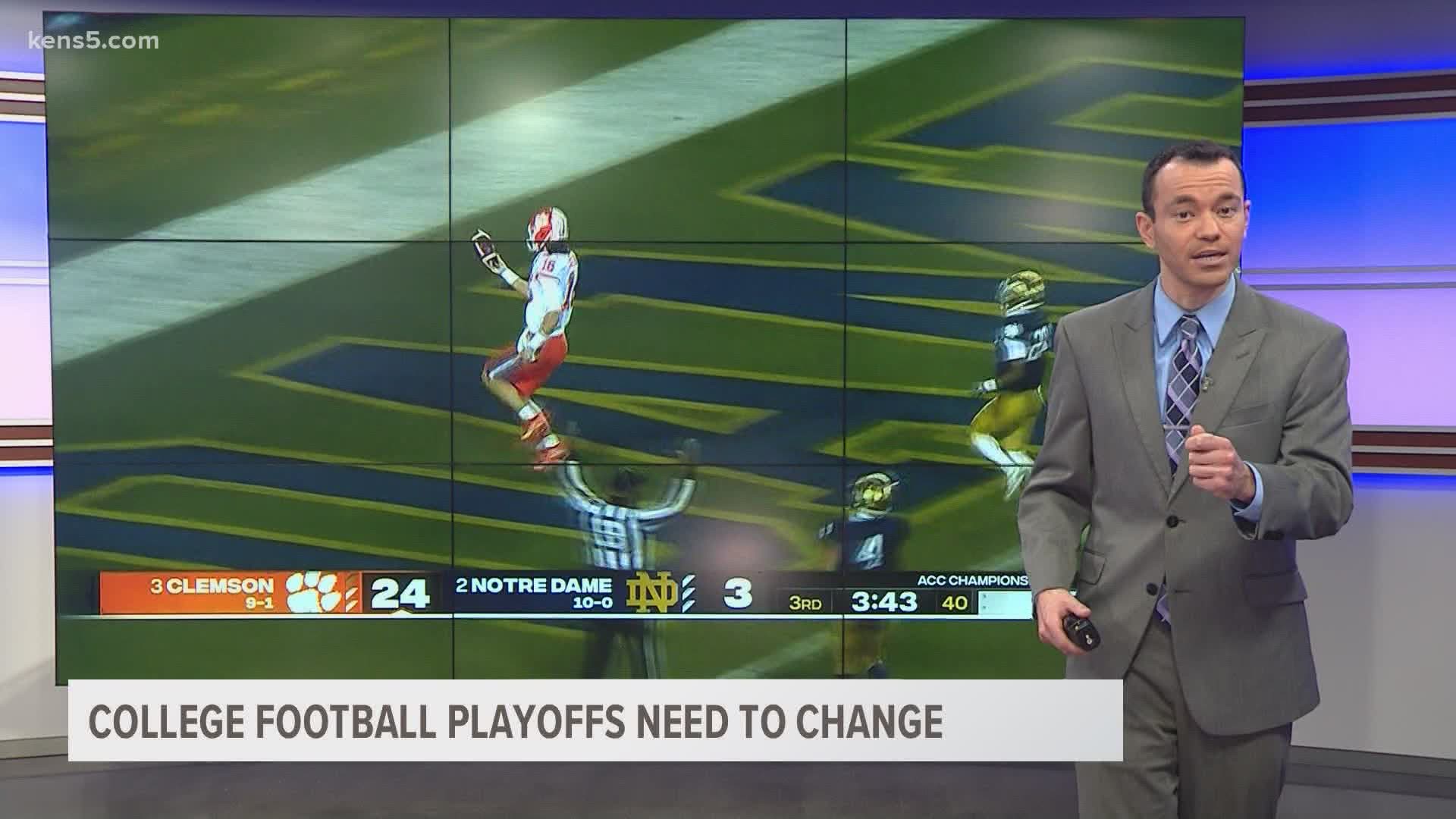 SAN ANTONIO — Immediately after Texas A&M's 34-13 win against Tennessee, the Aggies' head coach was asked a question: "Why do you think Texas A&M is deserving of a Top-4 playoff finish?"

Jimbo Fisher, seconds after a game, now must make his case like a lawyer.

"Let me tell you why: We play in the best league in ball," he responded. "We got beat by the No. 1 team in the country who also had another superstar on their team...named (Jaylen) Waddle. People aren't even playing them with him now. No team in SEC history has ever lost one game and not been in it. Other leagues, I love them all, if we can't play in this league and be in the playoff? Something is wrong."

Fisher's argument is a bit misleading. Yes, no SEC team with one loss has ever missed the College Football Playoffs, but that is with a non-conference schedule. Plenty of teams with only one SEC lost have missed the postseason berth.

Regardless, the Aggies now play the waiting game.

Notre Dame got smacked by Clemson in a rematch, but also has two Top-25 wins.

Texas A&M has one.

I don't know. As the Big Lebowski once said, "That's just like your opinion, man."

I think we can all agree the College Football Playoff selection process is a joke.

Nicole Auerbach of the Athletic said the College Football playoffs are not playoffs, but an invitational.

In six years, we have had Alabama and Clemson fives times. Ohio State and Oklahoma are the only schools making it more than twice and maybe Notre Dame joins them soon.

Seven schools have made it once.

Unless a Power-5 school builds a dominant resume (think of LSU last season), the same cast of characters will get their invite because they always get the benefit of the doubt.

"But Evan," you say, "the Clemsons and the Alabamas and the Ohio States are just going to win every year anyway."

You're probably right. The best recruits in the country go to these schools.

But, if you want to build the brand of college football, if you want to engage the fans, please let programs who have deserving resumes battle it out on the field...and lose.

At least a decision was made on the field versus some committee which has shown zero consistency throughout the years.

As we all know, sports fans love the playoffs.

Why do you think professional leagues have continually tried to add teams?

The NFL just did it. The NBA added a silly play-in game. The MLB is looking to get more than the 10 you see here:

Credit: KENS 5
The total number of teams making the playoffs per league.

FBS Football is the only entity holier-than-thou to treat its postseason like the gold ticket in Willy Wonka's Chocolate Factory.

Look, you almost never make the Super Bowl without a bye. Eighty-eight percent of the time, the March Madness champion is a top-3 seed. The Lakers and the Celtics have made the NBA Championship a combined 53 times.

Winning a title is insanely hard and the same cast of characters emerge victoriously, but having the opportunity is what lures us in each and every year.

Right now, that opportunity is not available for 90 to 95% of FBS programs.

So what's the solution?

Let's use the current college football playoff rankings to build out an 8-team playoff (I know this isn't what it will look like when it's all said and done):

Between Notre Dame-Florida and Ohio State-Texas A&M, committee debates are determined on the field. Great matchups!

Still, some quality teams are left out like Oklahoma, Cincinnati and even Coastal Carolina.

I got a better solution.

Best 12 teams in the nation.

Top four squads get an auto-berth into the quarterfinals.

A non-Power 5 team has a legitimate shot to play for a championship and now, when you talk about teams missing out, it is North Carolina, Iowa and BYU. We can live with that.

Credit: PrintYourBracket.Com
This is what a 12-team CFB playoff could look like.

We're entering the seventh year with this system and it's time. Four teams is not working.

Let's decide it on the field.

Most importantly, let's have more fun.