The Roadrunners plan to start its non-conference schedule on November 25. 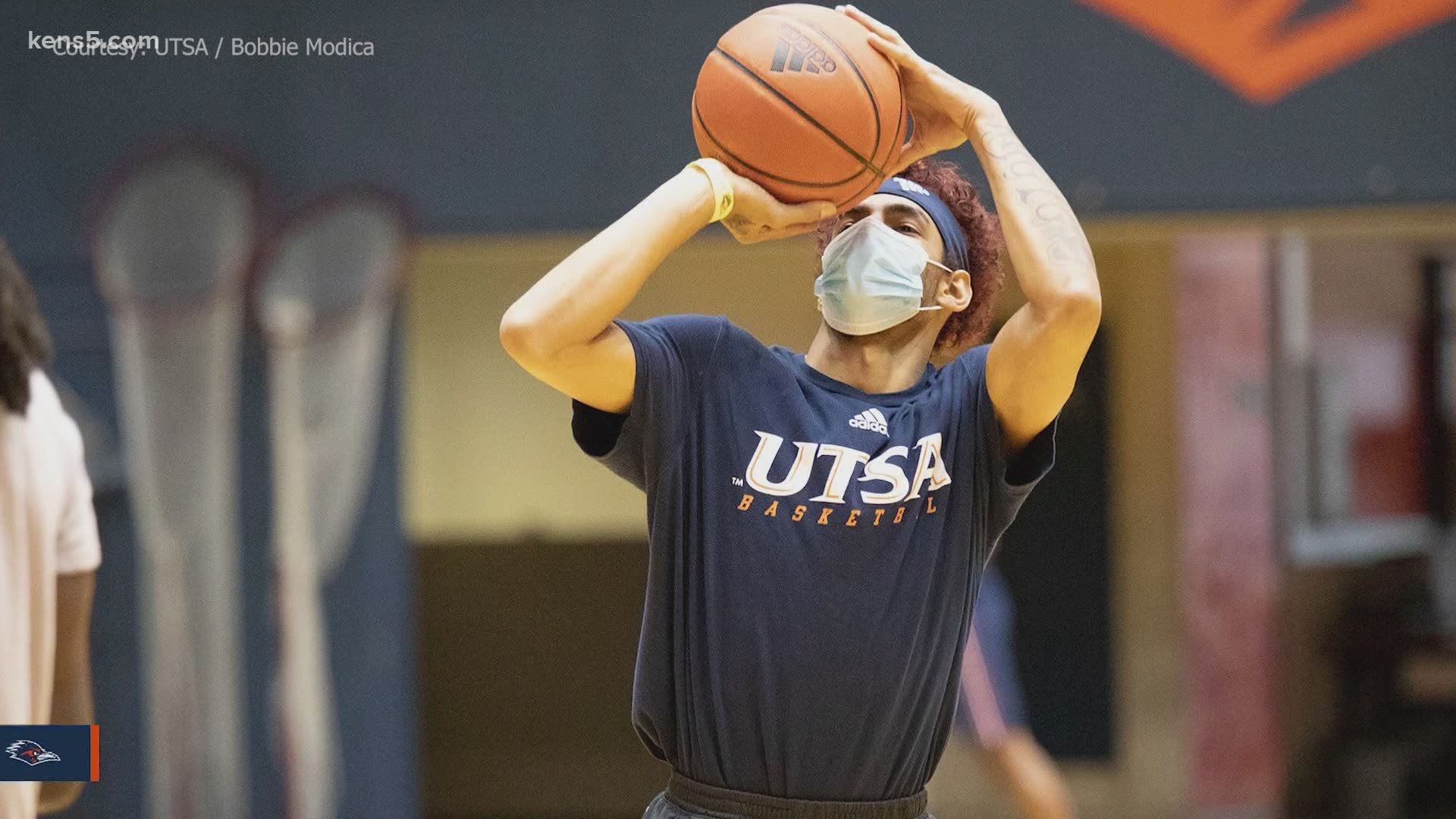 SAN ANTONIO — The UTSA basketball team is well aware of the upcoming challenges with the new season.

Expecting the unexpected is the new norm with sports during the pandemic.

Senior guard Keaton Wallace said, "We understand that everything is not going to go as it usually goes. We can't do the things we usually do, so we expect to embrace that and make do with what we got."

One of the key changes for 2020-2021 is the 18-game Conference USA schedule. To limit travel, squads will play two matchups against the same opponent in the same gym. (Except your program "rival." That will continue to be a home-and-home series)

C-USA announces basketball format changes to ensure the health and safety of our student-athletes.

"Ultimately every coach, when we were on those (Zoom) meetings, said we want to play," Henson said. "Whatever gives us the best chance to play games."

If the season goes sideways, that’s OK. The NCAA has allowed all players to have a free year of eligibility.

Masked up for hoops.

It might be with an asterisk, but Jhivvan Jackson could very well break Pete Maravich’s 50-year-old record for most points scored (3,667) in a collegiate career if he takes advantage of this one-time deal.

"I think that's a blessing, not just for me, but for everybody around the country," Jackson, who has 2,053 career points, said with a smile. "If I'm not satisfied with the season and how things go after, I might be back. For sure."

A lot has changed and will change for UTSA, but the goal remains the same.

"Win more games," Wallace said. "Last year we came up a little short. This year we expect to do more. That's what we've been preaching in practice. Do more."