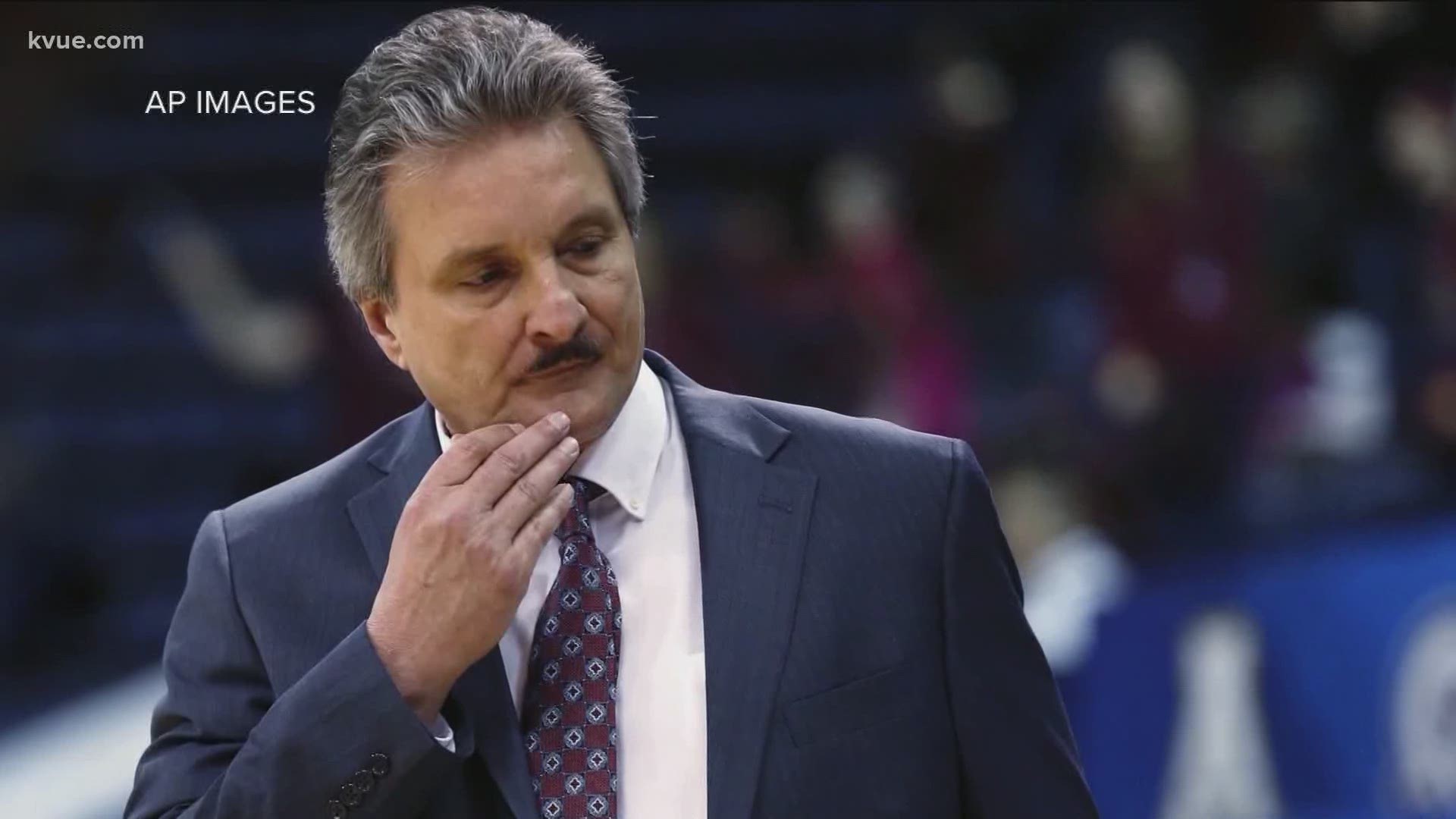 This follows multiple former Texas State players taking to social media on Thursday to depict examples of racism they experienced while playing for Kaspar.

"I am aware of the allegations of former Texas State University men’s basketball players regarding racially-biased comments attributed to men’s basketball head coach Danny Kaspar," said athletic director Larry Teis. "I personally find these allegations deeply troubling. I, and the entire Department of Athletics staff, take the concerns expressed by our former student-athletes very seriously... It is our top priority to fully cooperate with the investigation."

On Thursday, Jaylen Shead, the Bobcats' starting point guard in 2019, detailed his experience playing under Kaspar and, ultimately, his decision to transfer after the season.

Shead recounted instances where Kaspar told players to "chase that chicken" to get them to run faster, threatened to have players deported if they messed up, and prohibited players from wearing durags or earrings because it made them look like "gangsters."

“We became numb as it was normal,” Shead said. “[Kaspar's] words were not only insensitive to the black community, but others as well. I chose to leave because I knew I’d eventually say something and I was afraid I wouldn’t be able to play anywhere or get a coaching job as I want to one day.”

After Shead’s statement on Thursday night, another former Texas State men’s basketball player, Alex Peacock, doubled down on the allegations, saying, “I stand with my boy Jaylen and everything he says 100%.”

Before becoming head coach of Texas State in 2013, Kaspar was head coach of the men’s basketball team at Stephen F. Austin State University.

On Sept. 2, The University Star reported that Kaspar remains on leave without pay.