Before Drew's program hoisted a national championship trophy, or cut down the nets, there was a tremendous rebuilding effort that had to take place. 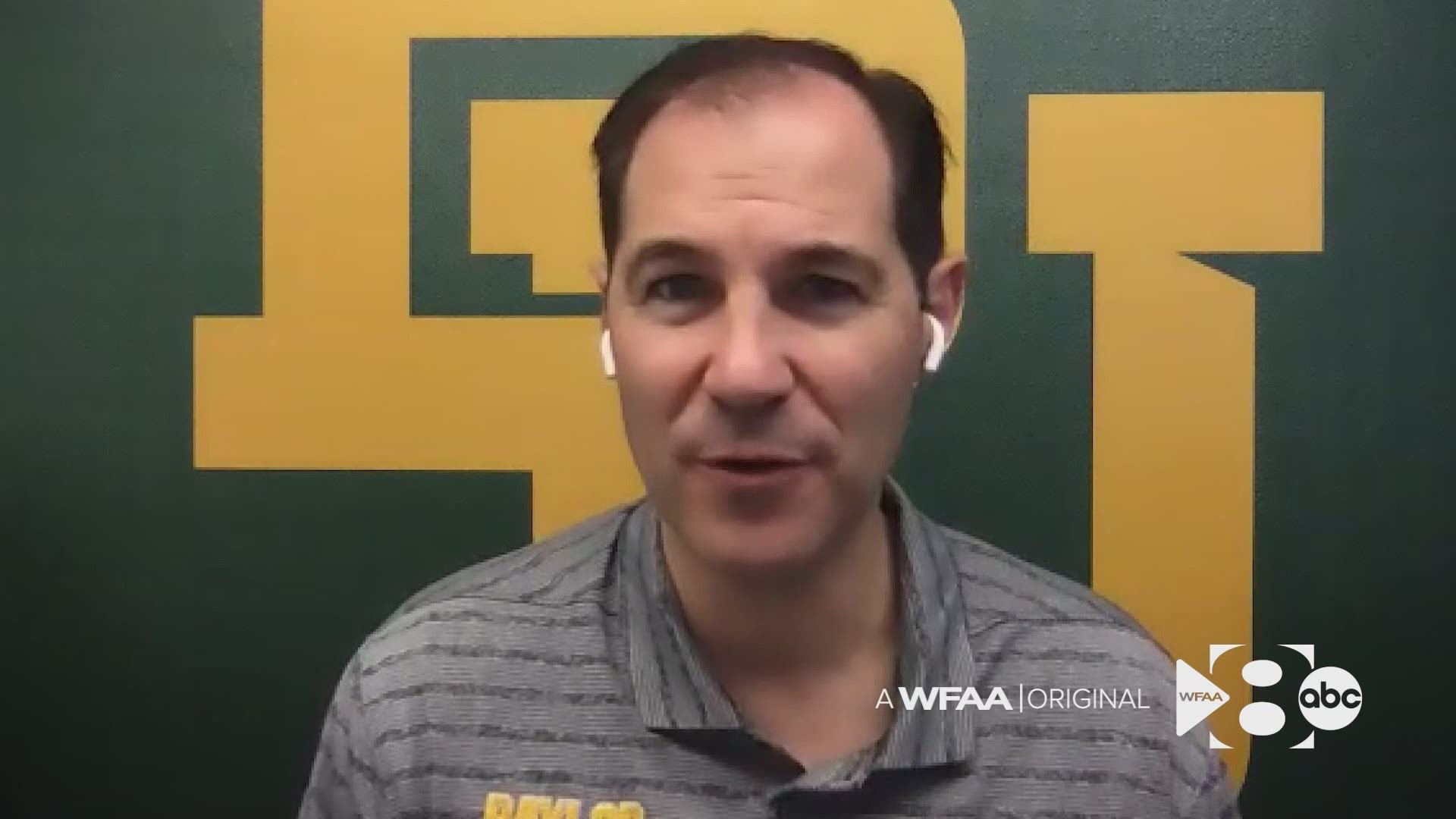 "For 18 years, you have all these people that support you and believe in you," head coach Scott Drew said. "Now you win a championship, and they’re able to celebrate it, and be excited about it, and be a part of it. That makes it that much more rewarding and exciting for us."

The Bears had run Gonzaga out of the gym on that first Monday night in April, capping off a dramatic season that included a pause due to COVID-19. All year, Gonzaga and Baylor were considered the No. 1 and No. 2 teams in the country. Turns out we just had them backward.

But before Drew's program hoisted a national championship trophy, or cut down the nets, there was a tremendous rebuilding effort that had to take place. Because this Baylor program was once as low as a program could be.

"People remember that summer, 2003, when something bad happened down in Waco," former Baylor player Matt Sayman said. "But most people don’t really know how far to the bottom we were."

The 2002-03 Baylor basketball team was quite talented. Two future NBA players were on the roster of a team that mustered a .500 record. But between Lawrence Roberts and John Lucas, and incoming New Mexico transfer Patrick Dennehy, there was optimism that 2003-04 would be a good year for then-head coach Dave Bliss' Baylor Bears.

But the murder of Dennehy, by fellow Baylor teammate Carlton Dotson, turned the entire program upside down. Dennehy and Dotson were close friends. But a disagreement between the two led to a shooting.  Dotson would eventually admit to killing Dennehy and leaving him in a field in Waco.

The death of Dennehy led to an enhanced spotlight on the Baylor program. And that spotlight led to the discovery that Dennehy was attending Baylor without a scholarship, but he wasn't paying for his tuition.

That's because then-head coach Dave Bliss was allegedly making illicit payments of Dennehy's scholarship, outside of NCAA rules. In order to cover this up, Bliss tried to paint Dennehy as a drug dealer, in an effort to lead investigators to believe it was the drug money that Dennehy was using to pay his tuition. It backfired spectacularly when Baylor assistant coach Abar Rouse recorded Bliss as he outlined the plan. The Fort Worth Star-Telegram acquired those tapes in 2003.

"There’s nobody right now that can say that we paid Pat Dennehy, because he’s dead," Bliss was heard saying on the tapes. "So what we have to do here is create reasonable doubt. What we’ve got to create here is drugs."

Bliss was fired. Several players transferred out of the program, including Roberts and Lucas. Dotson went to prison.

And 32-year-old Scott Drew, who had just finished his first year as a collegiate head coach at Valparaiso, was hired, taking over the worst scenario any new coach has encountered in the history of college basketball.

Only a handful of scholarship players remained at Baylor. One of them was Matt Sayman, who had played three years under Bliss and had one year of eligibility remaining. Terrance Thomas stayed as well. They became some of the foundation for the 03-04 team. Sayman eventually wrote a book about the group who stuck around, called The Leftovers.

"The fact that they put Baylor first, and what they sacrificed for the university, we were thankful for those that stayed," Drew said.

But they only had between five and seven scholarship players that season (there were moments where players were in-and-out of the program for various reasons). So the cupboard was pretty bare for Scott Drew.

"I think what people thought when he was hired was, ‘they just couldn’t get anybody to take this job,’" said ESPN college basketball analyst Fran Fraschilla.

They had to hold tryouts from the general Baylor public, just to round out the roster.

"We were having to rely on students from Baylor, just to fill a team, and have practice," Sayman said. The leftover players hated it, because it was, as Sayman put it, just a reminder of how far the program had fallen.

But they needed players, so they held tryouts and that was an adventure.

"We walk into the arena, and there's a bunch of size and athleticism," Drew said, recounting his surprise on the day of the tryouts. "And we're like 'whoa, where have these guys been on campus?' So we called everyone over, and we say 'alright, where do you live, what year in school, what's your major?' A hand goes up, 'hey wait, coach, we gotta go to school at Baylor?' Yeah, you gotta go to school at Baylor to play at Baylor."

As you might imagine, the size and athleticism had to walk out of the gym after that conversation. Baylor was left with a few small, undersized walk-ons that rounded out the team.

But those eight wins were more than many expected. And the three Big 12 games they won that year were, frankly, shocking. And that group helped build the bedrock for the years to come.

"He kept talking about hope, and the future, and how we were gonna be a part of something special, a foundation for something," Sayman said of Drew. "And the truth was, in that moment, I wasn’t buying what he was selling.  But he had so much energy, that it was kinda contagious."

And that energy would eventually pay dividends. Baylor made the NCAA tournament in 2008. And they made runs to the Elite 8 in 2010 and 2012, both teams losing to the eventual national champion.  In a few short years, Drew had built a national contender.

"All of a sudden, the little kid in the neighborhood is growing up, and starting to beat you," Fraschilla said. "There was some resentment."

Resentment or not, Drew continued to push. And this year, that hard work culminated in the ultimate prize. And the national championship victory was shared by everyone who has donned a Baylor jersey under Drew.

"I was just kind of lost in that moment, thinking about how difficult that year was 18 years ago, but how worth it was, to get to see that now," Sayman said. "And thinking about how many other guys have paved the way, and how those coaches were positive and believed in this future before anybody else thought that it could be possible."

After the championship, Drew and his coaching staff sent t-shirts to every player who has played for them. A tangible symbol of their role in lifting this program up from utter disgrace, NCAA probation, scholarship limits, a year where they even played just half a season, to a decade of sustained success, and a national championship.

"What they accomplished this year," Fraschilla said, "culminates what I think is the greatest rebuilding job in basketball history." 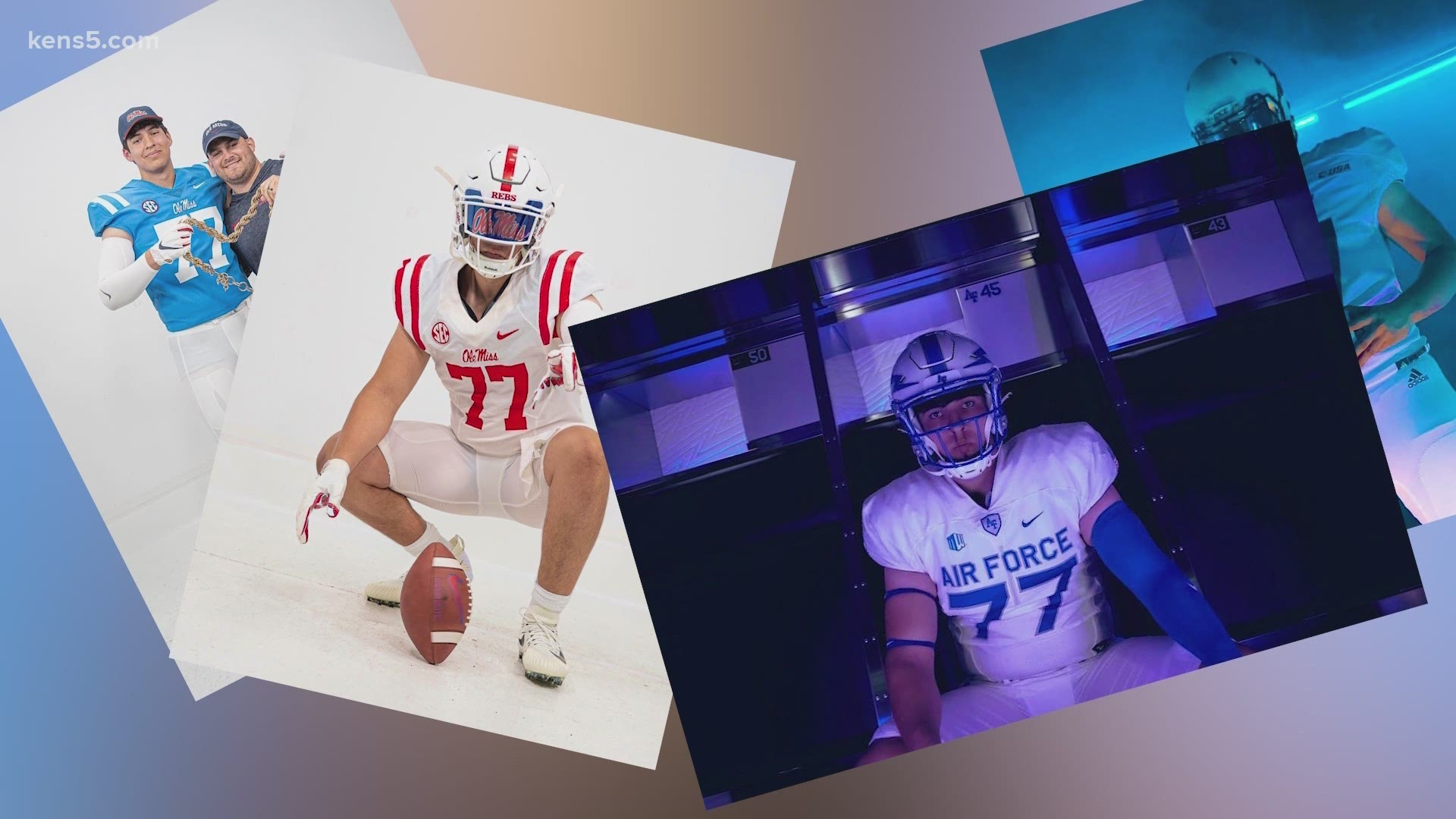