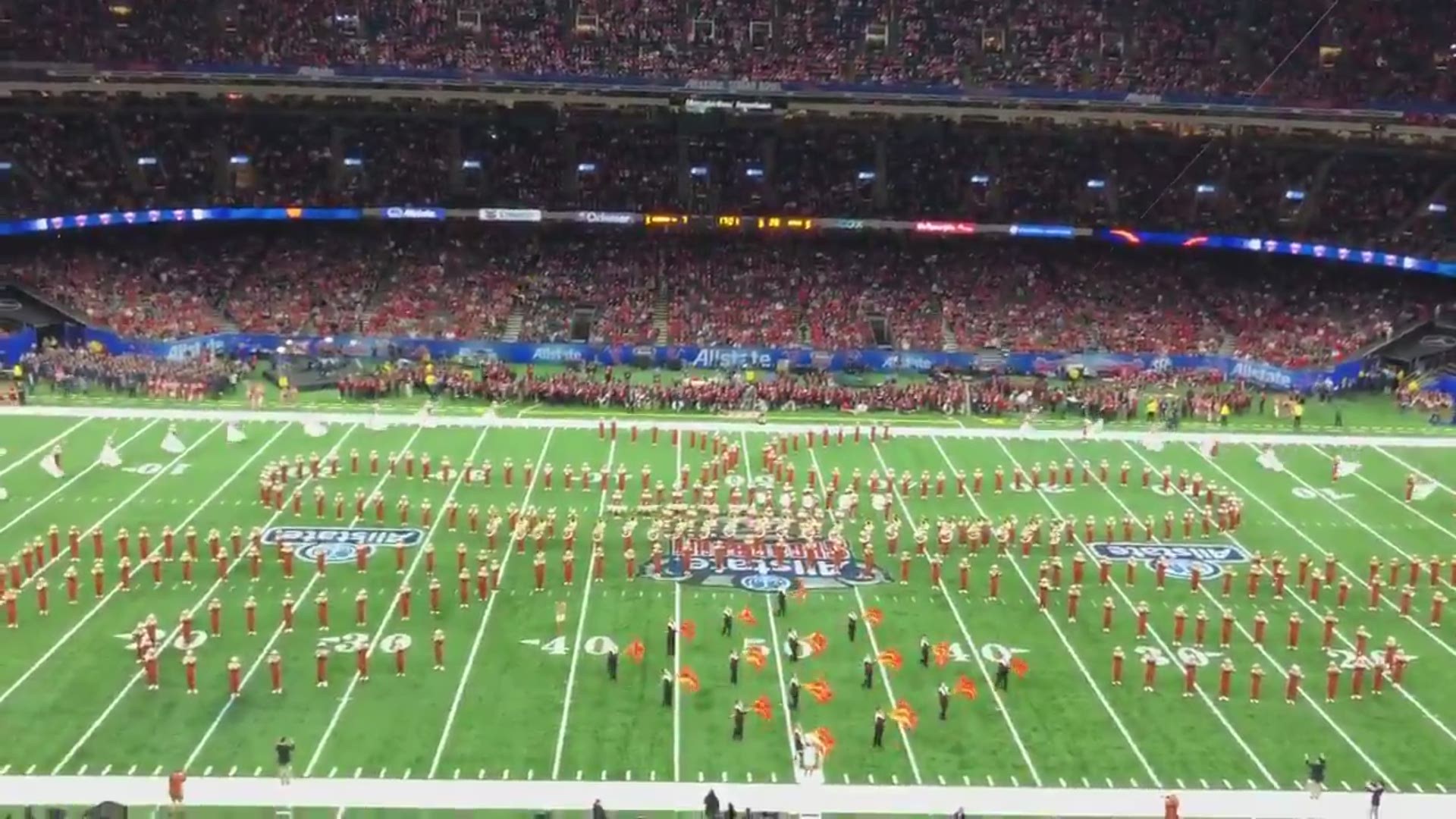 NEW ORLEANS — The University of Texas Longhorn Band (LHB), otherwise known as the Showband of the Southwest, had a special tribute in store for the Queen of Cumbia during the Sugar Bowl halftime show.

In between twirling flags and tooting horns, the marching band spelled out her name in cursive writing -- with people.

You can watch the performance here.