How to listen to the Texas-TCU football game

Listen to the Texas-TCU game here. 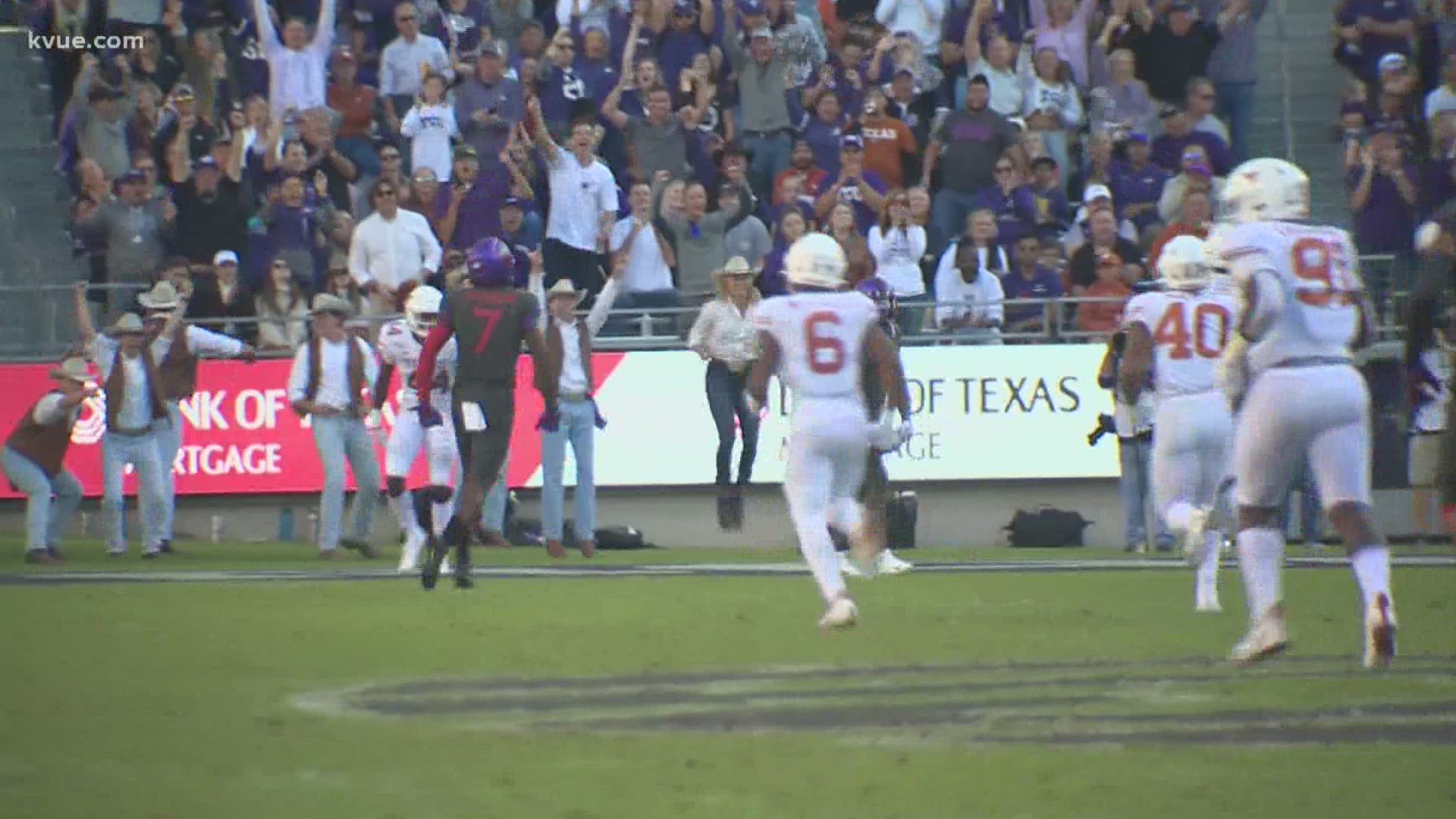 AUSTIN, Texas — The No. 9 Texas Longhorns take on TCU Horned Frogs Saturday in their second home game of the 2020 season. Kickoff is scheduled for 11 a.m.

How to listen and stream the game:

Everything you need to know:

Texas enters this matchup off an improbable comeback overtime win on the road against Texas Tech. UT was losing by 15 points with just over three minutes remaining and somehow found a way to leave Lubbock with a win.

Also, the Horned Frogs won only six of their past 39 meetings against Texas when they were still together in the old Southwest Conference through the 1995 season.

RELATED: Where does each Texas college football team rank in its conference?

However, Coach Gary Patterson and TCU have matched that win total in eight games since joining the Longhorns in the Big 12 less than a decade ago. TCU has defeated UT in five of the past six games, including in Fort Worth last season.

As for 2020, Texas senior quarterback Sam Ehlinger has 688 yards passing for 10 touchdowns with one interception. He had 321 yards and two TDs against TCU last season, but also had the only four-interception game of his career. As a true freshman the matchup last season, Max Duggan threw for 273 yards with two touchdowns and ran for 72 yards and another score in the Frogs’s 37-27 win. Duggan threw for 241 yards against Iowa State in his only half of action last week.