Texas Longhorns fall in Elite Eight after losing to No. 1 seed South Carolina

Texas' magical 2021 Cinderella run has come to an end with a 62-34 loss against South Carolina. 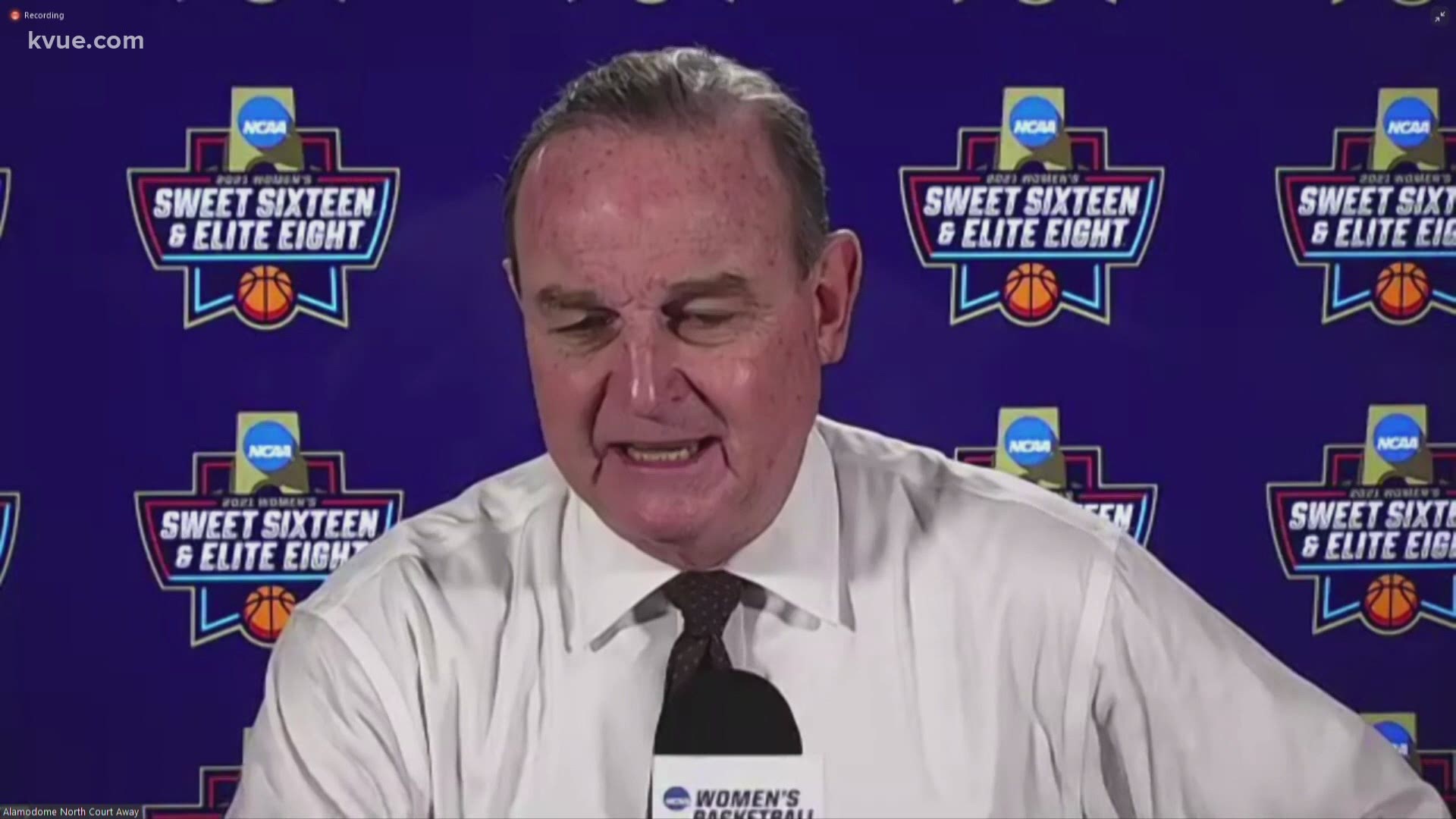 In the team's Elite Eight matchup with No. 1 seed South Carolina, the Gamecocks came out on top, 62-34. With the loss just before the Final Four, the Longhorns' first season under head coach Vic Schaefer comes to an end.

The Gamecocks are now 2-2 all-time against Texas with their last win coming at Texas during South Carolina's 2017 National Championship season.

Leading into the Elite Eight game, Texas had beaten multiple top-three seeds in a single NCAA Tournament for the second time, according to ESPN Stats & Info. The other instance came in 1986 en route to winning the national title. Schaefer and UConn head coach Geno Auriemma are the only coaches to appear in the Elite Eight each of the last four NCAA Tournaments.

Thank you from the bottom of our hearts.
We couldn't have made it this far without the support from our teammates, coaches, and fans 🧡

We'll see y'all next season 🤘 pic.twitter.com/BqqreT5xU1

UT star forward Charli Collier will enter the 2021 WNBA Draft, where she is expected to be the No. 1 overall pick.

Baylor coach calls for end of COVID-19 testing at NCAAs