The Texas Longhorns softball pulled off their biggest comeback of the year to knock off No. 8-seed Alabama, 7-5, and force a decisive game three for a WCWS berth. 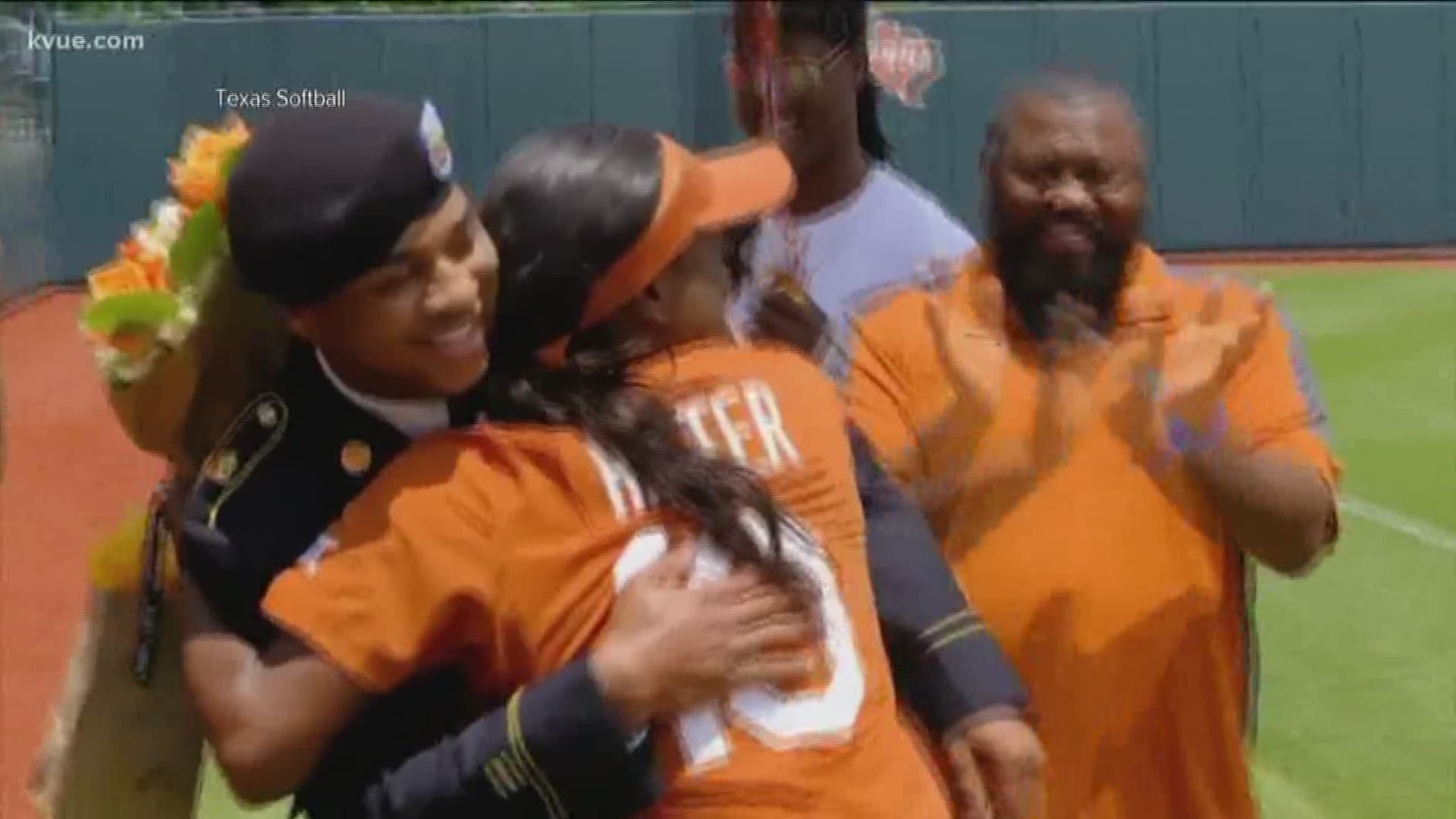 TUSCALOOSA, Ala. — Texas found a way to survive for another chance to advance to the Women's College World Series after completing the biggest comeback of their season.

The Longhorns defeated the Alabama Crimson Tide, 7-5, after trailing 4-0 in the second inning. Facing elimination, the four-run deficit was a scary situation for the Longhorns.

That wasn't the only scary moment of the game, either. Also in the second inning, sophomore pitcher Miranda Elish got drilled in the face as the Longhorns' catcher tried to throw a runner out at second base following a short bunt.

Elish was taken to the hospital, but was reported to "be doing well and the trip was just a precaution."

Texas A&M softball pitcher at Austin Regional: 'I don't particularly like this place'

A three-run home run narrowed the Crimson Tide lead in the third inning to just a single run, and then another solo shot tied the game in the fourth inning at 4-4. Texas continued to pile on runs in the fourth inning, exiting the frame with a 7-4 lead on Alabama.

Alabama narrowed the Texas lead to 7-5 in the fifth inning, but could not score any more runs for the rest of the game.

Texas will face Alabama in a win or go home Game 3 in the Super Regional. The winner will advance to the Women's College World Series.