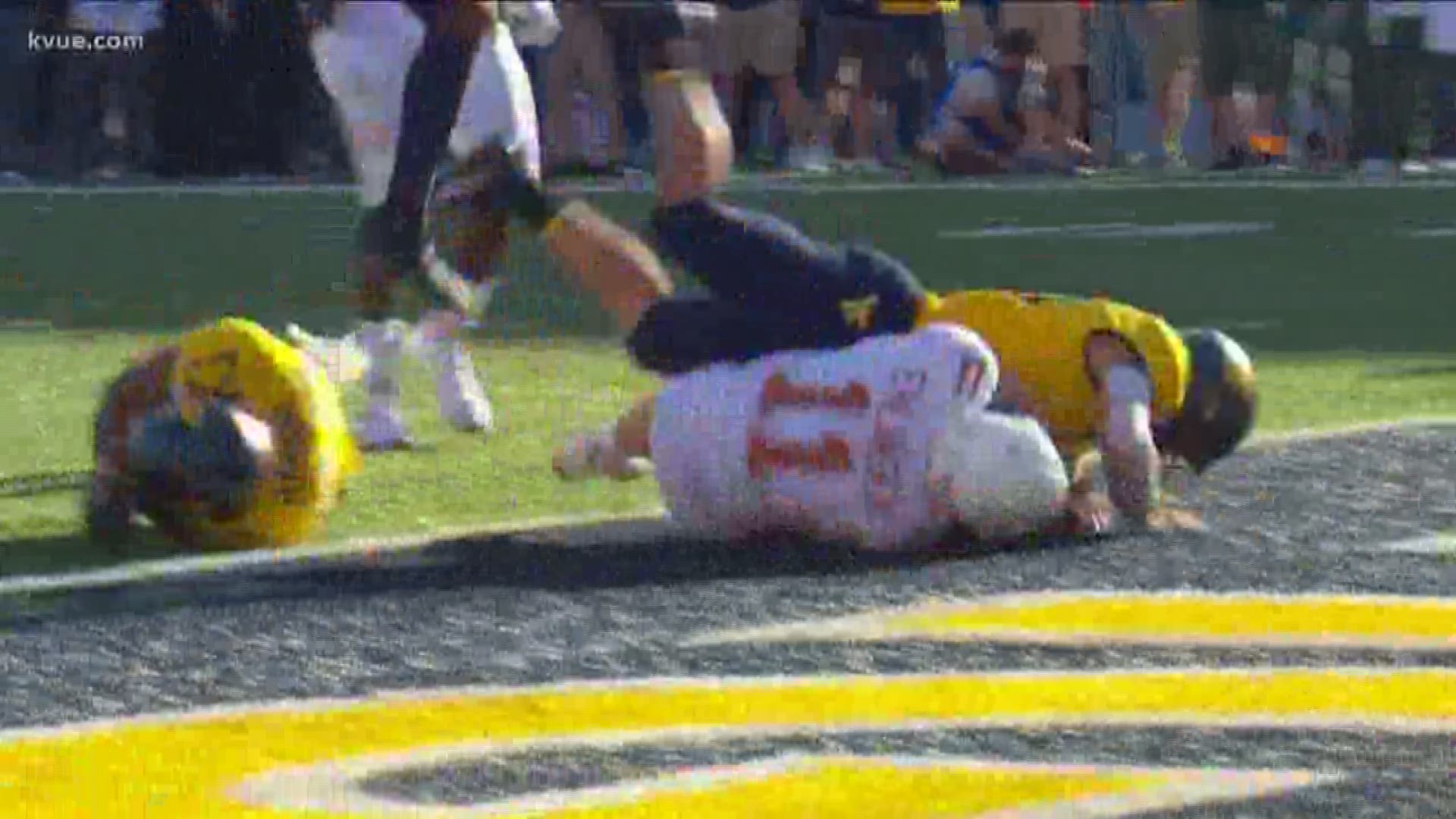 AUSTIN, Texas — The AP Poll was released for week seven and four Texas teams made the list.

First to make the AP Top 25 was the Texas Longhorns, who stayed put at No. 11. Penn State hopped UT from the 12 spot and was ranked No. 10. Texas' stagnant ranking comes after a 42-31 road in against West Virginia. West Virginia took an early lead, but Texas junior quarterback Sam Ehlinger kept the Longhorns in the game with stellar play in the first half. Texas led at halftime 21-14, and four total interceptions by the Longhorns defense helped propel Texas to its fourth win of the season.

The next Texas team on the list has a Longhorns tie, too. SMU rose three spots from No. 24 to No. 21 after former UT quarterback Shane Buechele led the Mustangs on a 21-point fourth quarter comeback, which ultimately ended with a 43-37 triple overtime win.

Baylor made its first appearance in the AP Top 25 poll at No. 22 after its 31-12 win against Kansas State. The Bears will take on Texas Tech next, who just upset then ranked No. 21 Oklahoma State, 45-35.

Finally, the Texas A&M Aggies re-entered the top 25 at No. 24 after their bye week. The Aggies will host No. 1 Alabama in Kyle Field.