'College football in the fall is going to be a stretch,' Austin health authority says 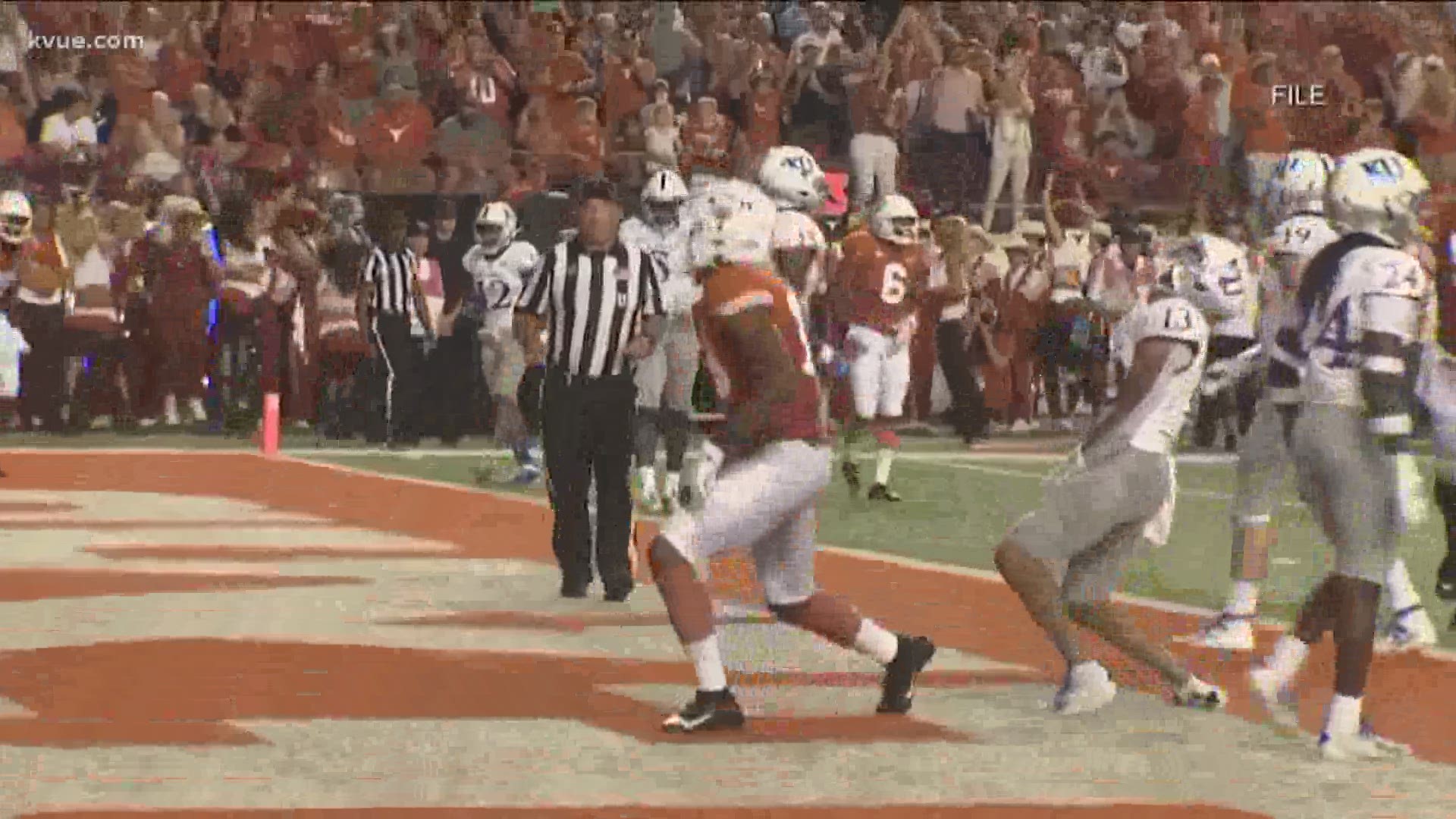 AUSTIN, Texas — In the Travis County Commissioners Court meeting on Tuesday, July 28, Austin's Interim Health Authority Dr. Mark Escott said the City's health department was "caught off guard" with the University of Texas announcement to intend to allow 50% capacity for UT football games in the fall.

In a letter to Longhorns football season ticket holders, Texas Athletic Director Chris Del Conte said UT plans to begin the 2020 season with a 50% capacity limit in accordance with Gov. Greg Abbott's guidelines – as of July 20. However, on July 29, Del Conte said the athletic department was "working closely with President Hartzell and Chairman Eltife to explore a 25% capacity model at football games this fall." Del Conte said he would keep UT fans updated in the coming weeks.

"I think college football in the fall is going to be a stretch," Dr. Escott said.

University of Texas to limit DKR-Texas Memorial capacity to 50% in 2020, athletic director says

UT allowing 50% capacity in Darrell K. Royal-Texas Memorial Stadium would bring roughly 50,000 people into one place, which Dr. Escott said is a bit out of reach and not really in the realm of reality. He added that large gatherings were the first thing to close down and should be the last thing to open up again.

Dr. Escott said there are discussions with UT about having football games without a crowd, but added that there's concern about that, as well.

Three days into Major League Baseball's restart, more than a dozen Marlins players and staff members tested positive for COVID-19, stranding the team in Philadelphia and raising anew questions about MLB's attempts to conduct a season.

"My concern is that disease spread in that college-age group, and certainly in the high school age group, is going to look different from professional sports," Dr. Escott said. "It's going to impact people of color who are athletes. It's going to impact families of those athletes who are the least-resourced to get the healthcare they need. They are at higher risk than the rest of the community in terms of hospitalization and death."

On Thursday, July 30, Dr. Escott tweeted that even if UT games were at 25% capacity, we could expect more than 100 fans to contract COVID-19.

The challenge with UT Football at 25% capacity...if the prevalence of disease on game day is similar to today, with 25,000 fans we can expect more than 100 of those fans to be COVID-19 positive...and then it multiplies. Let's stick to watching football on TV this Fall!

Dr. Escott said he thinks it is going to be a struggle to be able to play games without the crowd even there.

UT is scheduled to play South Florida on Sept. 5.