The junior pass rusher is projected to be a potential first-round draft pick, according to NFL mock drafts. 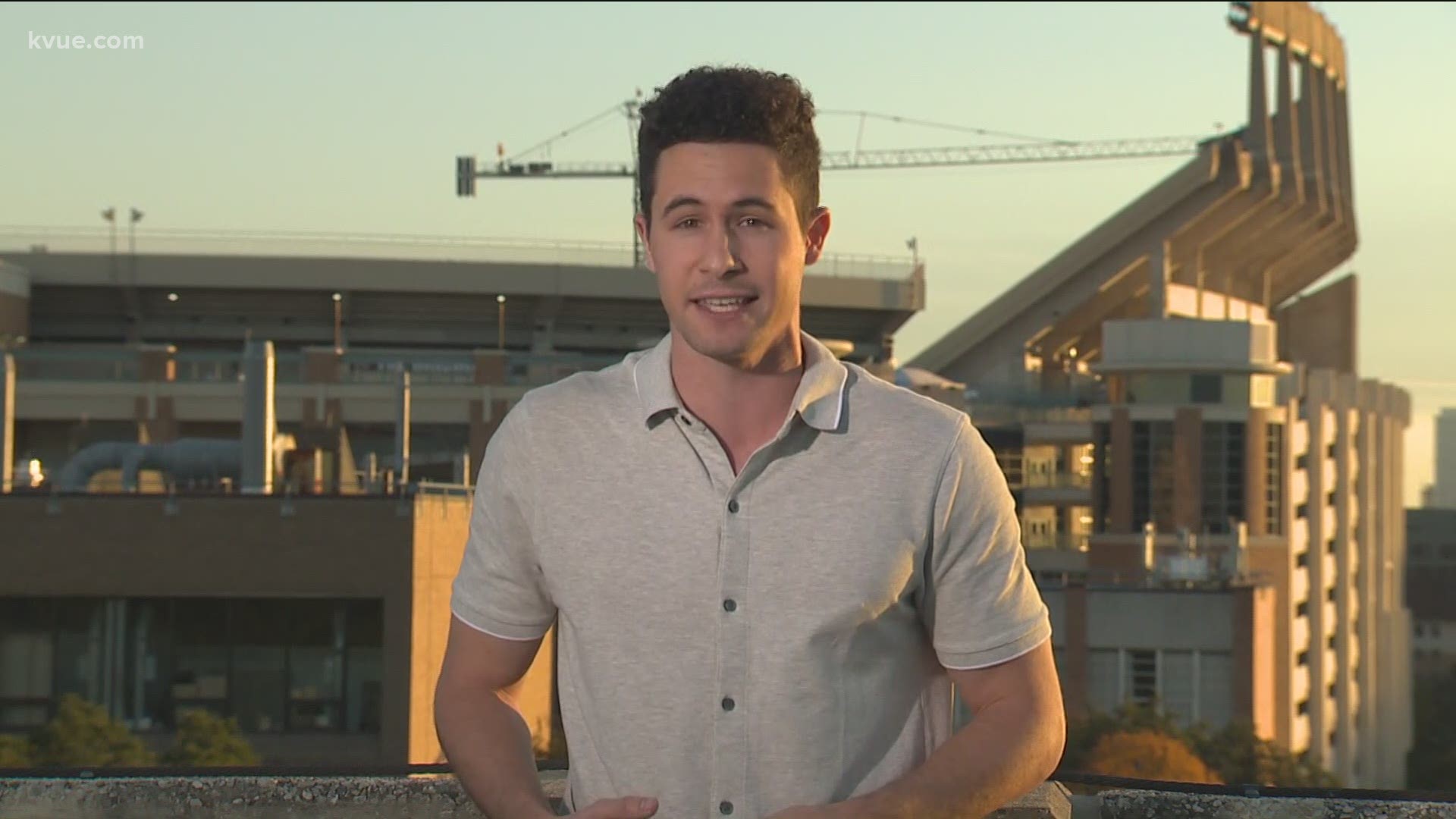 AUSTIN, Texas — Texas junior edge rusher Joseph Ossai announced Monday that he will forgo the remainder of the 2020 season, along with his senior season, and enter the NFL Draft.

Ossai released the following statement in light of the announcement:

“2020 has been a trying year for everyone. As a team we have endured many challenges both on and off the field, but I couldn’t be prouder to be a Texas Longhorn. Growing up in Texas, football is everything, and there is no bigger stage to play the game I love than here in Austin. I’ve been blessed to have the opportunity to wear the Burnt Orange for the last three years now and wouldn’t trade that time for anything in the world. Now that our regular season has ended, I have made the tough decision to go ahead and begin to prepare for the 2021 NFL Draft. As a kid, I dreamt of playing at Texas and going on to play in the NFL. I feel the time is now right, and even though it is bittersweet I am excited to face this new challenge.  First and foremost, I want to thank God for all the gifts and opportunities he has blessed me with. I also want to thank my family for always supporting me, my teammates for always having my back, my coaches for helping me grow as both a football player and a man, and the Longhorn faithful for being the best fans on the planet. I may have worn the Burnt Orange on the football field for the last time, but I will always bleed orange. Hook ‘em!”

BREAKING: Joseph Ossai will forgo the remainder of the 2020 season, along with his senior season, and has declared for the @NFL Draft. #hookem #thisistexas

Ossai has quickly gained a rising draft stock in his productive junior season, where he has recorded 55 tackles, 16.0 tackles for loss – the most in the Big 12 and second-most nationally – five sacks, three forced fumbles, one recovery, two pass breakups and two quarterback hurries.

The junior's performance against Oklahoma State garnered national attention, in which Ossai totaled 12 tackles, six tackles for loss and three sacks, including the game-winning sack in overtime.

Ossai, a team captain in 2020, logged 165 tackles, 30.5 tackles for loss and 11 sacks. He forced five fumbles, broke up three passes and intercepted twice during his three-year career on the Forty Acres, according to Texas Athletics.

The junior pass rusher is projected to be a potential first-round draft pick, according to NFL mock drafts.

Ossai becomes the fifth of seven Texas captains to opt out of the 2020 season, along with Chris Brown, TaQuon Graham, Caden Sterns and Samuel Cosmi.

With the injury to Derek Kerstetter in the Kansas State game, the only captain left is quarterback Sam Ehlinger.

Longhorns pass rusher Joseph Ossai declares for the NFL Draft and will not play in the bowl game.

"As a kid, I dreamt of playing at Texas and going on to play in the NFL. I feel the time is now right"

5 of 7 captains are gone. pic.twitter.com/lOfsIdxiIt