Here's a look at the players who have signed with Texas and make up the Longhorns' 2021 early signing class. 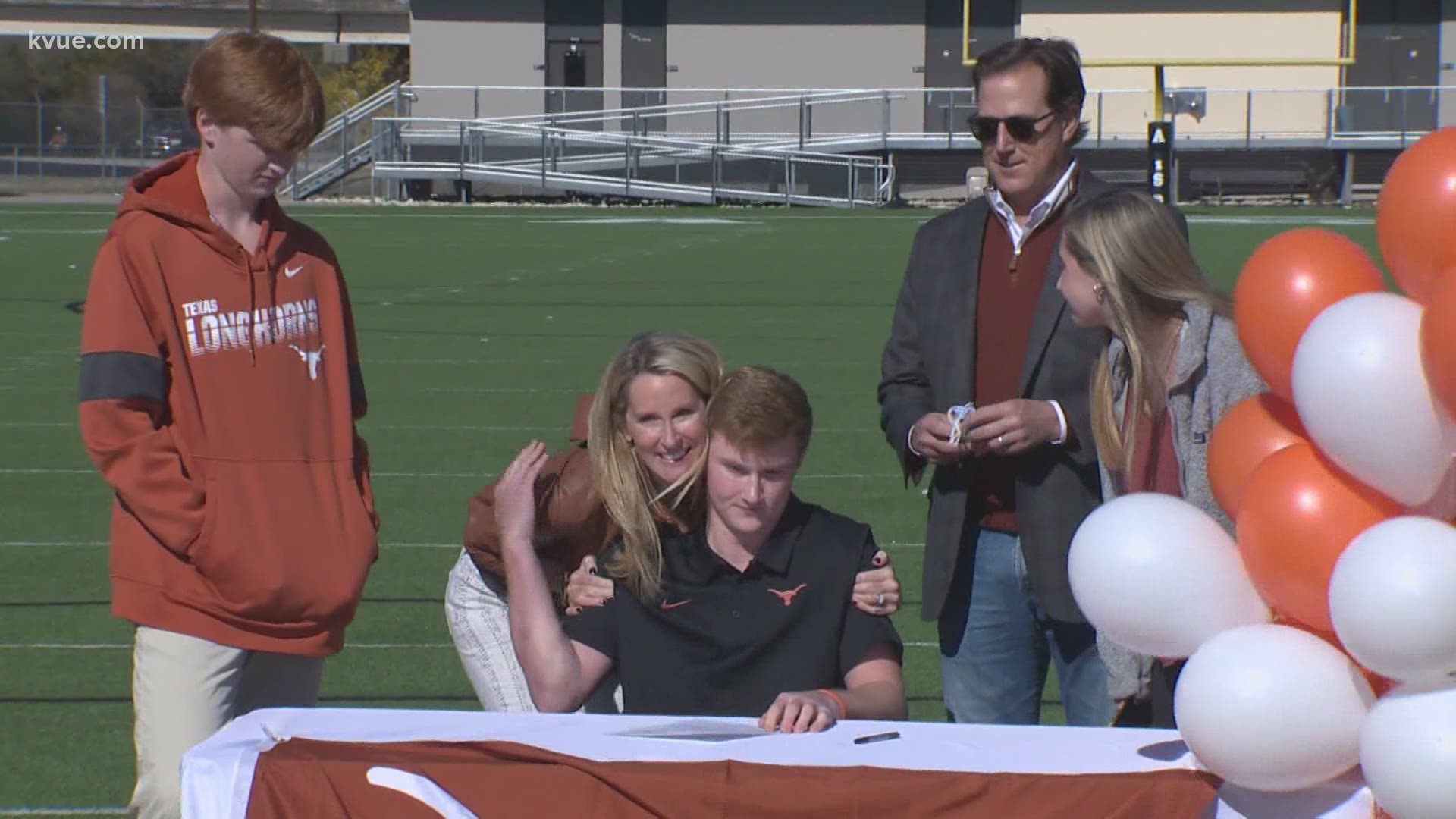 AUSTIN, Texas — Early signing day has arrived for college programs and high school players across the country, and the Texas Longhorns family is getting a little bigger.

It ends Herman's streak of three straight top-10 recruiting classes and, excluding seasons that included a coaching change, is the lowest-ranked Texas class in 20 years.

"These are all guys that fit our profile of not just the tangible makeup of height, weight, 40 [yard dash] time, vertical jump and all that good stuff, but also who are they?" Herman said. "What's their character? Are they team captain? Are they from a winning program? All of the above. These guys really check the box."

Here's a look at the players who have signed with Texas so far.

"In what capacity we haven't ironed that out yet... But he's too good of a talent not to."

"You're going to run out of superlatives talking about JT," Herman said. "We are extremely excited about him and the versatility he brings on both sides of the ball."

Today, he officially became a Longhorn.

It's the second year in a row and third time in five years that Texas has signed an Austin-bred quarterback.@cwrightjr14 | @AustinMaroonFB | @KVUE pic.twitter.com/Ht4hbkQW4R

"Charles isn't just a body," Herman said. "We expect Charles to be a starting quarterback here at Texas some day."

“We believe and have believed for a long time that he belongs in the elite class and tier of running backs in this class of 2021,” Herman said.

“I know in my time at Texas, probably in my time as a coach, he’s probably the first signee we’ve had that is a competitive swimmer,” Herman added.

Here’s my piece from the summer on Isaac Pearson, who follows in the footsteps of Prokick punters Michael Dickson and Ryan Bujcevski.@Isaac_Pearson23 | @ProkickAus | @KVUEpic.twitter.com/FFkh5KfXPg

Recruits have not been able to take official visits due to the NCAA enacting a recruiting dead period amid the coronavirus pandemic since March.

Herman estimated he hadn't met four or five of his signees in person because of this.

This 2020 season marks the fourth year college football has held an early signing period. A vast majority of recruits are expected to sign in the three-day window, though Texas is likely to add between eight and nine more players to their 2021 class on National Signing Day in February.

"This is just the beginning of the class of 2021," Herman said. "I would imagine there would be some more additions throughout January and February in that spring signing period as well."