Cort Jaquess almost quit after his freshman year. He now finds himself an integral part of the Texas defense. 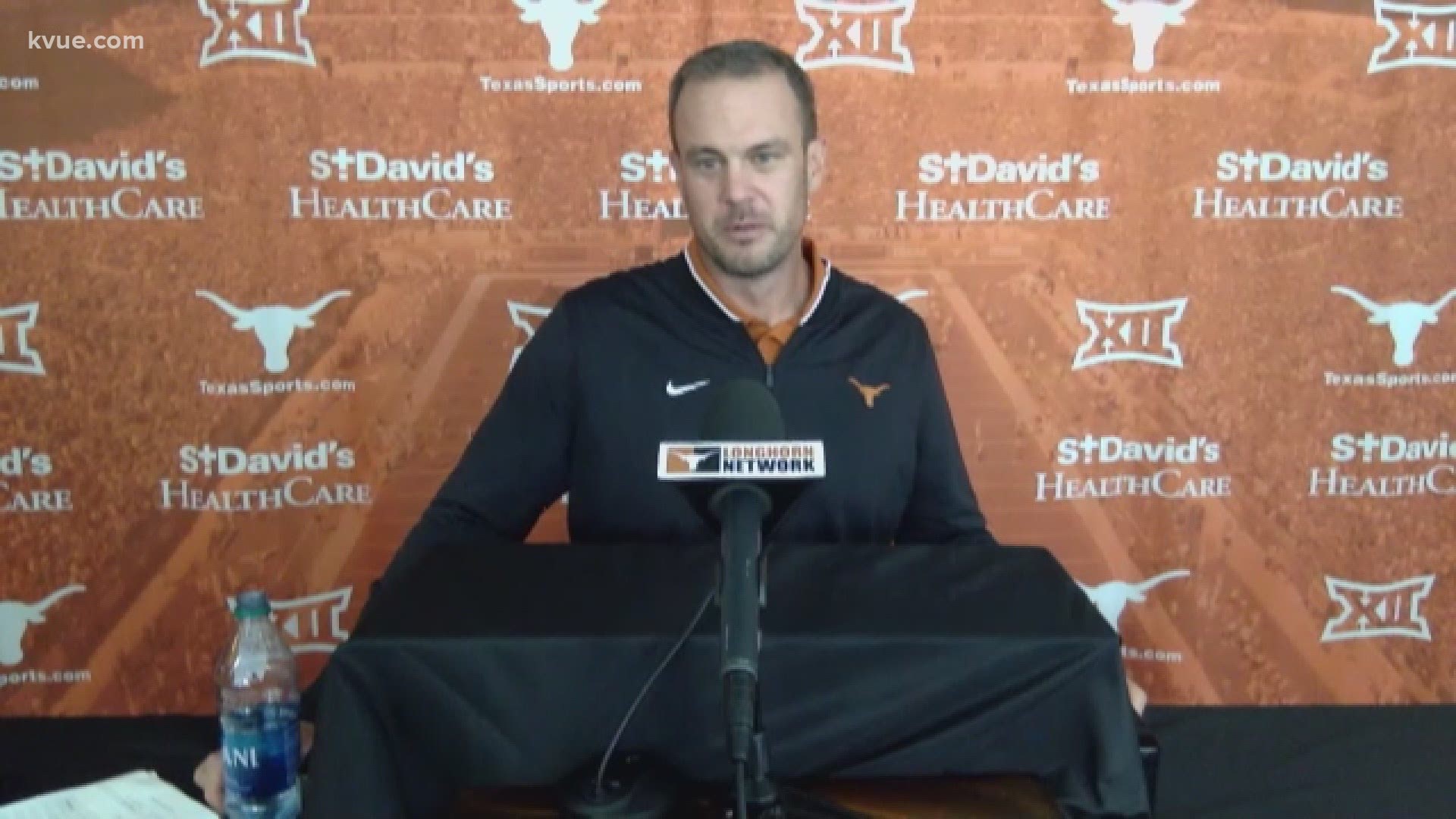 “That’s what we call ourselves as walk-ons,” he told local reporters on Tuesday.

That mentality is what helped the junior linebacker go from walk-on to scholarship, and now a critical part of the Texas defense.

“It’s important for all scout team guys out there to remember – you are a football player at a Division I school. You’re not just some meat shield,” he said.

To get to that realization, Jaquess first had to get to Texas. He turned down full-ride offers from multiple Division II schools, got his real estate license to help pay the way at the University of Texas and then got to work.

"If you talked to me two years ago, I’d never have thought I would really get any defensive snaps," he said. "You get there as a walk-on, you’re at the bottom of the ladder.”

The life of a walk-on reflects that. More often than not, walk-on players are tasked with making the starters better and have little time to focus on their own game. They often play away from their natural positions in practice, mimicking an opposing player on an upcoming opponent, or serve as human tackling dummies.

Cort said he was close to quitting midway through his freshman year, but after a conversation with his dad, Jay, over Thanksgiving, decided to stick it out a bit longer.

He returned to campus with a fire in his eye.

“Just seeing how hard he worked, seeing how players would just complain about how he’s doing too much, he’s working too hard,” sophomore defensive lineman Keondre Coburn said.

It's a work ethic that runs in the family.

Jay also played for the Texas defense in the late 1980s.

“He’s the perfect example of when preparation does find an opportunity,” he said.

“That’s something that’s completely ingrained in my brain now, that humility that I take into every single practice,” Cort said.

He's set to tackle the Red River Showdown for the first time as a linebacker on the two-deep depth chart this weekend at the Cotton Bowl.