UT rose one spot in the Associated Press Top 25 poll. The Aggies stayed put at their spot in the top 10 as they wait to start their season Sept. 26 against Vandy. 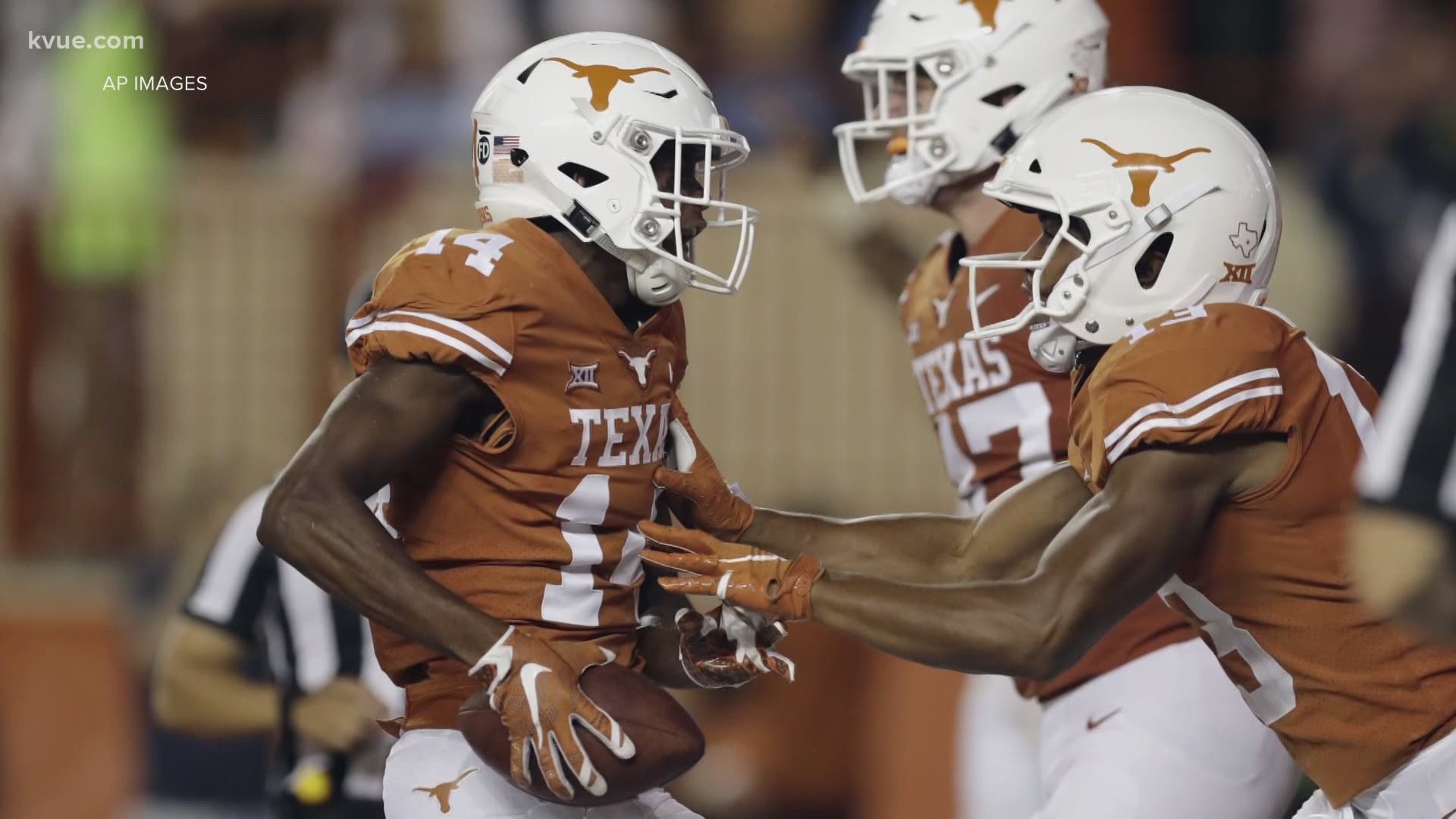 AUSTIN, Texas — The Associated Press released its Top 25 poll for Week 3 of the college football season on Sunday.

Both the Texas Longhorns and Texas A&M Aggies remained in the top 10, but the University of Texas rose one spot – kind of. In week two, UT was slated as the No. 9 team in the nation, one spot behind No. 8 Auburn. In week three, the Longhorns and Tigers had the same amount of points in the poll (1,037) and thus were placed in a tie for the No. 8 spot.

The rise to a tie for the No. 8 spot comes during Texas' bye week and after the Longhorns opened the season with a dominating 59-3 victory over the University of Texas at El Paso. Texas has held a spot in at least one of the national rankings in 28 of the last 35 polls, dating back to the start of the 2018 season, according to UT Athletics. Twenty-two of those weeks have seen UT ranked in the top 15 of at least one of them, including eight with at least one top 10 ranking.

Auburn, a member of the SEC, has yet to play a game, but is scheduled to open its season Sept. 26 against No. 23 Kentucky.

The Aggies, also a SEC member, have not yet had an opportunity to make a showing in 2020, either. Texas A&M stayed put in the AP Top 25 at the No. 10 spot. The Aggies are scheduled to open their season on Sept. 26 on the road against Vanderbilt.

UT is scheduled to take the field again Sept. 26 with its Big 12 opener on the road against Texas Tech. Kickoff of the Texas-Texas Tech game is scheduled for 2:30 p.m. on FOX.