Ben Lammers led his squad to victory on Saturday during the Reese's College All-Star Game at the Alamodome. 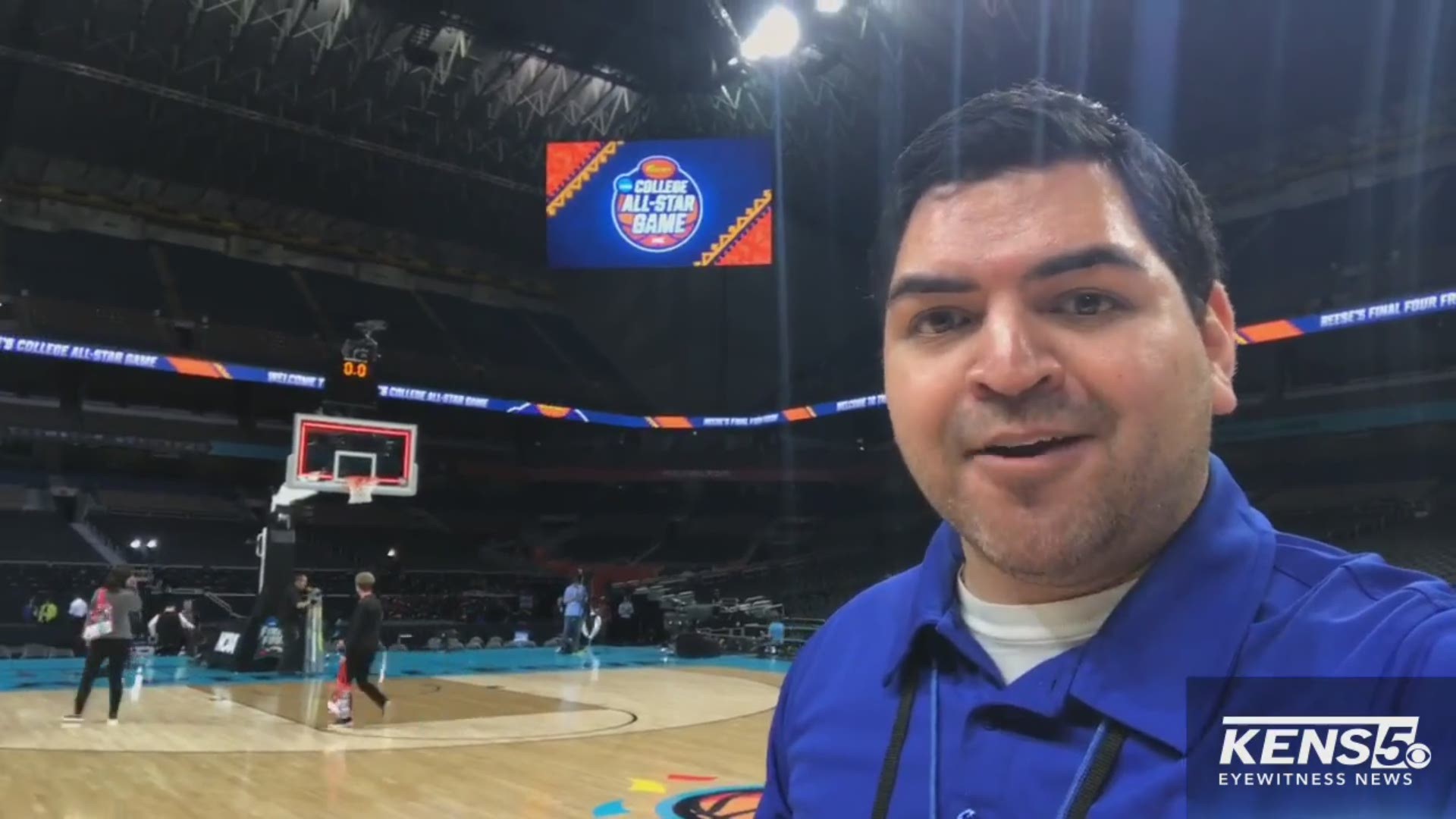 Ben Lammers grew up in San Antonio and played at Alamo Heights, but his first game at the Alamodome was a memorable one that served as the final game of his college career.

After a successful run with the Georgia Tech Yellow Jackets, Lammers got to play one more game as a college player and it was back in his hometown on Saturday as part of the Reese’s College All-Star Game at the Alamodome as part of the Final Four weekend.

“This was probably the ideal situation, being able to end my career in San Antonio where I played all throughout middle school, elementary school and high school. So it’s the perfect ending to my college career,” he said.

Lammers didn’t start but he made an immediate impact off the bench. He had two dunks in his first few minutes, which got a small cheering section going in the first half. Lammers finished with six points on 3-3 shooting, three blocks, four rebounds, and an assist.

He was a strong presence in the paint beyond those blocks as well, rarely letting any offensive player score while he had the block.

Lammers played on the West squad, which beat the East 98-94. He played crunch-time minutes to help the team seal the game.

Now that he’s done with college ball, he’s back to focusing on going pro.

“The next step is continue working out,” he said. “There’s a couple of months until the NBA [Draft] comes around but I’m going to try to take basketball as far as I can take it.”

Lammers is unlikely to get drafted but if he continues to impress like he did on Saturday, he’ll likely be fielding calls from some teams on draft day.