College athletics have been shut down since mid-March, when the coronavirus pandemic prompted the closing of campuses across the country. 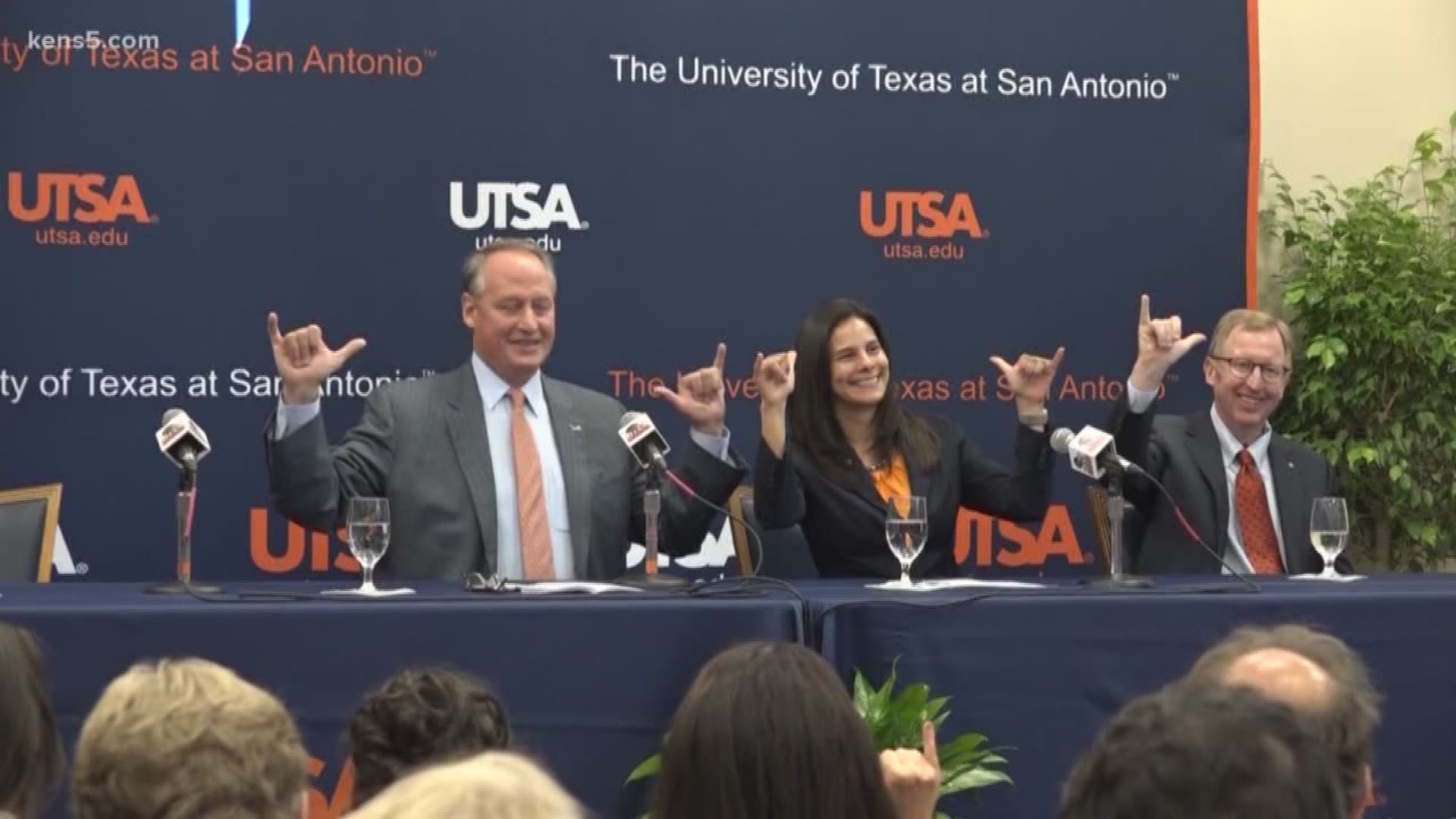 SAN ANTONIO — UPDATE: The NCAA Division I Council voted to lift the moratorium on voluntary workouts by football and basketball players effective June 1.

Original story: Caught up in the deadly pandemic that has touched all aspects of American society since mid-March, college football coaches could receive some much-needed good news Wednesday.

The NCAA Division I Council will meet Wednesday to discuss lifting a nationwide moratorium for on-campus summer athletic activities. Ending the moratorium, which was imposed in mid-March and expires at the end of May, would pave the way for athletes to return to campus for voluntary workouts on or around June 1.

“We’ve heard dates but nothing official yet,” first-year UTSA coach Jeff Traylor said. “This decision is going to be made by people above my pay grade. As soon as I get permission from our campus, and our training staff educates us and trains us the procedures, yes, we’ll be excited to get back and see each other.

“We’ve had a ton of Zoom meetings and a lot of virtual training, but there’s nothing like being with your players and being a team. That’s why we all play team sports to begin with. We’ll just have to be extremely careful and smart as we take this next step back.”

The NCAA shut down all its winter and spring championships on March 12, when it canceled the men’s and women’s basketball tournaments. A month later, coaches were allowed to start having virtual meetings with their athletes via Zoom conferences during the ban on campus workouts.

If the NCAA Division I Council lets the moratorium expires, workouts would be permitted only at schools in areas that have complied with the NCAA’s “Core Principles of Resocialization of College Sports.” State and local governments also would figure in the process.

“It’s something that we have been planning for a long time,” said UTSA athletic director Lisa Campos, who is also the school’s vice president for intercollegiate athletics. “When you think about when all this happened in March, and we started already thinking about what would return to play look like, what would return to practice look like. Of course, you can’t get ahead of your state government, your local government, your institutional policies, your institutional policies.”

UTSA Director of Sports Medicine Dan Bellamy has been Campos’ point man in helping the Roadrunners prepare for the “new normal” in the wake of the coronavirus.

Credit: David Flores / Kens5.com
Jeff Traylor, flashing the Bird's Up sign with UTSA band members at the news conference held to announce his hiring as the Roadrunners' third head football coach, was associate head coach at Arkansas the past two seasons.

“Dan Bellamy has been taking the lead from the athletics perspective, and communicating with a lot of different experts, whether it’s our team doctors, whether it’s physicians within the city, within the (UT) system,” Campos said. “And, of course, communicating with the rest of the campus on what that’s going to look like. There has been so much detail in this planning

“It’s just preparation of when our student-athletes will come back to campus. The phasing of that. Conference USA had had multiple phone calls with our athletic training staff, looking at all this.

Campos said the NCAA has modeled its protocols after the “Opening Up America Again” document, a set of guidelines formulated by the White House.

“It talks about the phasing of how to open up America, so a lot of data, a lot of documents have been informing us on how we will start introducing student-athletes back to campus,” she said. “Things I would never have thought I would be talking about, we’re talking about.

“From how you enter a building to how you exit a building, how to block off water fountains so you’re not using community water fountains, to the determination about how locker rooms would be used to the cleaning supplies we’re going to have to use.

UTSA president Taylor Eighmy announced May 11 that the university will reopen for the fall semester, but no date has been set for the start of classes.

“The health and safety of our student-athletes and staff is our top priority," he said in the release. "With the NCAA Council’s decision to lift the current moratorium on May 31 for football, men’s basketball, and women’s basketball, we will continue to engage in conversations with the Southland Conference and our fellow members on league-wide plans. At UIW, we will also continue to work with our campus partners and team doctors, led by Dr. Rudy Navarro, to ensure our plan to return aligns with the institutional strategy.”

UTSA kicks off its 10th season against defending national champion on Sept. 5 in Baton Rouge, La., and plays Grambling in its home opener Sept. 19 at the Alamodome.

UIW opens its season against Northwestern State on Sept. 3 in Natchitoches, La. The Cardinals play their first three games on the road before meeting Sam Houston State in their home opener on Sept. 26.

Credit: Photo by Antonio Morano bit.ly/XR79FT / Special to KENS5.com
A United States flag covered the football field at the Alamodome last year in a ceremony before the Army-UTSA game, which drew a crowd of 30,718.

Campos said the Roadrunners expect to play before their fans at the Alamodome this season.

“There’s been a lot of discussion about that and, obviously, with the dome being owned by the city, we’ve been in a lot of conversations with the city and with the managers of the dome,” she said. “We’re planning on having a regular season with fans in the stands, because we still have time to make modifications.

“That’s what we’re planning on right now. As we see what’s happening within the state, with the city, we can make adjustments as needed.”

Reaction to speculation regarding Wednesday’s vote has been a mixed bag.

“Some of this stuff is starting to sound encouraging as long as we don't have monstrous flare ups (of the coronavirus)," NCAA Council vice-chair Jon Steinbrecher said in story on cbssports.com.

"All this talk of schools wanting to bring players back on June 1st is one of the most ridiculous things I've ever heard,” Riley said in the same story on cbs.com.