San Antonio will host the crown jewel of college basketball for the fifth time, coming off the city's successful 2018 appearance. 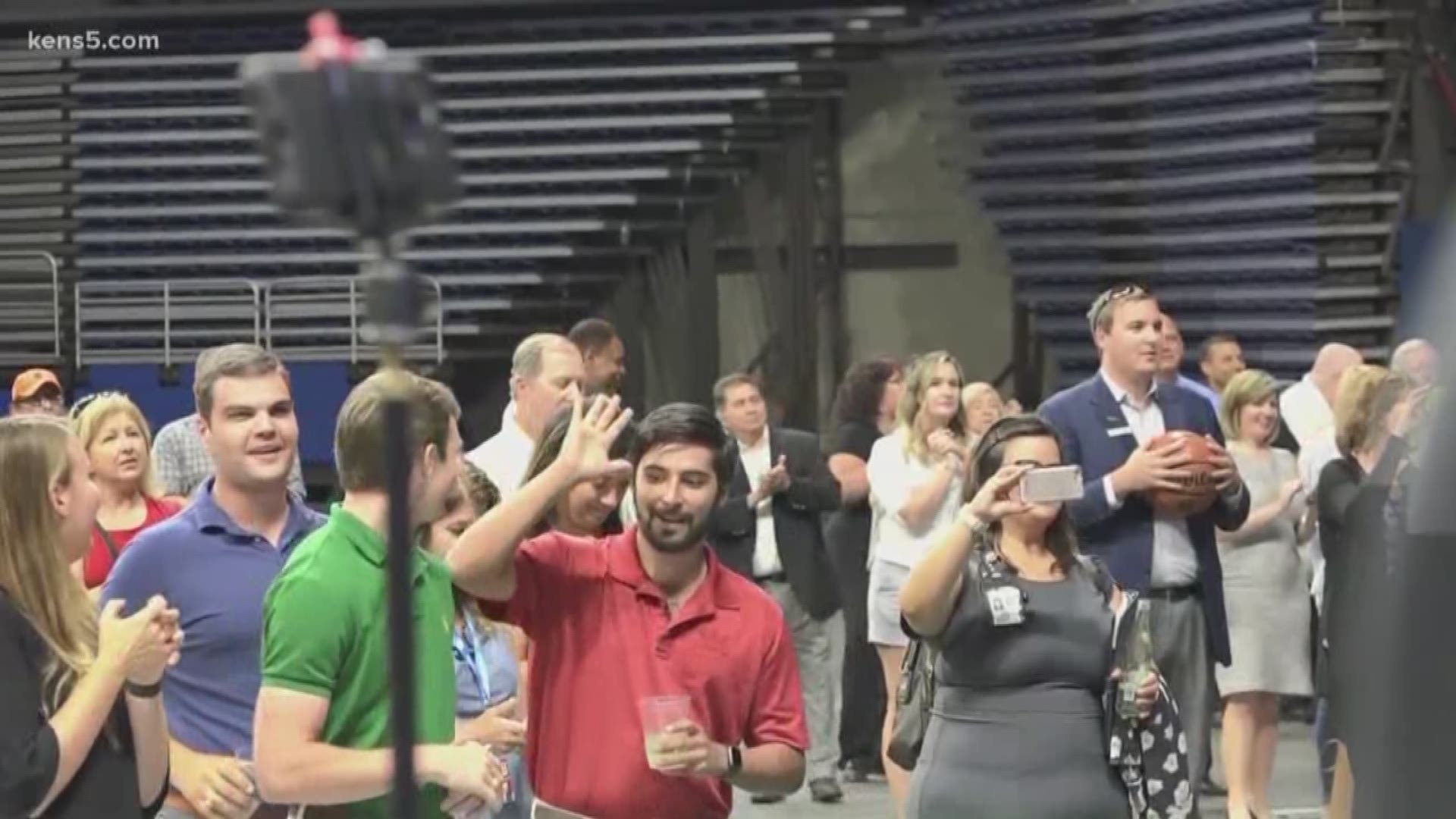 SAN ANTONIO — Pushed to the finish line by the momentum it generated after hosting this year’s Final Four, San Antonio is getting college basketball’s signature event for a fifth time.

The NCAA announced Monday that the men’s basketball Final Four will be played at the Alamodome in 2025. The Alamo City has hosted more Final Fours than any other Texas city.

The NCAA announced Monday its selection of host cities for a four-year cycle that starts in 2023. San Antonio bid for every year except 2024 because there’s a major tech conference scheduled at the Alamodome on the weekend of the Final Four.

The 2025 #FinalFour will be played in San Antonio!

Although the Alamodome is 25 years old and doesn’t have the bells and whistles of newer sports stadiums in the country, the NCAA couldn’t pass up the opportunity to have another Final Four in San Antonio.

Carnes was surprised that the NCAA awarded the 2025 Final Four to the Alamo City.

On Sunday, Carnes said she was "cautiously optimistic" that San Antonio would land one of the three Final Fours it bid on in this cycle.

The two Final Four semifinal games on Saturday, March 31, drew a crowd of 68,257, the largest for a sporting event at the Alamodome. Two nights later, Villanova beat Michigan for the national championship before 67,831.

San Antonio got high marks from many among the more than 70,000 tourists who were in town for the Final Four this spring. One of the more glowing comments came from ESPN’s Peter Burns, who tweeted that “The Final Four should never go four years without being in San Antonio.”

Mayor Ron Nirenberg led a San Antonio delegation that presented the city’s bid to host the Final Four again to the NCAA last Tuesday in Boston.

The NCAA's announcement was met with loud cheers by a crowd of about 200 that gathered in a corner on the ground level of the Alamodome to watch the proceedings from the NCAA's headquarters on a video board.

"This was not an easy task," Nirenberg said after the announcement. "We just hosted the best Final Four in tournament history three months ago, and we had to go to Boston to put on a show about why it'll be even bigger and better than we just did. And you know what? They agreed with us.

"The Final Four is coming back to where it belongs, in San Antonio. Thank you so much to the citizens of San Antonio who continue to invest in our facilities to make sure the Alamodome, which is 25 years old, can legitimately be called now the new Alamodome. This is a crowning achievement for this facility, having the 2025 Final Four."

Although San Antonio was lauded after this spring’s men’s Final Four, members of the delegation that made the city’s pitch in Boston weren’t taking anything for granted.

“I haven't slept since last Tuesday in Boston," Carnes said.

Stung by the NCAA’s rejection, city leaders rolled up their sleeves and devised a strategy to return the Final Four to San Antonio. They started with the Alamodome, which underwent $60 million in improvements. The facelift included the construction of a media center and 14 temporary luxury suites, the widening of concourses in the building and new video boards.

The strong community effort bore fruit when the NCAA awarded San Antonio the 2018 Final Four in November 2014. The result was arguably one of the best Final Fours in the event’s history.

Plans already are underway by the city for additional improvements to the Alamodome before the next Final Four, Carnes said.

"One of the things that I'm most proud of as a San Antonian is that it is my neighbors who have chosen to invest in the city that we've become," Nirenberg said. "The footprint of downtown San Antonio is one of the most walkable and livable in the United States, which is why San Antonio continues to be such an attractive location for the Final Four and other events like this.

"That's why the citizens of San Antonio deserve so much credit for us landing another Final Four. It is the strategic investments that we have made together as a community that allows us to continue to see our profile lifted on an international stage."

Carnes was asked what she thought was the overriding factor in the NCAA's decision to award San Antonio another Final Four.

"I don't know and we'll get to debrief with the NCAA, hopefully by the end of the week," Carnes said. "But if I had to give my best guess, it was that we just showed them that we could do it. Not having done it in 10 years and the event going from 43,000 to 68,000, we showed them that we could still deliver a stadium event, and we just performed."