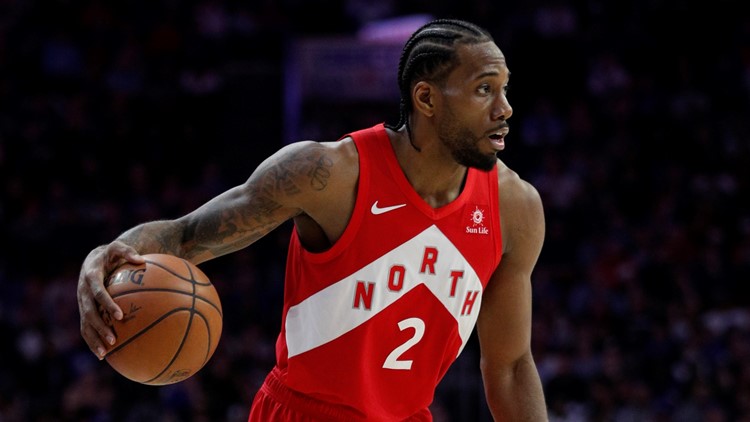 Photo by: Chris Szagola
Kawhi Leonard buried a buzzer-beating shot to deliver the Toronto Raptors a 92-90 win over the Philadelphia 76ers in Game 7 to advance to the Eastern Conference Finals for the second time in four years.

For three days, the Toronto Raptors heard about their inability to close out the Philadelphia 76ers in a blowout loss on the road, but when given the chance to finish in a Game 7 in front of a raucous home crowd Sunday night, they made it happen…and in stunning, buzzer-beating fashion no less.

With 4.2 seconds remaining in the fourth quarter and the score even, Raptors guard Kawhi Leonard caught an in-bounds pass near center-court, dribbled to the right of the lane and despite defensive pressure from Philadelphia’s seven-foot center, Joel Embiid, the veteran got a shot lifted.

Leonard attempted a fade-away jumper from the right corner of the floor, just inside the three-point line, and the shot bounced off the right side of the rim and three more times before rolling through the net to seal a 92-90 series-clinching victory over the 76ers.

Leonard’s 40th and 41st points of the game sent the Scotiabank Arena crowd into bedlam as he was mobbed by teammates jubilantly celebrating the victory, and it garnered respect across the NBA, too.

Leonard finished the game 16 of 39 from the field and along with the game-high 41 points, added eight rebounds, four each on the offensive and defensive sides of the court, three steals and three assists in 43 minutes of action.

With the Game 7 win over the 76ers, the Raptors earned their second trip to the Eastern Conference Finals in the last four years, and will take on the No. 1 seed in the East, the Milwaukee Bucks, in a best-of-seven series with the winner to face either the Golden State Warriors or Portland Trail Blazers in the 2019 NBA Finals.