Devin Booker had the arena bouncing early with an 18-point first quarter. He would finish with 30 and the Suns would cruise to a 30-point win. 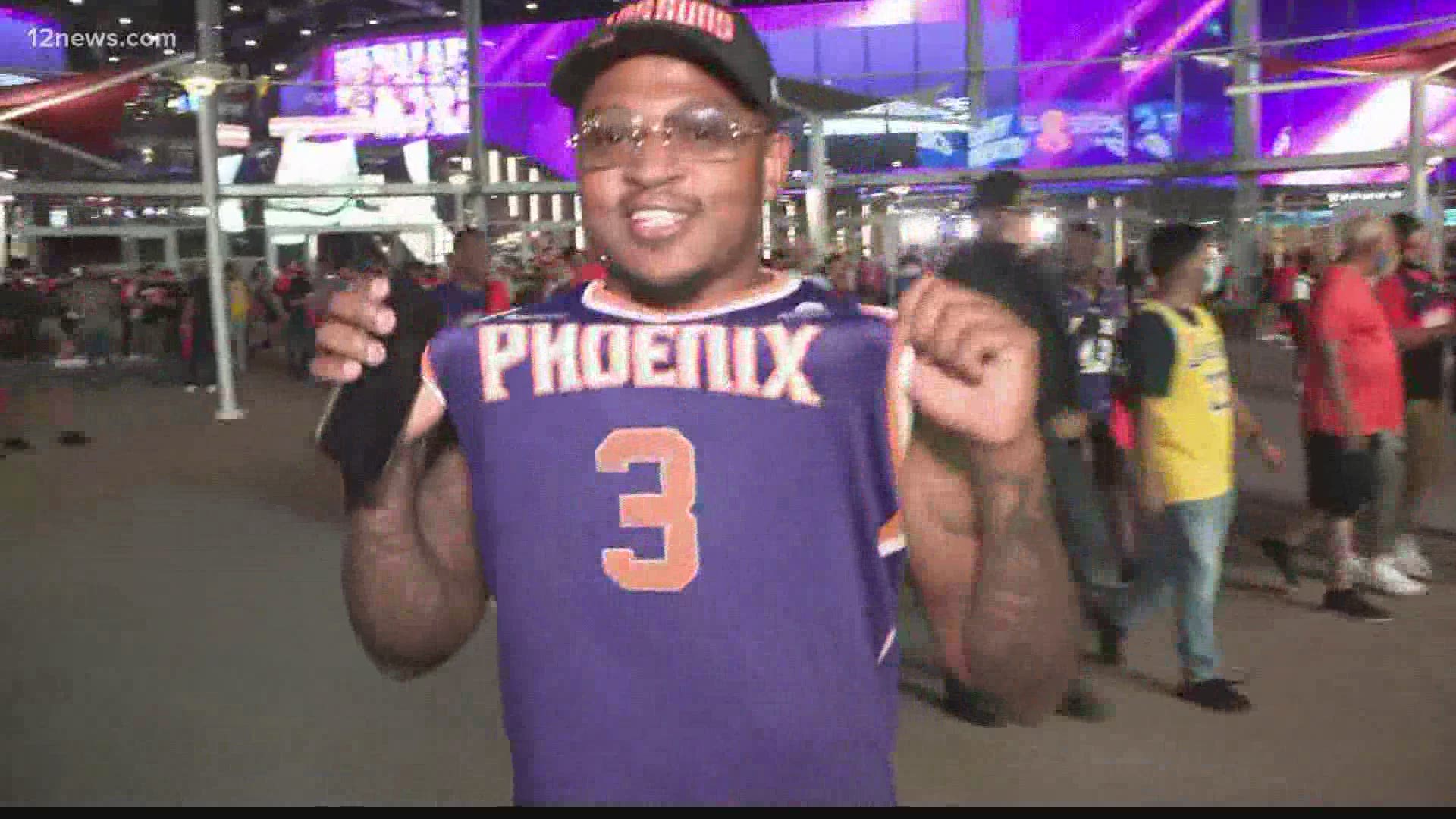 PHOENIX — The Suns are just one game away from advancing to the second round in the NBA Playoffs for the first time in 11 years.

Phoenix absolutely ran the table on Tuesday night to defeat the Los Angeles Lakers 115-85 to take a 3-2 series lead.

It started with Devin Booker's elite performance in the first quarter, which was supplemented by Cameron Payne. The electricity in Phoenix Suns Arena was palpable. Booker had 18 after the first. Payne started 6-for-7 from the field, scoring 14 points in his first seven minutes on the floor.

Booker led all scorers in the game with 30 points, adding 7 rebounds and 5 assists in just 33 minutes played.

Lakers star Anthony Davis missed the game after a groin strain prior to halftime in Game 4 in Los Angeles.

LeBron James led the way for the Lakers with 24 points.

The Suns held the Lakers to just 10 points in the second quarter and coasted to a whopping 66-36 halftime lead. The 30-point lead at the half was the largest lead for the Suns in a playoff game in history. It was also the largest deficit that LeBron James had ever faced in the playoffs at halftime.

Listen to the crowd.... pic.twitter.com/gm76Q9QuwT

The Suns kept the foot on the gas in the third quarter, but a scary moment happened midway through the quarter when Chris Paul went down hard on a rebound and re-aggravated his shoulder injury from Game 1.

However, the veteran hopped back up after going down, went back into the game to shoot his free throws before he was pulled out for the rest of the game as the Suns had a 35-point lead. His status for Game 6 is unclear.

Chris Paul has returned from the locker room, right now he's talking to Monty on the sideline

Phoenix just kept cruising in the second half and took the win 115-85.

The Suns can win the series with a win on Thursday in Los Angeles. If the Lakers force a Game 6, they'll head back to Phoenix for Game 7 on Saturday.

"We need it, we need it. We want it really bad." pic.twitter.com/3GWhGPwvNo