What's next for Al-Farouq Aminu after being traded to San Antonio? | Spurs Preseason Profile

The wing defender was a quality role player, but injuries have derailed his career. If the Spurs can't trade him, they may need to cut him from a crowded roster. 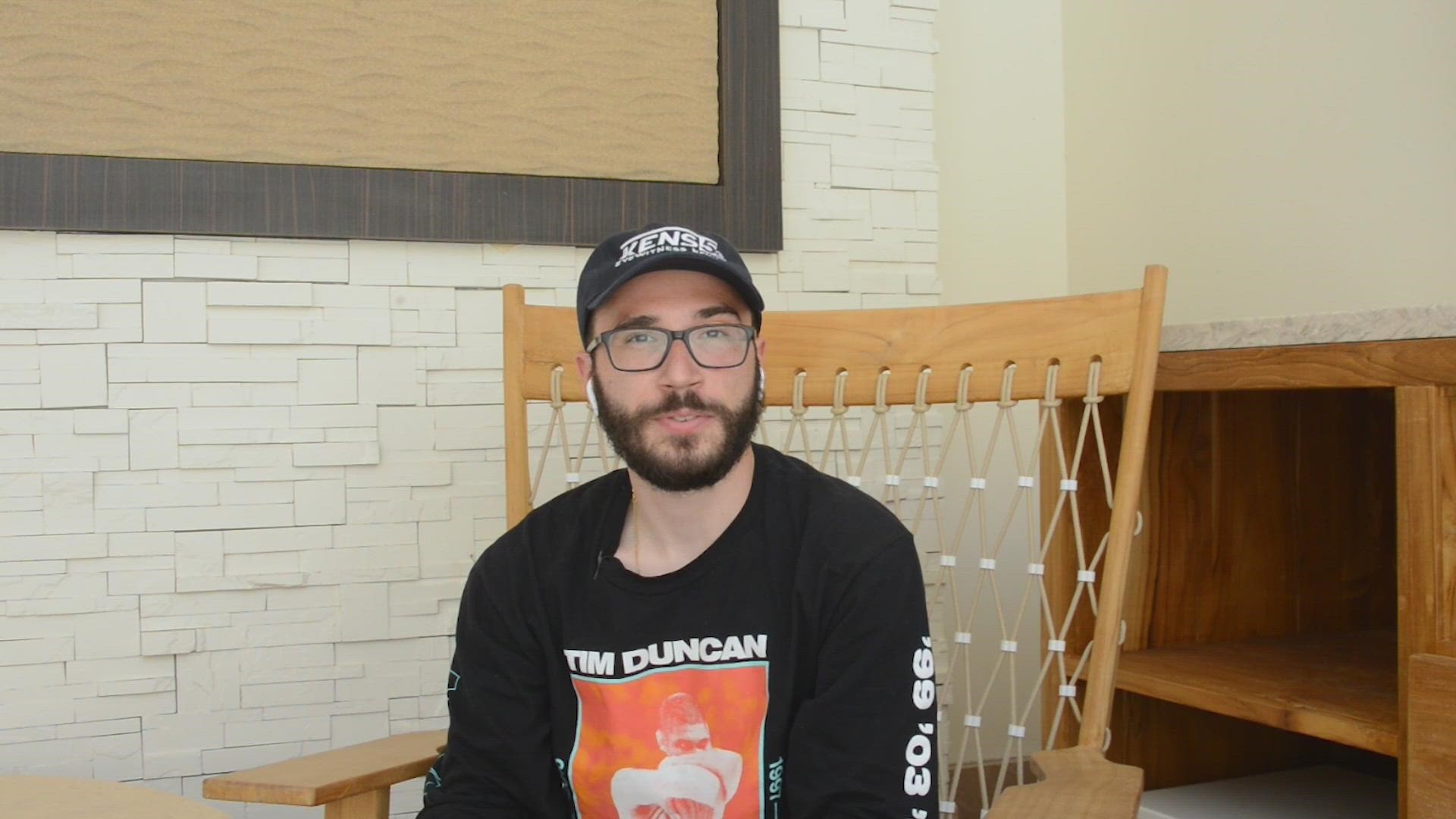 SAN ANTONIO — Al-Farouq Aminu came to San Antonio from Chicago as part of the sign and trade for DeMar DeRozan this summer, and he may never suit up for the Spurs.

The 30-year-old NBA veteran has played for six teams in his 11-year career, and the defensive-minded wing has been a solid role player on decent teams. The prime version of Aminu started 255 of the 293 games he played in for Portland from 2015 to 2019, putting up 9.5 points and 7.1 rebounds while shooting over 35% from deep on four attempts per game as a Blazer.

At 6’8” with a 7’2” wingspan, Aminu’s size and length allowed him to play both forward positions, becoming more of a four as the game got smaller. He used that impressive frame well on the defensive end of the floor, especially to cause deflections, get after loose balls, and contest shots. He could defend multiple positions and was often tasked with guarding the other team’s best wing.

Aminu started 81 games for Portland in the 18-19 season, then signed a three-year deal with an Orlando Magic team that had a bit of a logjam in the frontcourt. The drop-off since then has been steep and abrupt.

He was never an impressive scorer, but he’s been an offensive non-factor in the past few seasons. In his first year in Orlando, he put up just 4.3 points and 4.8 rebounds per game while shooting 38% from the floor and 25% from three. He started in just two of the 18 games that he played before his injury.

In November of 2019, he tore his right meniscus. They started with rehab first, but eventually surgery in January 2020 ended his first year with the Magic. Aminu didn’t play for more than a full year, and in December of 2020, he got another surgery on the same knee due to continued swelling.

He got back before the trade deadline last year, didn't particularly impress in his 14 starts, and went to Chicago in the Nikola Vučević trade.

Aminu played sporadically, with just six total games for the Bulls, and in the offseason was thrown in the DeMar DeRozan trade alongside Thaddeus Young and a pick to help make salaries match.

So what’s his current value to the Spurs?

The player that Aminu was before his injury, the wing who spaced the floor and played high-level defense against multiple positions, may have been an interesting rotational fit alongside San Antonio’s young core.

At this point in his career and contract, however, Aminu is far more valuable as a trade chip. If the Spurs intend to trade for a good player on a sizable contract, Aminu could be included with other players and picks to help match that incoming salary. The expiring contract is enticing for teams looking to trade long-term contracts for cap flexibility next season.

Aminu’s contract would have that same function at the trade deadline, but that isn’t worth giving him a roster spot when the Spurs need to cut two guys before the season starts. It would make sense if Spurs GM Brian Wright was working the phones to see what he could get in return for what came back for DeRozan in advance of the start of the season.

Packaging Aminu in a trade is the best move, especially compared to paying most of his full salary for the year just to get him off the team. If that’s what happens, though, it’s far from the end of the world.

$10.2 million is left on his mostly guaranteed deal. If the Spurs waive him and no team claims him off waivers after 48 hours, they will have to pay the remainder of his salary. It counts against San Antonio’s cap for the year, but the beauty of an expiring deal is that it comes off the books as ASAP as possible.

Aminu’s two-year decline from solid complimentary wing to trade filler was hastened by a bad situation in Orlando and an injury that took too long to heal, but he’s here now, and there aren’t many promising signs that he will return to form as a serviceable role player any time soon.

Given the roster situation for San Antonio, it’s highly likely that Aminu will either be waived or traded before the season begins in October. There’s an off chance that his rehab has been going fantastic and he’s exceeding the expectations of the Spurs’ coaching staff, but it would be a tremendous surprise if he earned a roster spot.