The Silver & Black are one of four teams playing in Salt Lake City Summer League, which tips off Monday and ends Wednesday. 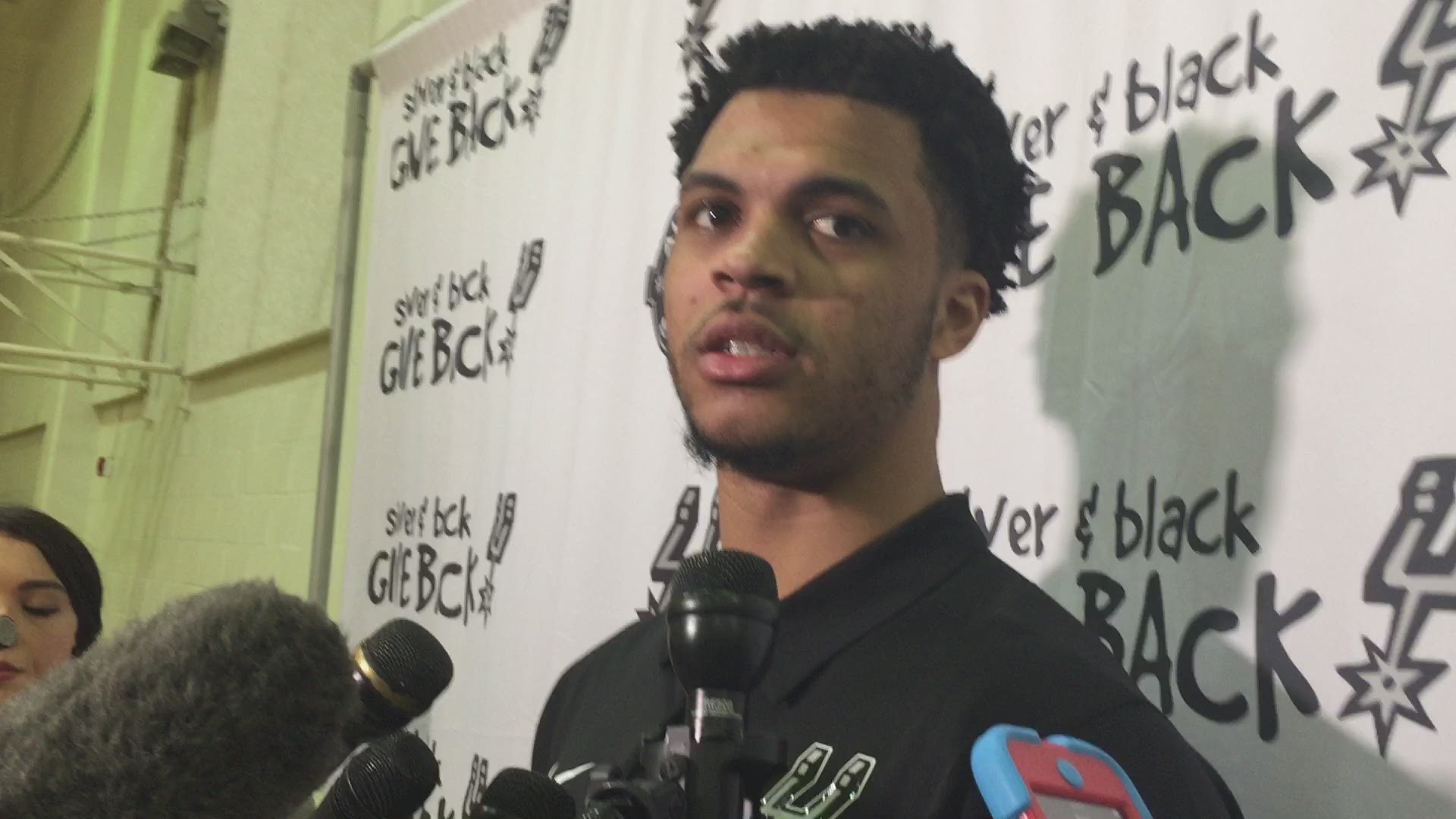 SAN ANTONIO – Guard Lonnie Walker IV and forward Chimezie Metu, rookies on the Spurs’ 2018-19 team, and the franchise’s 2019 draft picks, Luka Samanic, Keldon Johnson and Quinndary Weatherspoon, are on the Silver and Black roster that will play in the Salt Lake City Summer League next week in Utah.

The Cleveland Cavaliers, Memphis Grizzlies and Utah Jazz also will play in the Summer League, which tips off Monday at Vivint Smart Arena in Salt Lake City and ends Wednesday.

All three of San Antonio’s draft picks said Tuesday that they are eager to get on the practice floor and start learning the Spurs’ way of doing things.

Asked what he thought about the Spurs as he came up through the college ranks, Weatherspoon said: “Just their development program, the way they develop guys. That’s one thing I believed in with San Antonio, and something I always thought they did a great job of doing.”

Samanic, a 6-foot-11 power forward from Zagreb, Croatia, was taken by San Antonio with the 19th overall pick in last week’s draft. Only 19 years old, Samanic played the 2018-19 season with KK Olimpija, averaging 9.1 points, 5.5 rebounds, 1.3 steals and 19.6 minutes in the Slovenian League.

Also 19, Johnson was named Southeastern Conference Freshman of the Year in his only season at Kentucky in 2018-19. He was selected by the Spurs with the No. 29 pick in the draft. The guard/forward was one of three Kentucky players selected in the first round.

Johnson averaged 13.5 points, 5.9 rebounds, 1.6 assists and 30.7 minutes in all of the Wildcats’ 37 games, helping lead the Wildcats to the NCAA Tournament’s Elite Eight. He earned All-SEC second-team honors.

Weatherspoon, a guard taken by the Spurs in the second round with the No. 49 overall pick, played four seasons at Mississippi State and completed his career as the No. 3 scorer in school history. An All-SEC selection in his final three seasons, Weatherspoon earned a spot on the first team as a senior. He averaged a career-best 18.5 points to go with 4.7 rebounds, 2.8 assists and 1.68 steals.

Spurs draft picks Samanic, Johnson and Weatherspoon are eager to go to work