All week, local service members have been nominated by fans and honored during Spurs game broadcasts through USAA’s “Salute Spotlights.” 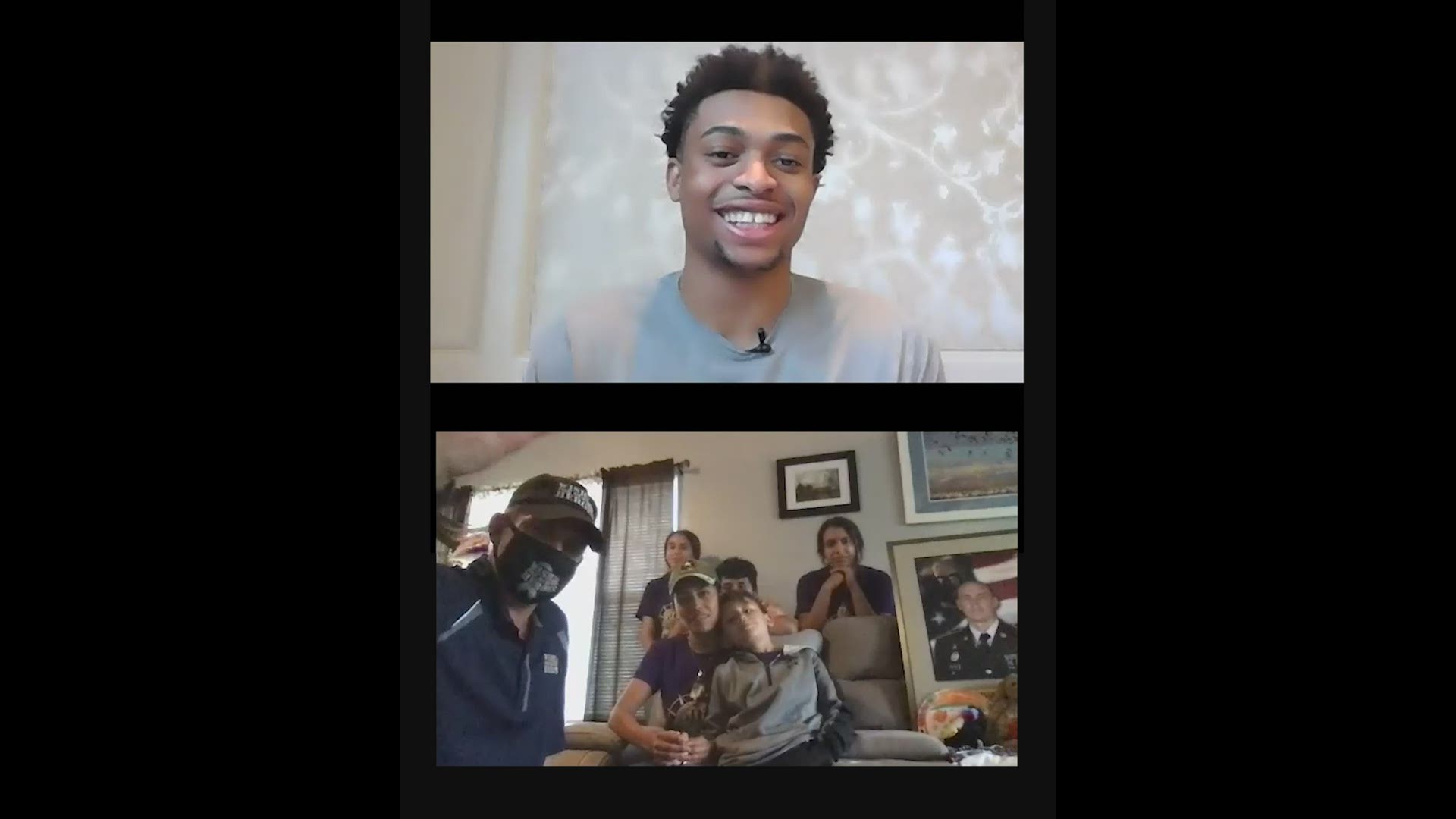 SAN ANTONIO — The San Antonio Spurs and USAA are teaming up for Military Appreciation Night Monday as the Spurs host the Milwaukee Bucks.

The event is taking place Monday, May 10. The tradition, which spans more than a decade, honors local military, including active duty members, National Guard and reserve and retired service members and their families.

All week, local service members have been nominated by fans and honored during Spurs game broadcasts through USAA’s “Salute Spotlights.”

During the game on Monday, military members will be recognized throughout the night for their service through special in-game moments. USAA members and fans with a military ID can receive $5 parking in Lot 4 at the gate, until space is full and 15% off in the Spurs Fan Shop at the AT&T Center for the May 10 event.

"This is all part of the more than decade long commitment to honor the military community by the Spurs and their official military appreciation partner, USAA," the release says.

Also in the release, through Wish for Our Heroes, USAA and the Spurs teamed up to grant a wish to a San Antonio military family in need.

Spurs player Keldon Johnson surprised the Watson family during a video session with the news of a $10,000 gift and invited them to the May 10, Spurs vs. Milwaukee game.

You can watch that video here:

The wish was granted posthumously to SSG David Watson, a cancer survivor, who later contracted COVID-19 and passed away due to complications in November 2020.

His wife Adrianna Watson and their four children received the gift on his behalf as a show of gratitude for his service and their commitment as a military family.

“We are forever indebted to SSG Watson and the other men and women who valiantly serve and protect our country,” said Eric Engquist, USAA vice president of brand management and U.S. Army veteran.

You can find out more about the Spurs and USAA’s military appreciation efforts and special benefits for USAA members and the military community by clicking here.