Tim Duncan 'stepping away' from full-time coaching role with Spurs, according to report 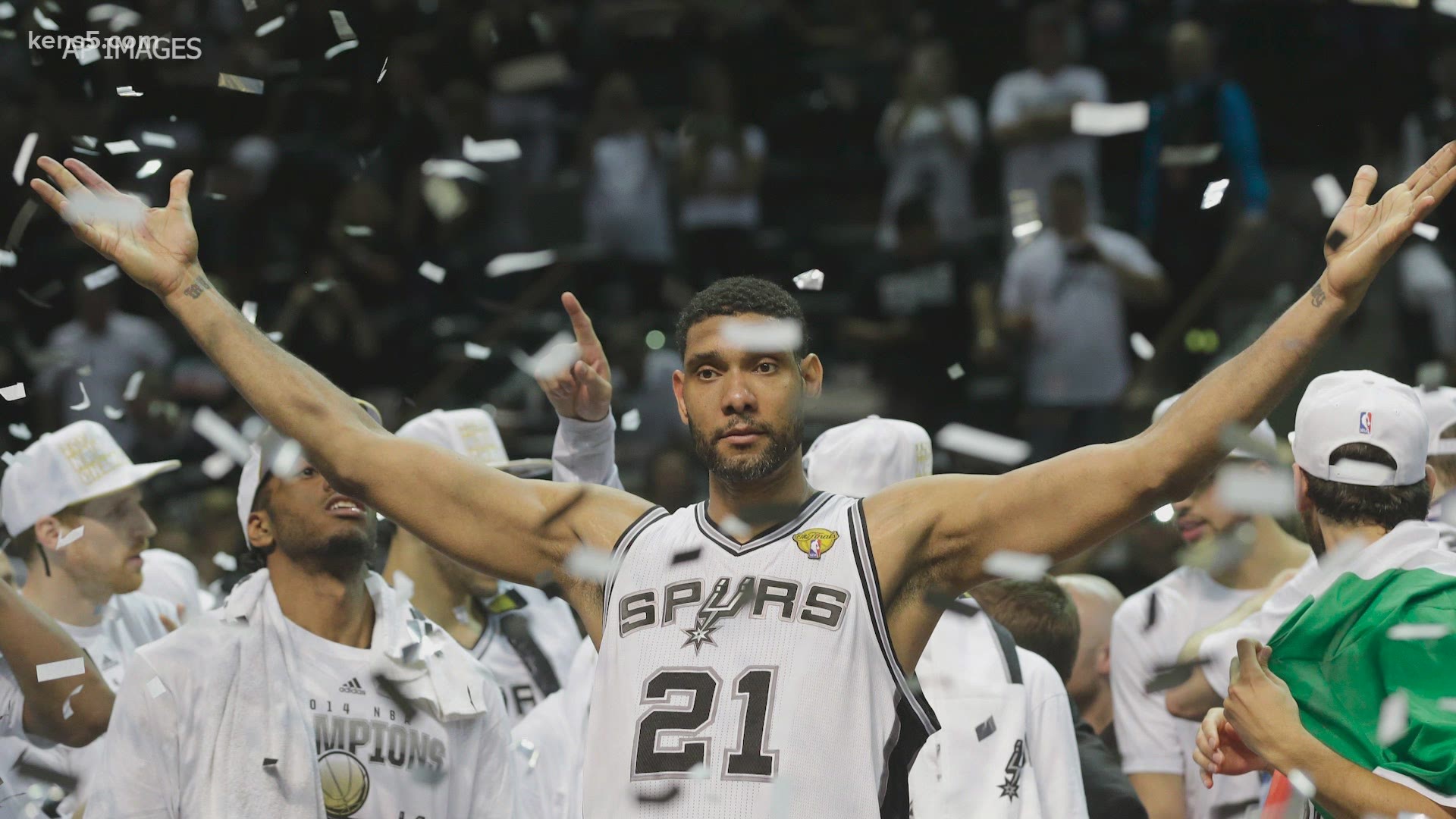 SAN ANTONIO — Well, it was "Big Fun" while it lasted.

San Antonio Spurs legend Tim Duncan's run as a full-time member of the team's coaching staff is ending after one season, according to a report from the New York Times sportswriter Marc Stein.

Duncan joined head coach Gregg Popovich's staff as an assistant in July 2019 alongside Will Hardy and Becky Hammon. During his tenure, he won his first game while serving in a head coaching capacity in March, after Popovich missed a road game against the Charlotte Hornets.

When the Spurs resumed the 2019-2020 regular season in July following a five-month pause due to the coronavirus pandemic, Duncan did not join the team in the NBA bubble in Orlando; instead, the Spurs announced he would stay

Stein did not indicate whether Duncan would take on a part-time role when breaking the news on Twitter.

The Spurs' Tim Duncan is stepping away from full-time coaching after spending last season on the bench on Gregg Popovich's staff, @NYTSports has learned

With the addition of Mitch Johnson to the coaching staff, the Spurs now have two assistants on the bench under the age of 35. pic.twitter.com/jfgVshWZIF

Duncan retired from the Spurs following the 2016 season as a 15-time All-Star and top-15 all-time scorer. His number 21 jersey was retired by the Spurs shortly after his retirement.

Duncan won five titles, two MVP awards, and three Finals MVPs with the San Antonio Spurs. Over a 19-year career, he won 71% of his games, more than anybody in the NBA, NFL, NHL, or MLB in that time. His full resume puts him among the all-time greats in the history of basketball and sports.

Duncan is part of the Naismith Memorial Basketball Hall of Fame's class of 2020 alongside other basketball greats such as Kobe Bryant and Kevin Garnett. The class will be enshrined May 13-15, 2021.

Following the announcement in April that Duncan was named to the hall of fame, the Spurs great praised his teammates and coaches, humbly said how blessed he was, and said that he never felt underappreciated because the whole team was focused on winning.