FINAL: Pop calls Spurs 'too soft' after getting clobbered by Jazz 130-109

After starting the year with two wins and then dropping three straight close games under difficult circumstances, the Spurs played their first stinker of the year. 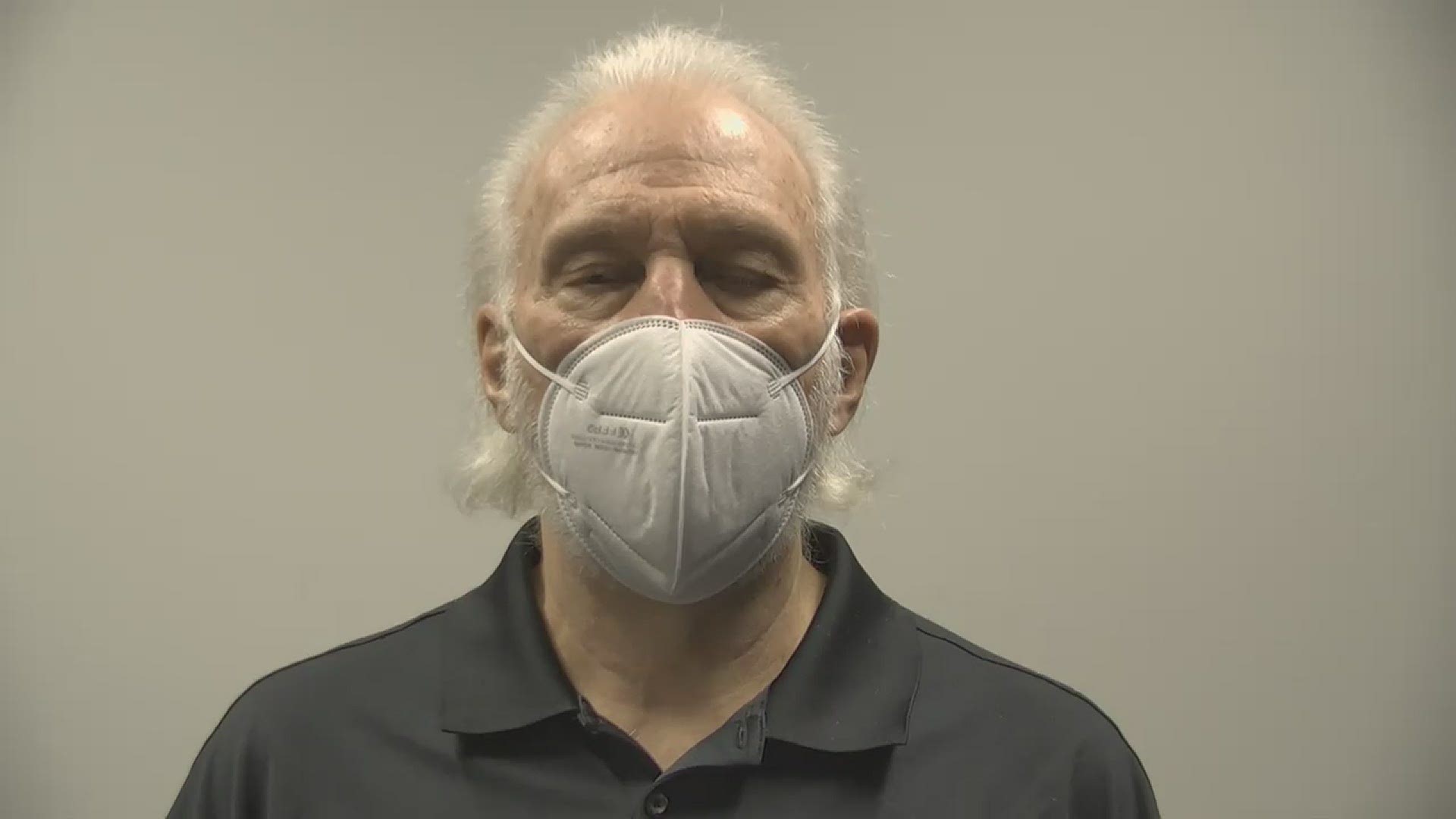 After starting the year with two wins and then dropping three straight close games under difficult circumstances, San Antonio put together their first real stinker of the year. They allowed the Jazz to shoot 21-41 from three in their building, and mustered just 6-19 themselves.

"I don't think we were as physical or aggressive as we needed to be," said Coach Gregg Popovich after the loss. "If you're not gonna get a three, you've gotta finish at the rim, and we didn't do that very well, so we got in a hole. Overall, we've got to play a little more consistently in a physical manner, a little too soft."

Pop again praised Keldon Johnson, who again finished with a team-high for points, this time at 22. Johnson was one of the lone bright spots in a game that wasn't close for much of the second half. despite that, he never stopped attacking. There doesn't seem to be a way to get Keldon to talk about his individual game win or loss, but especially after a loss. 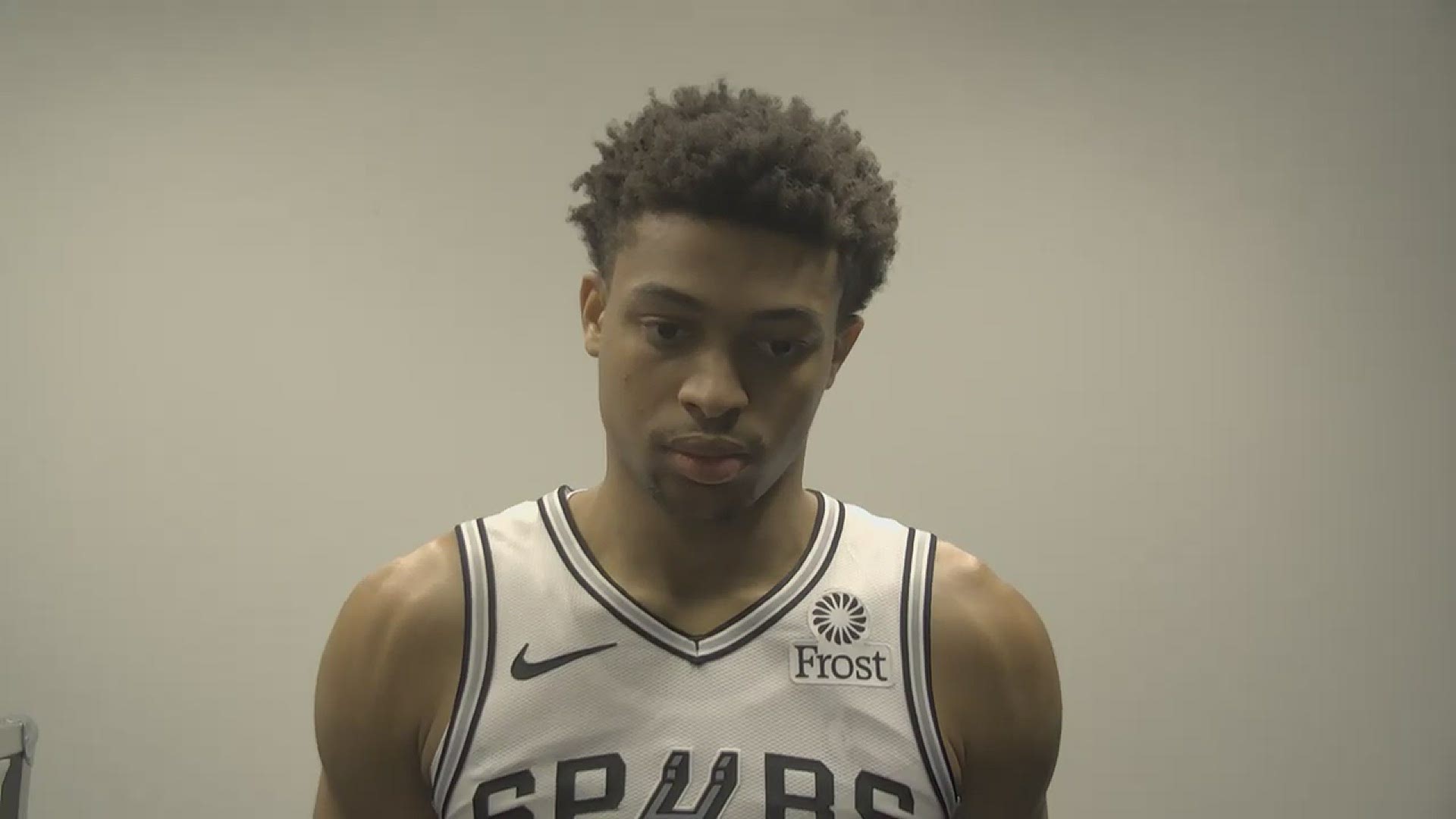 San Antonio clearly missed LaMarcus Aldridge, who could have potentially pulled Rudy Gobert out of the paint on defense, where he recorded 6 blocks to go with 7 points and 16 boards. The Spurs lost the game where he struggled in New Orleans, and the three games he's missed since in matchups where he could have made a difference.

Ditto on Derrick White, who according to Pop reinjured the same toe he had offseason surgery on.

Dejounte Murray came into this contest averaging about 17, 7 and 7, but he missed his first eight shots and finished the night 1-13. It was the polarizing point guard's first bad game of the year, and definitely contributed to the Spurs' worst game of the year.

Afterward, Lonnie Walker IV had his back.

"Today's one game out of a whole bunch more that he's gonna dominate," Walker said. "He's gonna go into this next game, he knows what's expected out of him and he's gonna pick it up for sure." 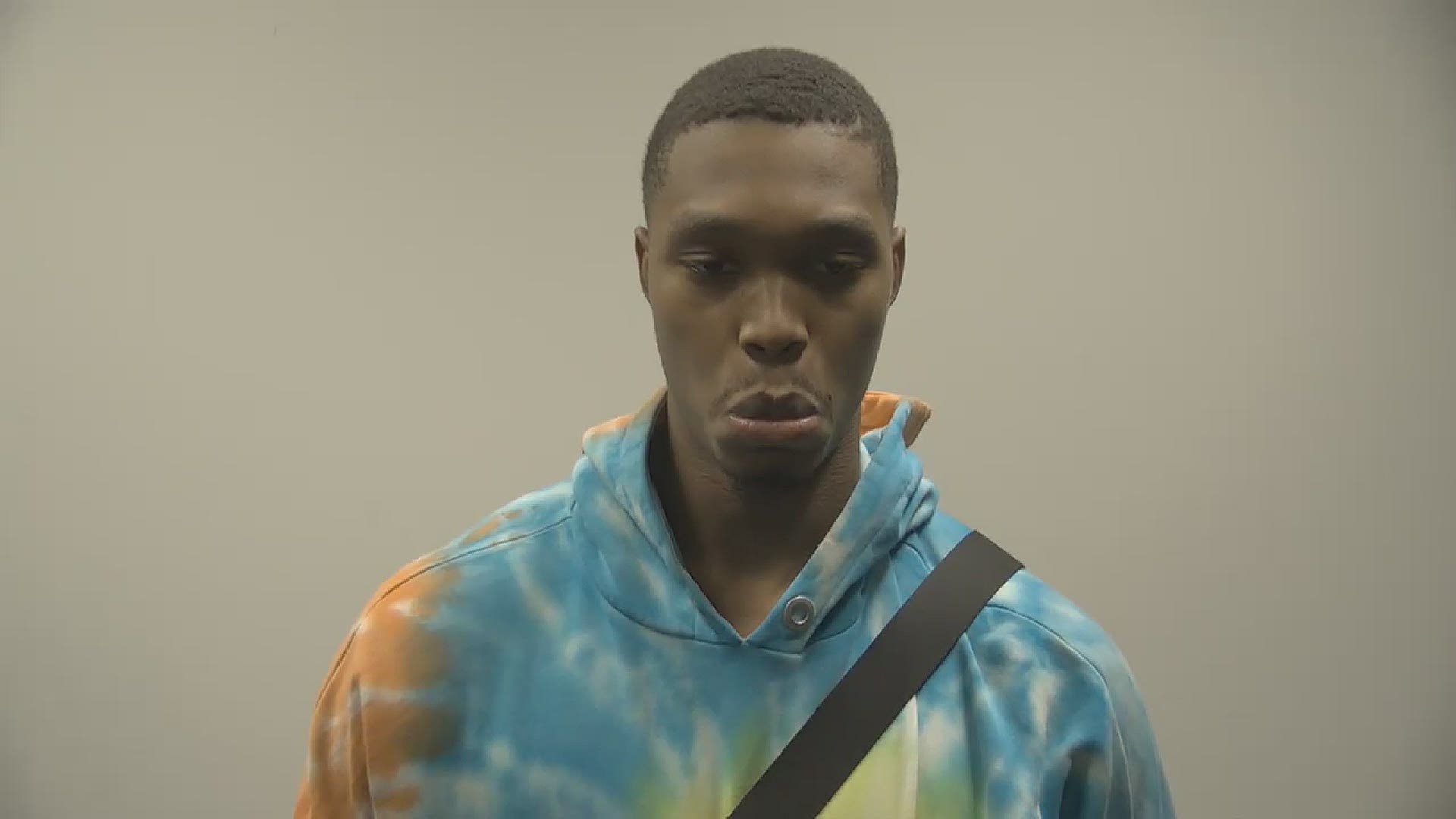 The blowout nature of the loss did allow for the entire dressed roster to play, giving guys like Trey Lyles, Tre Jones and Luka Samanic some playing time that they haven't had thus far.

The schedule doesn't get any easier, as San Antonio is hitting the road to play the Clippers in Los Angeles on Tuesday, followed by a third date with the Lakers on Thursday.

San Antonio fell behind early as Rudy Gobert established himself in the paint on both ends and the Jazz shot the lights out. Utah opened the game 4-8 from three, with Donovan Mitchell hitting a couple, and the Spurs had only attempted one at that point.

Lonnie Walker IV blocked Mitchell at the rim, sending Keldon Johnson on a transition break that ended with the type of fearless finish that fans have come to expect from Johnson.

Keldon does that Keldon thingpic.twitter.com/EkVQYRNn7n

DeMar DeRozan was the offensive engine for San Antonio in the opening period, leading the team with 9 points.

DeMar with a game-high 9 points in the quarterpic.twitter.com/90L9s5heme

Utah's offense felt like it was almost entirely lobs and open threes, and Pop couldn't have been stoked about the defense save for a few fast-hand deflections from Rudy Gay.

Joe Ingles added to Utah's three-point total to 6-11 at the end of the quarter with a couple of his own. The Jazz carried a 33-23 lead into the second.

Jordan Clarkson got in on the action, as he always seems to do against his hometown Spurs. He scored 7 of Utah's first 9 points to open the quarter, pushing the Jazz lead to 42-27.

Then Bojan Bogdanovic said, "my turn," and hit a pair of triples within 20 seconds of each other to push it to 50-29.

The young Spurs, didn't give up, though, in fact they just seemed more determined. Keldon Johnson skied in for an offensive board and kicked out to Lonnie, who knocked down a triple.

Johnson made a layup off an assist from Murray, then Poeltl took it right at Gobert for a late-clock hook shot in the post. Keldon grabbed a steal and threw down a ferocious jam.

I heard this Keldon scream from my house pic.twitter.com/axGRfbfN9n

Poeltl and Walker put the finishing touches on a 13-point run that took under two minutes, cutting the deficit to 8.

Utah never stopped hitting threes though, finishing the half 11-22 from deep to just 3-10 for San Antonio. They also won the battle on the boards 30-20.

The barrage of Utah threes continued in the quarter, as Bogdanovic finished the period 6-7 and the Jazz finished 19-36 as a team. Teams generally don't go zone when they're struggling and giving up open triples, and we saw why as the Jazz built a 98-77 lead.

In a possession emblematic of the night for San Antonio, Walker missed a layup but made a tremendous hustle play to save it to Keldon, who drove and missed a tough layup. Poeltl got a third chance, but his soft finish rattled out, and there was not a fourth chance.

Johnson and Walker never stopped attacking, but that's about the best thing you could say about the game.

Dejounte Murray cam into this tilt averaging 17 points per game, but this was by far his worst game of the season. He didn't get a single point until free throws early in the fourth, at which point the game was already functionally over.

Then he got a steal and a transition dunk to get to 1-9 from the floor. Then he started forcing it, and got blocked by Gobert at the rim and the arc in the same possession.

With the game fully out of reach, Devin Vassell, Tre Jones, Trey Lyles, and even second-year project Luka Samanic got some run.

It was San Antonio's first truly bad game of the year, and will surely make for a rough film session.

The Spurs are heading into another big game at the AT&T Center, this time against the Utah Jazz.

"This is bad, bad luck for him and for our team. He actually sprained the same toe that he previously injured, rehabbed, and came back," Popovich said. "You can see it on film, he stubbed his toe, his shoe just hit directly into the ground, and he sprained the exact same toe, so we're gonna get it looked at tomorrow, and we'll go from there."

LaMarcus Aldridge remains out due to knee soreness that has caused him to miss three in a row now. That means big minutes for Jakob Poeltl against Rudy Gobert in a matchup between two big, traditional centers who got paid in the offseason.

Poeltl's deal at 3 years and $27 million will provide good value if he can be this team's starting center in the future and continue to provide two-way support. Gobert's deal was just a smidge larger at $205 million for 5 years. We'll see how much of a difference that $178 million makes.

The Spurs young guards will have their hands full with Donovan Mitchell, Mike Conley, and noted Spurs killer Jordan Clarkson off the bench.

Popovich credited his former assistant Quin Snyder and his staff for the job they've done in Utah, and the style they play.