The 49th pick in the 2019 NBA Draft will spend most of the upcoming season with the Austin Spurs. 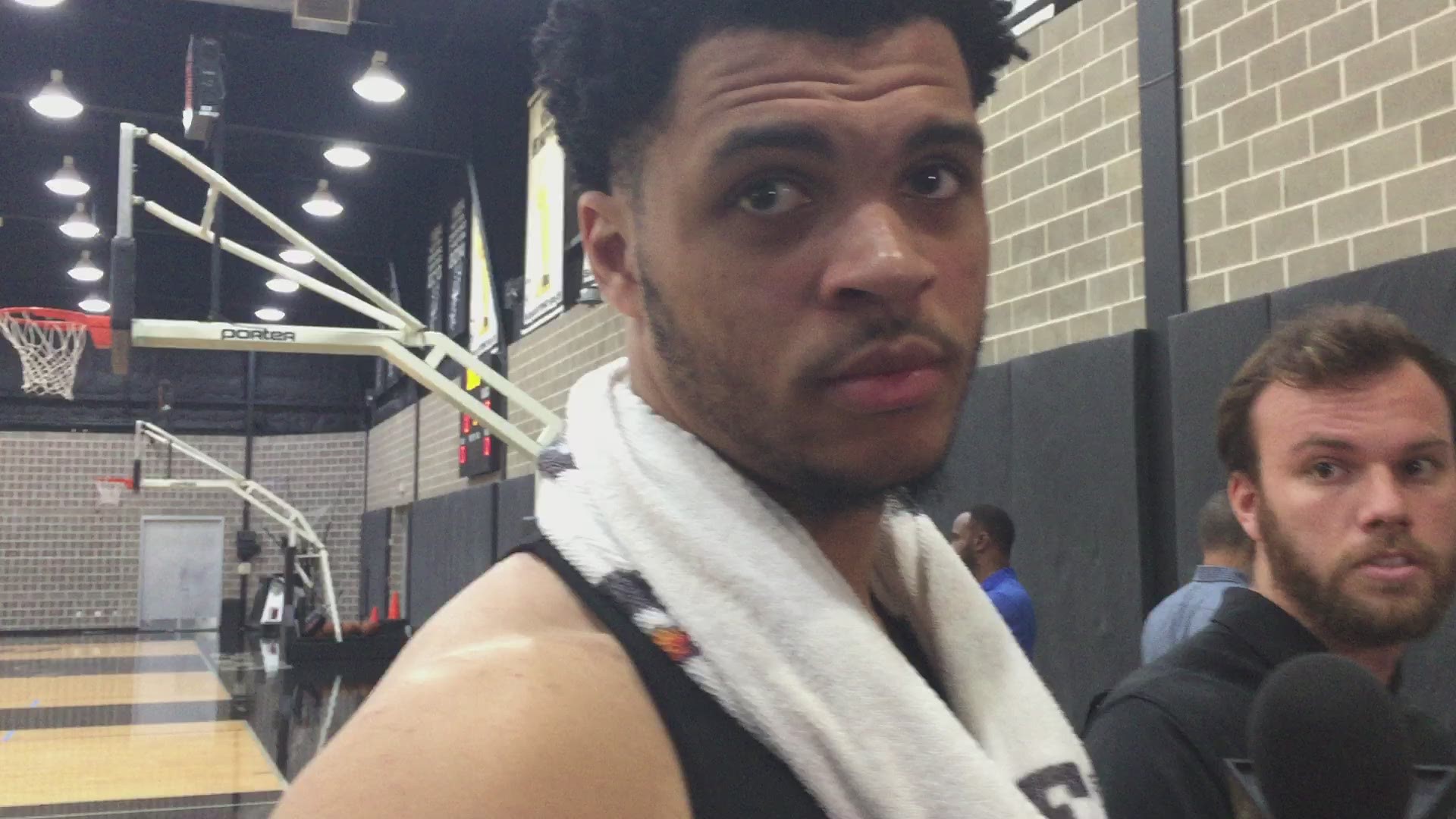 SAN ANTONIO — The Spurs formally announced a pair of moves Monday that shouldn't come as a surprise to NBA fans.

The Spurs officially signed 2019 second-round pick Quinndary Weatherspoon to a two-way contract for the upcoming season. The move will allow the 6-foot-4 guard to be a part of the Spurs organization for the 2019-20 season without taking up a full roster spot. San Antonio is at the roster limit of 15 players after the recent moves to add DeMarre Carroll and Marcus Morris, as well as first-round picks Luka Samanic and Keldon Johnson.

Weatherspoon is currently participating on the Spurs Summer League team where he’s averaging 15.0 points, 4.0 rebounds, 2.0 assists and 1.00 steals in 23.7 minutes in three games between the Salt Lake City and Las Vegas Summer Leagues.

A four-year player at Mississippi State University, Weatherspoon is one of just three players in school history to accumulate over 2,000 career points. He earned All-SEC honors in his final three seasons, including a spot on the All-SEC First Team in 2018-19. He tallied 18.5 points per game, plus 4.7 rebounds, 2.8 assists and 1.68 steals per contest.

RELATED: Commentary: Spurs have gotten better in offseason, but so have the other playoff teams in the West

RELATED: Where do the Spurs stand after a frenetic free agency? | The Big Fundamental Podcast

The two-way contract is a relatively new addition to the NBA. The upcoming season will be the third year of the option. It allows teams to carry up to two additional players. According to the NBA, two-way players will spend the bulk of the season in the NBA G League and no more than 45 days with their NBA team. Two-Way players are paid a corresponding daily amount based on the number of days they play in each league.

Last season, the Spurs' players on two-way contracts were Ben Moore and Drew Eubanks. Moore did not play with San Antonio, while Eubanks appeared in 23 games, scoring 41 points and grabbing 34 rebounds. Both players are on the Spurs' Summer League team, which also includes 2018 and 2019 first-round picks Lonnie Walker, Luka Samanic and Keldon Johnson. Those three are guaranteed NBA roster spots for the upcoming season, but could see time with the Austin Spurs as well.

The team also officially re-signed Rudy Gay, a deal that was reported at the start of free agency on June 30. According to reports, the deal is for two years and $32 million, but the Spurs would not confirm the terms of the deal, per team policy. The 13-year veteran appeared in 69 games for the Spurs last season and averaged 13.7 points to go along with a career-high 6.8 rebounds and 2.6 assists in 26.7 minutes while shooting a career-best 40 percent from three-point range, the team said.

Now, barring another trade, the Spurs' roster for the 2019-20 season appears to be set. The team still has the option of signing one more player to a two-way contract for the coming season.

Bible shortage? Publishers say tariffs against China could cause it