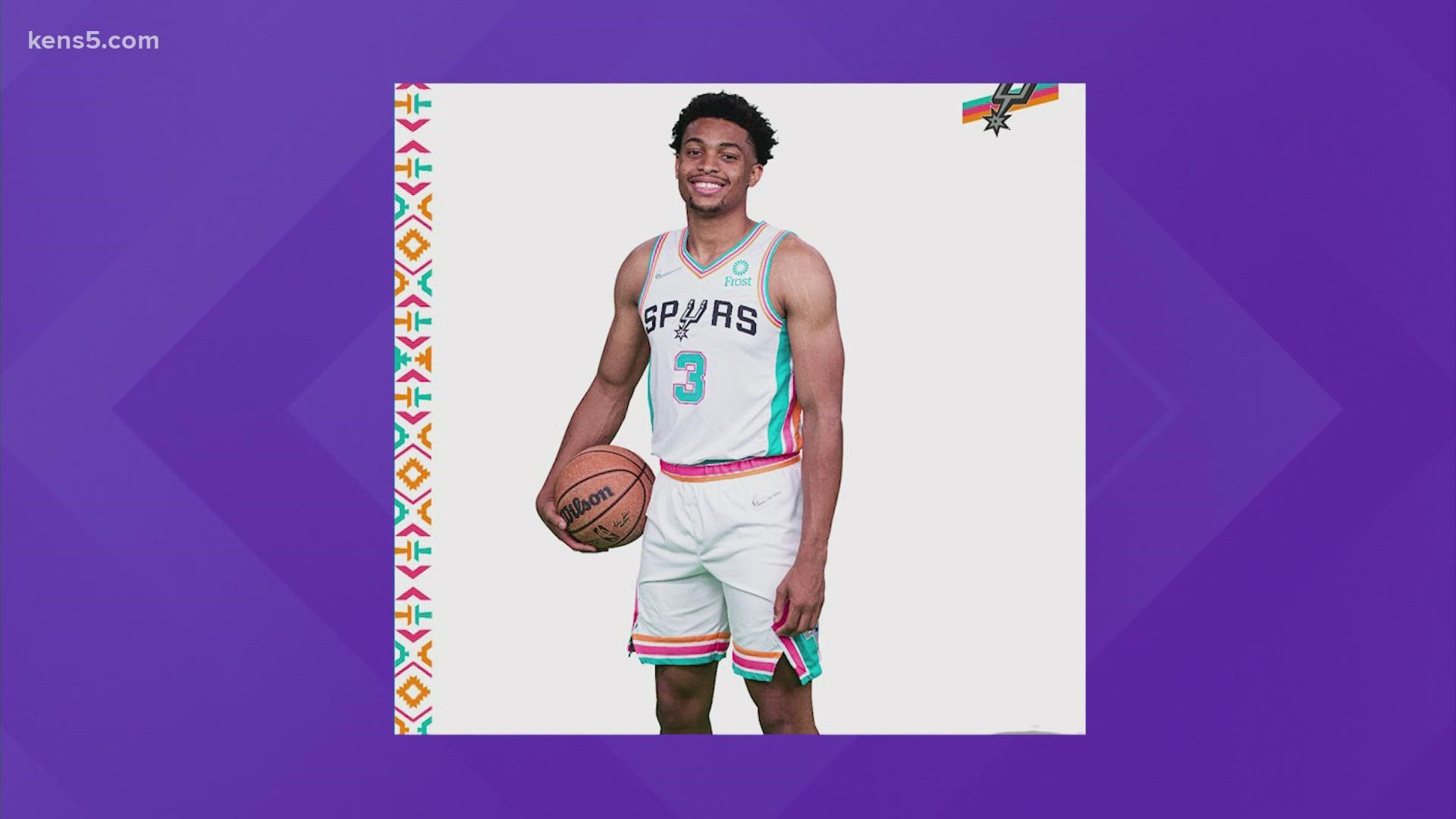 SAN ANTONIO — San Antonio needed to address its three-point shooting and drafted Joe Wieskamp out of Iowa in the 2021 NBA Draft.

He showed off that shooting touch against Mexico City with 20 points off 8-14 shooting and 4-8 from the three-point line in Austin's 112-110 win over the Capitanes Sunday night.

Wieskamp also showed some good defensive plays and is using his time in Austin to become a better defender.

"Defend. That's one of the things the Spurs pride themselves on is being a good defensive team," Wieskamp said.

The rookie recorded six rebounds versus Mexico City but no steals and no blocks.

The time in Austin will certainly help him work on the defensive end of the court and he doesn't deny it needs work.

RELATED: 'Enjoy the journey' | Rookie Joe Weiskamp says Spurs are encouraging him while with Austin Spurs

"That's an area I need to improve upon," he said. "It's something I've been really dialed in on. Just trying to get better at it."

He is fully aware his offensive game is sound. Aside from the three-point shooting, he can make shots from inside the arch and cut to the rim.

In college, he put up points but had lukewarm defensive numbers with 0.4 blocks, 0.9 steals, and 5.8 rebounds per game in his time at Iowa.

Now at the pro-level, Wieskamp is seeking a well-rounded game.

"Defensively that's the biggest thing right now," Wieskamp said. "Just be up in their space better. Not getting blown by. Just be in the right spots at help defense. Those different things."

Right now he's getting valuable playing time that may not be afforded to him in San Antonio to work on his total game.

And with the Spurs stressing defense first, he understands he must improve in this category should he get time on the San Antonio court in the future.

"Communicating. Being a complete player and playing on both sides of the floor," said Wieskamp.