Notable games include an early trip to Los Angeles to face Kawhi Leonard and the Clippers on Halloween night. 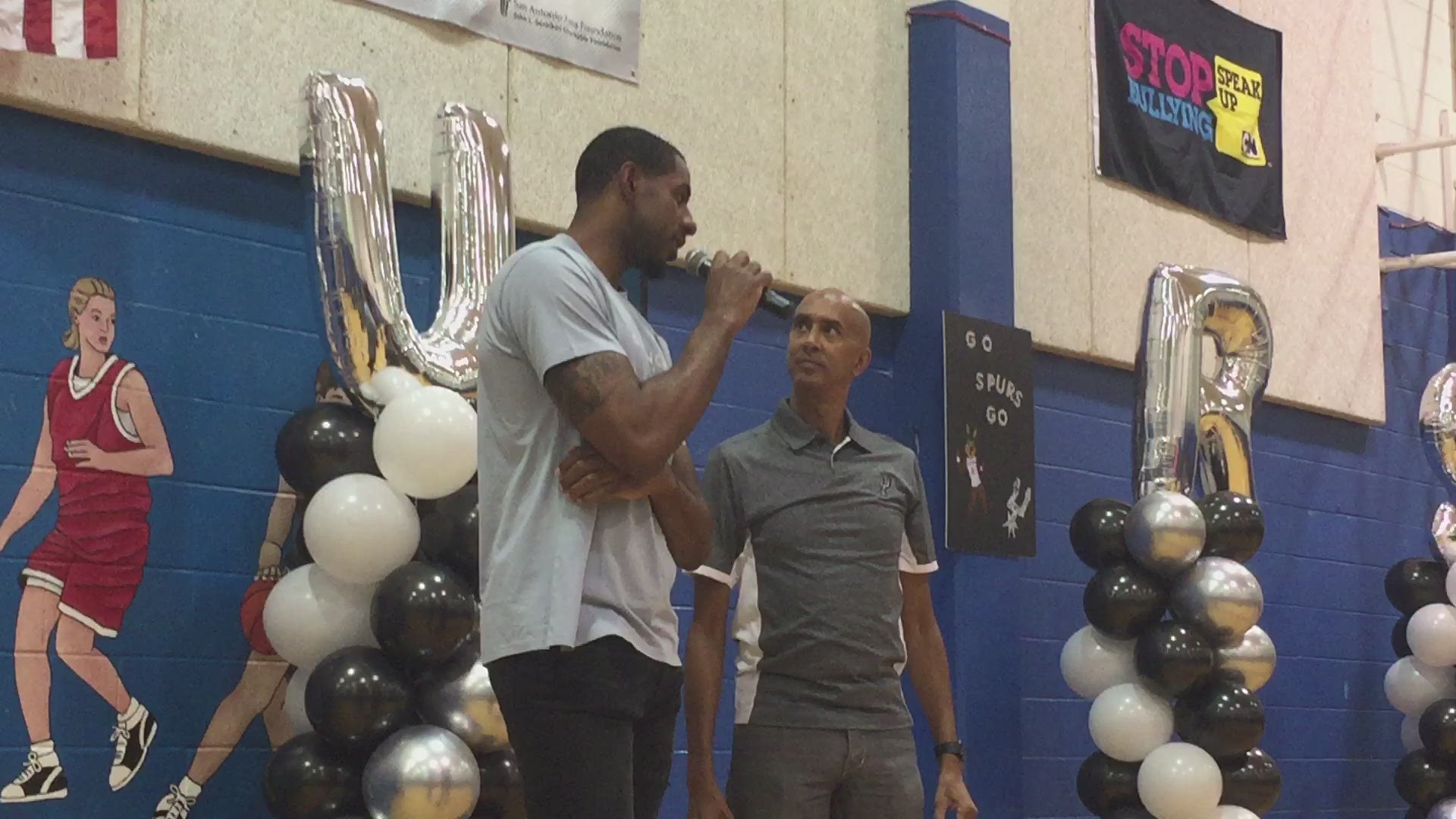 SAN ANTONIO — Fall is right around the corner, and so is basketball season in San Antonio!

The San Antonio Spurs will kick off their 2019-2020 regular season at home against the New York Knicks on October 23.

The team's full schedule for the next season was released Monday.

Notable games include an early trip to Los Angeles to face Kawhi Leonard and the Clippers on Halloween; on that same road trip, they'll travel to San Francisco for a matchup against the Golden State Warriors.

On Saturday, December 14, the Spurs will travel to Mexico City to play the Phoenix Suns.

The notorious "Rodeo Road Trip" commences February 3, 2020 with a trip to L.A. to face off against the Clippers and Lakers in back-to-back evenings. The eight-game road trip concludes in Oklahoma City on February 23.

The Spurs will end their regular season against first-round draft pick Zion Williamson and the New Orleans Pelicans on April 15.

According to a media release from Spurs Sports and Entertainment, single-game tickets for the entire season go on sale Wednesday, August 14 at noon. Season tickets are still available, according to SS&E.

The Silver & Black have clinched a playoff berth in 22 straight seasons and have set the best winning percentage over a 22-year-span in league history.

RELATED: Spurs to play the Phoenix Suns in Mexico City

RELATED: Aldridge says he was surprised by Duncan's decision to rejoin Spurs as assistant coach