San Antonio is in solid position to make the top 10 in the West, even with a tough schedule. Here's what the rest of their season looks like. 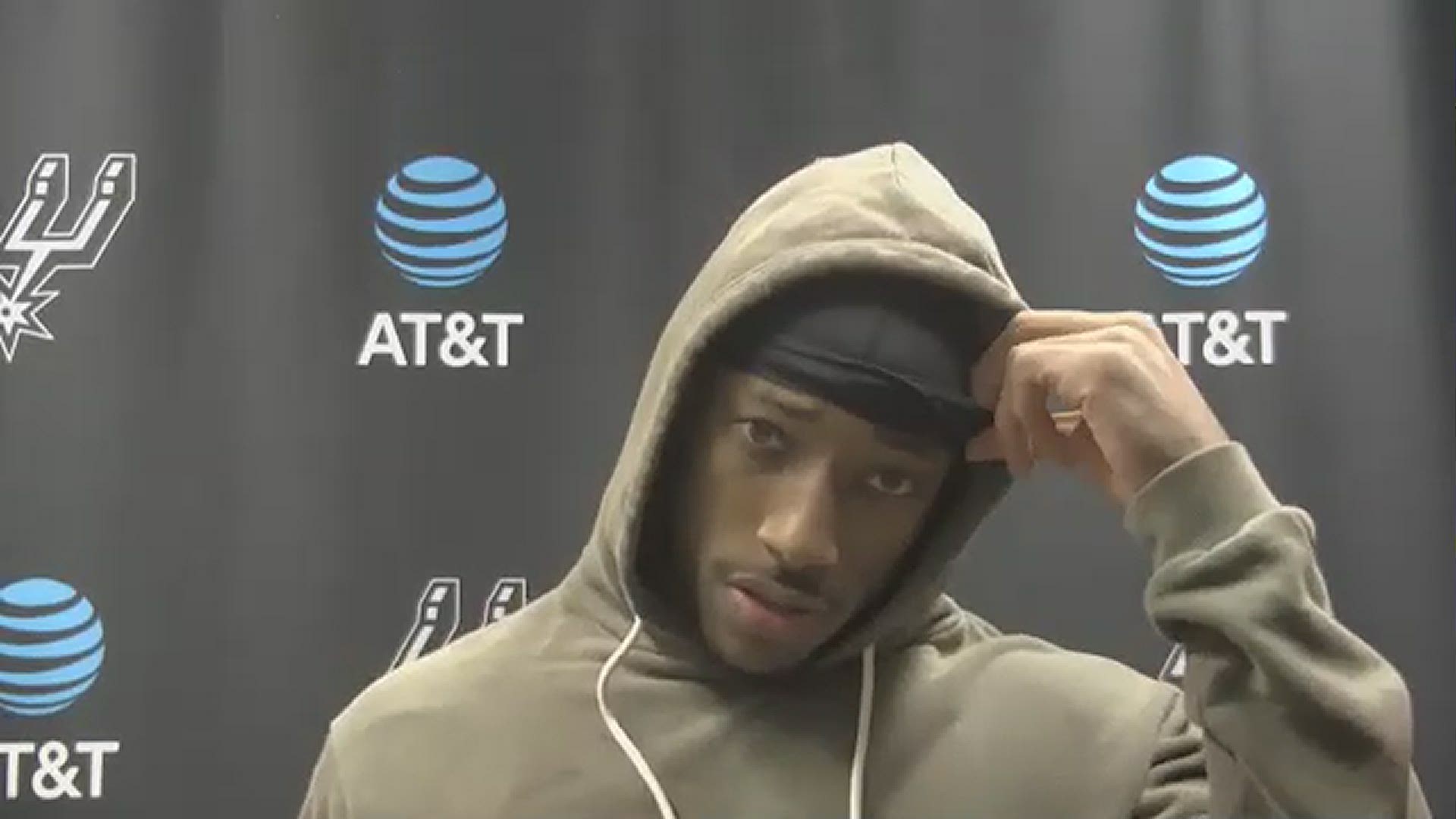 SAN ANTONIO — The Spurs have had their ups and downs in an unprecedented coronavirus season, but at 30-29 with just 13 games to play, San Antonio has a well-defined path to the NBA's new play-in tournament

Seeds 7 through 10 in each conference will participate, and with a huge win over the 11-seed Pelicans on Saturday, San Antonio extended their lead in the standings over them, making it quite difficult for New Orleans to catch up. Here's where things stand for the Spurs as they make their final push.

Here's how the play-in tournament will work:

This means that no seed below 6 is guaranteed a spot, and teams in the top half of the play-in each need to win just one game while teams in the bottom half would need to win both to advance.

At 30-29, San Antonio is currently the 9 seed in the Western Conference.

They're up 4.5 games on the Pelicans at 11, and that's the team that would need to surpass the Spurs in the home stretch to prevent them from reaching the play-in. At this point it seems unlikely, even with a difficult schedule for San Antonio.

The Magic number is at 8, meaning that if the combined number of Pelicans losses and Spurs wins for the rest of the season reaches 8, there will be no way for New Orleans to catch up.

The 30-30 Warriors are just a half game behind the Spurs in tenth, and that would be the first play-in opponent for the Spurs if the standings held. However, seeds 6-10 are tightly packed within three games.

The Blazers and Grizzlies currently sit at 7 and 8, respectively. After Memphis beat Portland on Sunday afternoon, the Spurs sat just a game behind the Grizzlies (31-28) and 1.5 games behind the Blazers (32-28).

If one or both of those teams slip and the Spurs get into a groove, they could play their way into the top half of the play-in.

The Dallas Mavericks, meanwhile, are in sixth with a 33-26 record. They'd need to stumble pretty far for the Spurs to catch them from three games back for a shot at a guaranteed playoff spot, but it could happen.

The Spurs are closer to that sixth seed than they are to falling out of the race entirely, so tanking seems out of the question.

That's great news for San Antonio in a vacuum, but the rest of this season should be challenging right until the end.

The Spurs have 13 games remaining, tied for the most with a handful of teams that are cramming at the end due to COVID cancellations earlier in the season. San Antonio hasn't had two days off in a row since the All Star Break, and they've had to find rest for their guys when possible down the stretch.

Nine of the remaining games are on the road, and eight will be parts of back-to-back sets. The Spurs will finish the season with four games in five nights, all against playoff teams.

In fact, San Antonio has the most difficult remaining schedule according to Tankathon, with opponents combining for a winning percentage of .601.

Portland and New Orleans have a fairly difficult road as well, but the Mavericks, Grizzlies and Warriors all have multiple games against teams that have no incentive to win.

The Spurs will face their 'easiest' opponent in Washington tomorrow, and the Wizards have won seven in a row behind Bradley Beal and Russell Westbrook as they make their own play-in push. The Kings are the only other opponent below .500 in the last dozen games for San Antonio.

In addition to the two total games against losing teams, San Antonio will face each of the top two teams in the West twice, closing the season with a back-to-back against the Suns. They'll also face Portland in a game with huge implications.

Outside of that, it isn't much easier. The Spurs will play Miami, Boston, Philadelphia, Milwaukee, Brooklyn, and New York. That's six of the top seven teams in the East.

It looks tough, but there's a chance the difficult schedule actually helps San Antonio a little bit. These teams are all still jockeying for positioning, but they'll also be looking to rest players and make sure everyone is healthy for when the games matter most.

Not many teams look forward to tough opponents on the road, but for whatever reason this season the Spurs have often looked better in those games than they have in winnable games at home. Perhaps it unlocks a higher level of intensity, but whatever it is, they won't back down from a challenge.

The final month of this season will be a gauntlet for Coach Popovich and his guys, but it's one they've prepared for throughout this entire crazy year. Even if they struggle, they've given themselves enough of a head start that they'll make it to their destination unless the wheels fall off completely.

At this point it would be very hard to tank below the Pelicans. It would be about as hard to catch Dallas for a guaranteed playoff spot, given the schedule.

All signs point to San Antonio making the play-in tournament. Sure, they missed some opportunities this year. They also stole games against superior opponents, dealt with key injuries, and transitioned away from a former cornerstone in LaMarcus Aldridge, all while battling a coronavirus outbreak and the scheduling havoc it created.

The feeling around the team is that they're better than their record shows, and they're probably right. They have a dangerous closer in DeMar DeRozan, a solid two-way point guard in Dejounte Murray, and guys like Derrick White, Jakob Poeltl, and Lonnie Walker IV have stepped up in recent weeks to help this team show their potential.

Will this group win a title this year? Almost certainly not, but competing in crucial games at the end of the season, in the play-in tournament, and potentially in the playoffs will provide valuable experience for the young core.