Spurs made things tougher on themselves by losing at home, failing to take 3-1 series lead against Nuggets 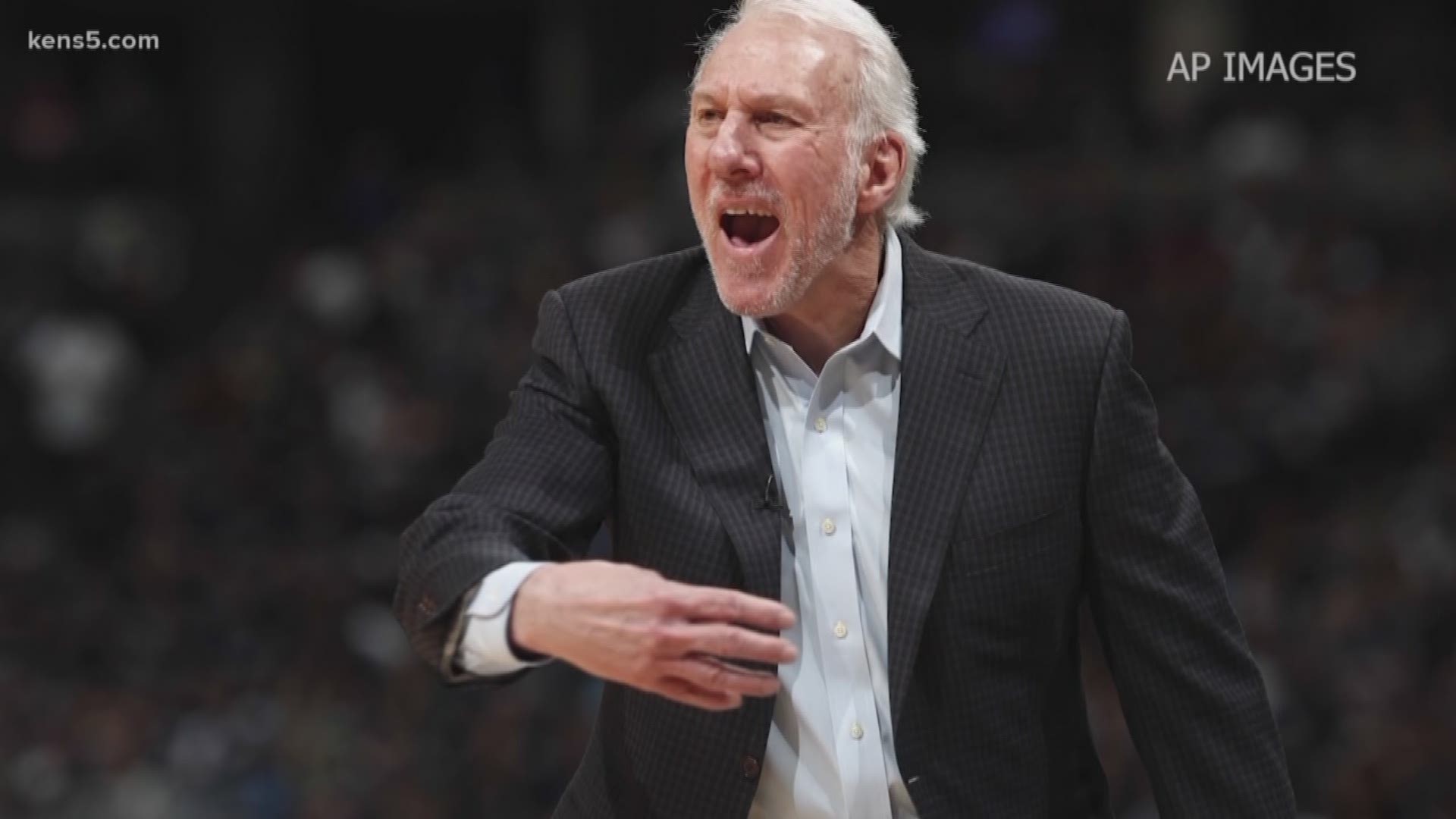 SAN ANTONIO – After blowing their chance to push the Denver Nuggets to within one game of playoff elimination, the Spurs now face the arduous task of having to win on the road one more time to take the first-round playoff series.

The Nuggets beat the Silver and Black 117-103 in Game 4 on Saturday at the AT&T Center, evening the series 2-2 and snapping a 14-game losing streak in San Antonio.

“They played like they needed the game,” Spurs forward LaMarcus Aldridge said. “That was it.”

Game 5 is at 8:30 p.m. Tuesday at the Pepsi Center in Denver, where the Nuggets were a league-best 34-7 during the regular season. San Antonio got a split in the first two games of the series in Denver, winning the opener before the Nuggets took Game 2.

The Silver and Black won Game 3 to go up 2-1 when the series moved to San Antonio, and appeared poised to take a 3-1 lead when went ahead by 12 in the first quarter of Game 4. But Denver refused to go quietly into the night, outscoring San Antonio 32-20 in the second period to forge a 54-54 tie at the half.

“We were there (but) shots stopped falling for us,” Aldridge said. “They started making shots. They got the momentum on their side and once they had it, they kept it. Just got to stay with it, try to focus on our defense more and just stay positive.”

Credit: Photo by Antonio Morano (bit.ly/XR79FT) / Special to KENS5.com
Spurs coach Gregg Popovich, giving an official a piece of his mind in Game 4 against the Nuggets on Saturday, called the loss 'very, very disappointing.'

Center Nikola Jokic scored a game-high 29 points and keyed the third-quarter run that carried Denver to its first victory in San Antonio since March 4, 2012. Jokic, who also finished with 12 rebounds and eight assists, scored 11 points in the third period. He was only 2 of 4 from the field, but one of his baskets was a three-pointer and he went 6 of 6 at the free-throw line.

San Antonio outscored Denver 60-40 in the paint, but in the end, the Nuggets’ three-point shooting did in the Silver and Black.

Denver guard Jamal Murray scored 24 points and nailed 3 of 5 three-pointers after finishing with only six points in the Nuggets’ 118-108 loss in Game 3.

Denver made 15 of 31 three-pointers for 48.4 percent and shot 44.9 percent (40-89) from the field overall. Guard Torrey Craig, who replaced Will Barton in the starting lineup, finished with 18 points and had a hot hand, hitting 6 of 9 shots, including 5 of 7 from beyond the arc.

Barton came off the bench to score 12 points and go 3 for 3 from the three-point line. Backup guard Monte Morris also was productive, finishing with 11 points on 5-of-8 shooting.

The last point in the run was a free throw by Jamal Murray, after Spurs guard DeMar DeRozan was whistled for a technical foul. DeRozan was ejected with 5:01 remaining after flinging the ball in the direction of official Scott Foster, who called an offensive charge on DeRozan. The NBA fined DeRozan $25,000 on Sunday.

Credit: Photo by Antonio Morano (bit.ly/XR79FT) / Special to KENS5.com
Spurs point guard Derrick White and center Jakob Poeltl block a shot in Game 4 against the Denver Nuggets on Saturday at the AT&T Center.

DeRozan was fined for “recklessly throwing the basketball toward a game official and into the spectator stands,” the NBA announced in a statement.

It was that kind of night for the Spurs, who once again surrendered a double-digit lead in defeat. They led the Nuggets by 19 points twice in their Game 2 loss in Denver, the second coming with 5:19 left in the third quarter.

“We gave them runs,” DeRozan said. “We couldn’t capitalize on slowing them down. Also, comeback scoring. Every time we made a mistake or missed a shot, they came back with some big shots. They got too many guys playing extremely well. They hit big shots when they needed to and their role guys came up big for them as well, hitting big shots.”

Aldridge almost had a double-double, finishing with 24 points and nine rebounds despite sitting out the entire fourth quarter. DeMar DeRozan (19), Patty Mills (12) and Bryn Forbes (10) also scored in double figures.

Rudy Gay, Marco Belinelli and Bertans, who normally give the San Antonio bench a boost, were a combined 3 of 16 for only 10 points. The trio was also a combined 1 of 5 from long distance. Gay, the team's third-leading scorer during the regular season with a 13.7 average, went 0 for 7 and scored just two points in Game 4.

Spurs point guard Derrick White, who had a career-high 36 points in the Spurs’ victory in Game 3, finished with only eight points on 3-of-8 shooting in Game 4. He also had four turnovers.

“It was a big game for both teams,” White said. “They came out hungry and they just wanted it more than we did.”