'Ttyl' | Spurs' Lonnie Walker IV cut his hair, and the internet had some thoughts

The book is closed on the second-year guard's signature 'do. 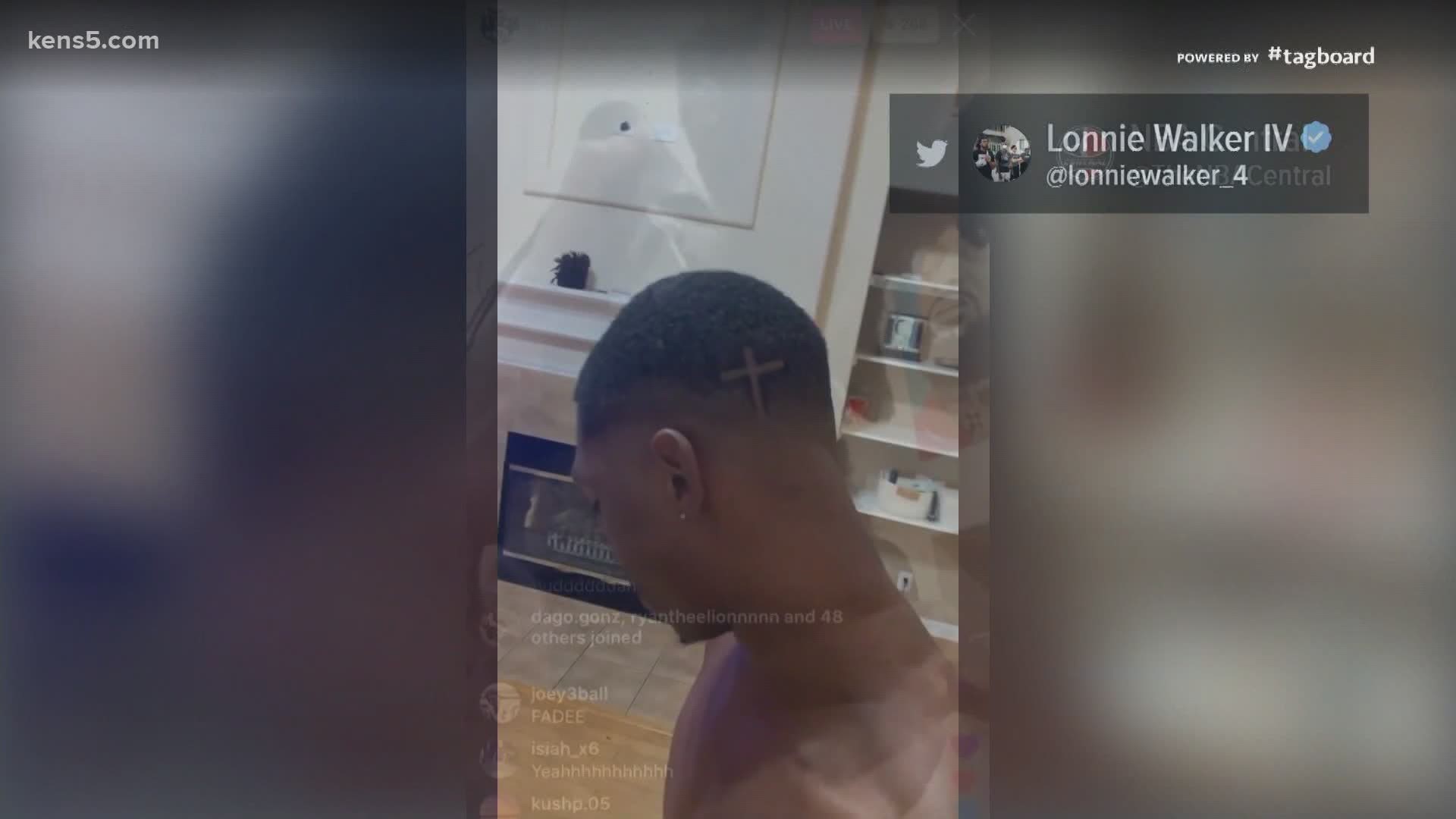 SAN ANTONIO — In February of 1994, the quintessential alternative rock group Pavement released one of their most iconic songs, during which lead singer Stephen Malkmus shouts the lyric, "No big hair!" It's a line one Spurs guard must've taken to heart - if he's ever even listened to the Pavement track that was released before he was born (he probably hasn't).

San Antonio Spurs guard Lonnie Walker IV teased Wednesday that he was going to cut his signature hair -- a look that was some amalgamation of braided dreadlocks and the leafy fronds of a pineapple -- and asked his Instagram followers for suggestions for a new look. Did anyone actually think he'd follow through?

The second-year player did just that during an Instagram live featuring him and his barber, as well as a few cohorts. They can be heard shouting in the background as Walker holds a hand over his eyes and the razor erases what was apparently 6 years of sculpting the signature look.

Let's just say the internet had some thoughts:

We have yet to see the final look for Walker's hair, but the events that unfolded Wednesday were for some a painful reminder of the words written by the poet Robert Frost: "Nothing gold can stay."