San Antonio (4-2) travels to Atlanta to take on a lowly 2-3 Hawks squad trending in the wrong direction. 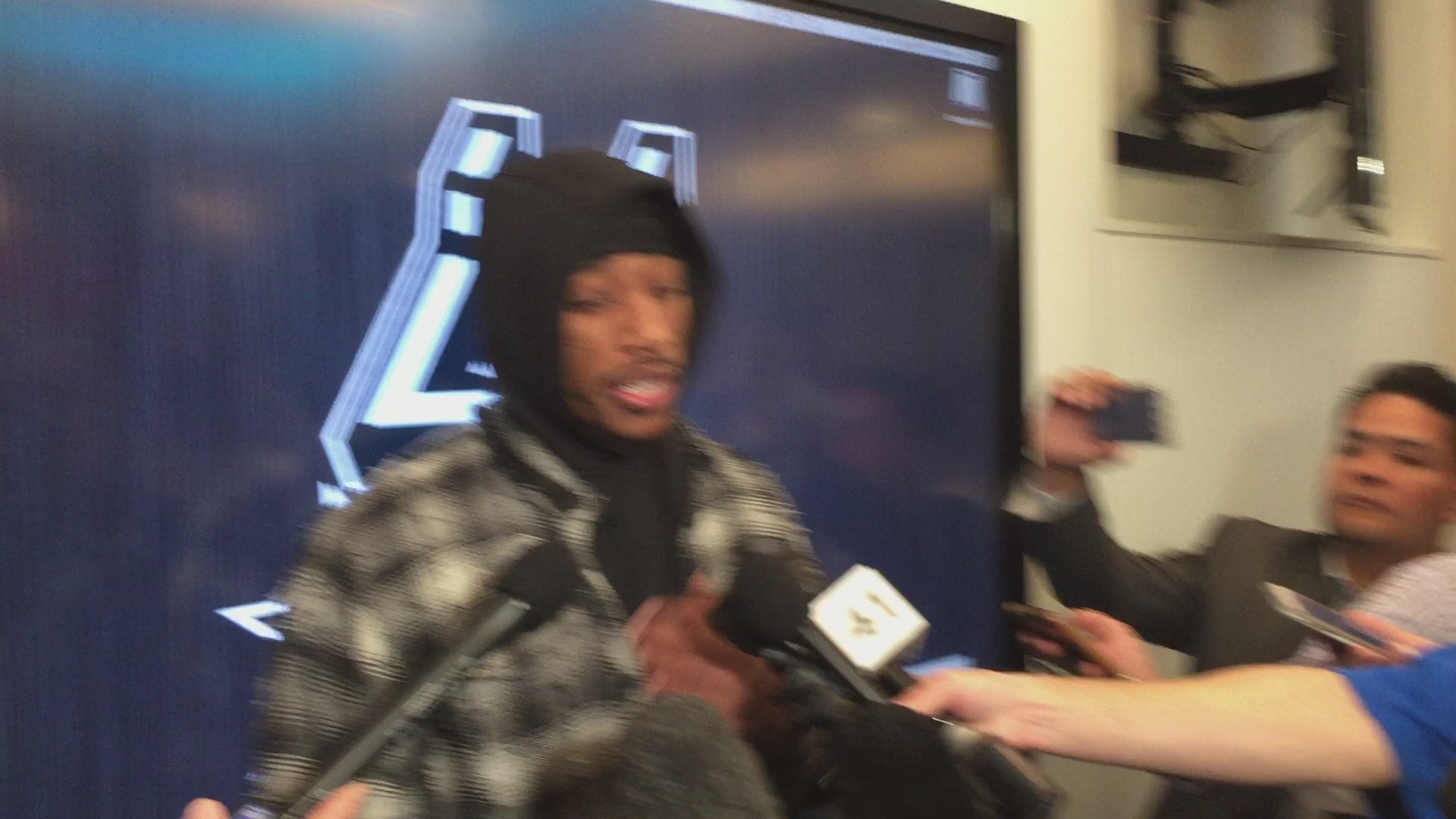 Despite owning an eight-point lead at halftime, the Spurs faltered down the stretch against the Hawks, who outscored San Antonio 38-22 in the final dozen minutes in Atlanta.

Up next for the 4-3 Spurs: a three-game homestand, beginning Thursday night against the Thunder.

A Trey Young layup has given Atlanta its biggest lead of the game, 106-96, and things are looking dour for the Silver and Black with less than a minute to go in the game.

San Antonio faces its biggest test of the game thus far, and it comes with just over four minutes to go. A jump shotfrom Vince Carter has provided the Hawks with an seven-point cushion after the final quarter began with the Spurs having an eight-point advantage.

Atlanta has outscored the Spurs 27-12 in this quarter.

This one's coming down to the wire, folks.

Atlanta has re-taken the lead and leads, 90-87, with less than seven minutes to go in the quarter. The Hawks are trying to avoid their fourth straight loss, the Spurs their second.

A 9-0 run by Atlanta shows the hometown team isn't going down without a fight. They now lead, 79-78, early in the fourth quarter.

San Antonio finished the penultimate quarter up by eight over the hometown team. The Spurs shot 59% from the field in the quarter, a much better mark than they accrued in the first half, while the Hawks shot 55%. DeRozan's 17 points lead all players.

An 8-0 run has provided the Spurs with their biggest lead of the game with 3:24 remaining in the third quarter.

Neither team has been able to pull way from the other early in the third quarter; the score is 56-56 with 7:49 to go in the third period of a game in which points have been scarce.

Atlanta and San Antonio hung almost neck-and-neck with each other the whole half, never allowing the other to put distance between them while neither team managed to reach a sustained duration of hot offense.

The Spurs made 37% of their shots from the field in the first half, compared to 38% for the Hawks. Jabari Parker, Patty Mills and DeMar DeRozan all have 10 points for their respective teams.

San Antonio maintains a slim 36-35 lead in Atlanta as the game marches toward halftime. It's been a low-scoring affair, with both teams still shooting under 40% from the floor.

San Antonio has taken the lead in Atlanta, leading 31-28 with just over seven minutes remaining in the half. The Spurs offensive attack has been a balance one so far; three players have at least six points as the team shoots 37% from the floor in the early going.

After one quarter of play, Atlanta has staked itself out to a slim 22-21 lead, thanks in part to eight early points from Jabari Parker. Both teams are shooting under 40% from the floor.

The Spurs and Hawks are matching each other, step for step, as they are tied 18-18 with less than two minutes to go in the first quarter.

The score is 9-8, advantage Atlanta, at the first timeout of the game with 6:28 to go in the opening quarter. The squads have combined to sink just seven of their first 24 shots from the field, including a 2-10 mark from 3-point land.

Trey Lyles has four points to pace the Spurs early.

Looking to rebound from a hard-fought battle against the Lakers on Sunday night, San Antonio travels to Atlanta Tuesday night to take on a 2-3 Hawks squad that has lost three in a row.

Los Angeles defeated the Spurs (4-2) 103-96, despite a monster Dejounte Murray fourth quarter in which he scored 16 points. San Antonio went 1-1 on its first road trip of the season in California, and will be matching up against a well-rested Atlanta team that hasn't played since Halloween night.

RELATED: SPURS GAMEDAY: Silver and Black look to get back on track in Atlanta