The Nuggets, who host the Spurs in Game 1 of their first-round playoff series Saturday night, finished a league-best 34-7 at home this season. 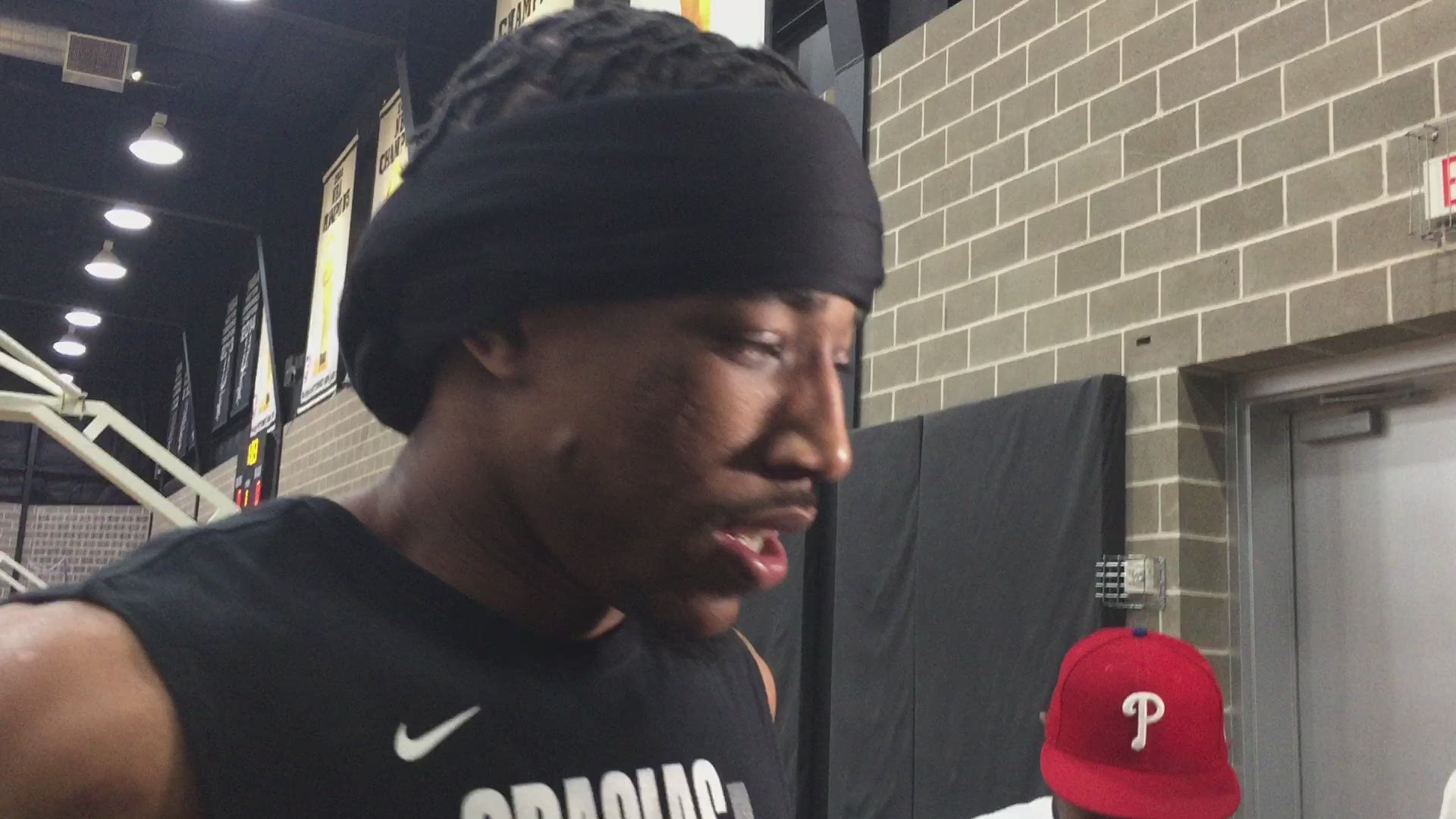 (The Spurs-Nuggets playoff history is at the bottom of the story.)

Back in the playoffs for the first time in six years, the Denver Nuggets earned the No. 2 seed in the Western Conference with a 99-95 victory at home over the Minnesota Timberwolves in their regular-season finale Wednesday night.

The youngest team in the NBA, Denver finished 54-28, only three games behind defending champion Golden State, and was a league-best 34-7 at home. The Spurs had the worst road record (16-25) among the West's eight playoff teams.

Such is the challenge the seventh-seeded Silver and Black will face when they take the floor against the Nuggets in Game 1 of their playoff series Saturday night at the Pepsi Center in Denver.

The Spurs left no doubt they're ready for the postseason before flying to Denver on Friday afternoon.

“This is the real season,” veteran forward Rudy Gay said. “You get excited for this. This is where champions are made, obviously. It’s always good to be playing for something right now, so it’s the best part of the year.”

While Denver is seeded higher than San Antonio, the Spurs have more playoff experience. The Silver and Black are in the postseason for the 22nd consecutive year, tying a league record.

Meeting in the playoffs for the seventh time, San Antonio and Denver split four games during the regular season, with the home team winning each time. The Nuggets routed the Silver and Black 113-85 in their last meeting on April 3. The game was played on the second night of a back-to-back for San Antonio, which finished the regular season 48-34.

Denver edged the Spurs 102-99 on Dec. 28, two nights after the Silver and Black beat the Nuggets 111-103 in their first meeting of the season. San Antonio squeezed by Denver 104-103 on March 4 in the third game of the regular-season series.

“It’s always great to get Game 1,” veteran Spurs guard DeMar DeRozan said. “We’ve got to come out with that sense of urgency, understanding we’re on the road. It will be beneficial for us to try to steal one on their home court.” 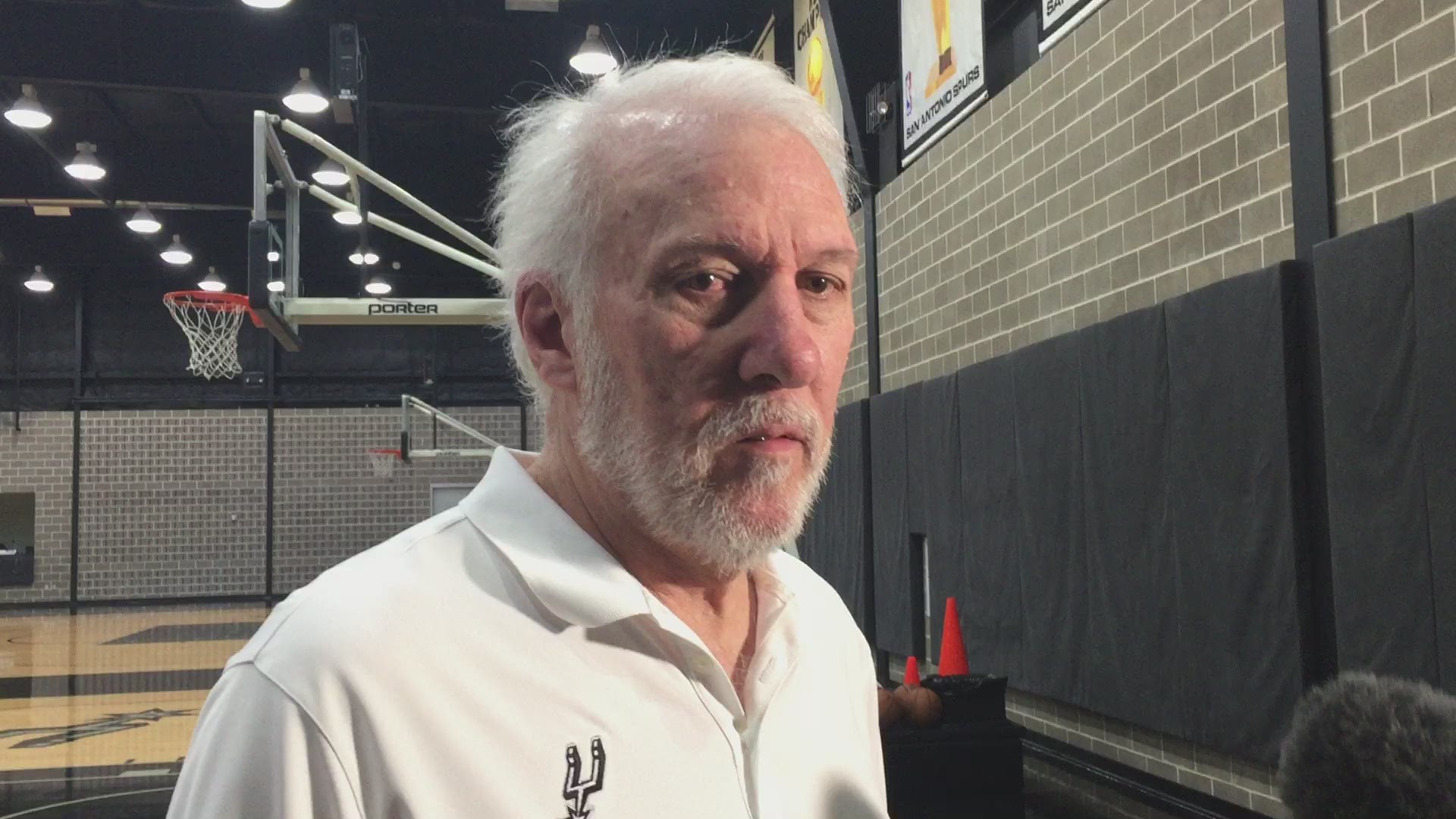 The postseason will be the first with the Spurs for DeRozan, who went to the Eastern Conference playoffs each of the past five seasons with the Toronto Raptors. He played in Toronto for nine seasons before getting traded to San Antonio in the blockbuster deal last summer that sent Kawhi Leonard and Danny Green to the Raptors.

“It’s another great opportunity for me,” DeRozan said. “It’s my first go-around (in the Western Conference playoffs). I’m looking forward to it. I’m excited for it. I’ve had a lot of success and a lot of failures in the playoffs. That’s kind of like my motivation, to be able to come start fresh here with a new group of guys that have a great opportunity.”

Of course, none of that will matter when the former ABA teams clash Saturday night. Spurs coach Gregg Popovich rolled his eyes when he was asked if it’s important to put a young team like Denver on its heels early in the series.

"Everybody wants to win every game if they can,” Popovich said. “Everything else is psycho-babble – means nothing, but (the media) will write about it and I understand. If I were in (the media) I'd write about all that bologna too, but it doesn't mean anything."

Denver is led by 7-foot center Nikola Jokic and guard Jamal Murray, arguably of the more underrated players in the NBA.

While Popovich acknowledged that a lot of Denver’s offense goes through Jokic, he said the Nuggets are a balanced team that’s tough to stop.

“They play well together,” he said. “Perimeter players know what to do. In concert, the bigs and the smalls do a great job.”

“He’s tough,” White said. “Him and Jokic play well together, looking for each other always. He can score many different ways, so it’s definitely a challenge.”

The playoff series will be a homecoming for White, who grew up in Parker, Colorado, about 35 miles south of Denver. He also played at the University of Colorado for one season before getting drafted by the Spurs in 2017.

Credit: Photo by Antonio Morano (bit.ly/XR79FT) / Special to KENS5.com
Point guard Derrick White blocked three shots in the Spurs' 104-103 victory over the Denver Nuggets on March 4 at the AT&T Center.

Whether it’s the high altitude in the “Mile High City,” their consistent play this season – or a combination thereof – the Nuggets have been tough to beat at the Pepsi Center.

"You’ve got to give them credit,” DeRozan said. “They're still a good team. They're a great team, but as soon as you lay down and try to take a nap, you get up too fast, you’re going to be huffing and puffing for a few seconds because you're not used to that altitude. But once you get adjusted to it, it’s good.”

DeRozan and All-Star forward LaMarcus Aldridge meshed well in their first season together. Aldridge was the team’s top scorer with a 21.3 average, just edging DeRozan (21.2). Aldridge also led the Spurs in rebounding (9.2), and DeRozan was No. 1 in assists (6.2).

Game 2 of the best-of-seven series is Tuesday night at the Pepsi Center in Denver. The series shifts to San Antonio for Games 3 and 4. Game 3 is set for next Thursday night at the AT&T Center.

(Spurs are 5-1 against Nuggets in postseason series)

(Spurs are 20-6 against Nuggets in postseason games)