SPURS GAMEDAY: Silver & Black confident they can bounce back in Denver 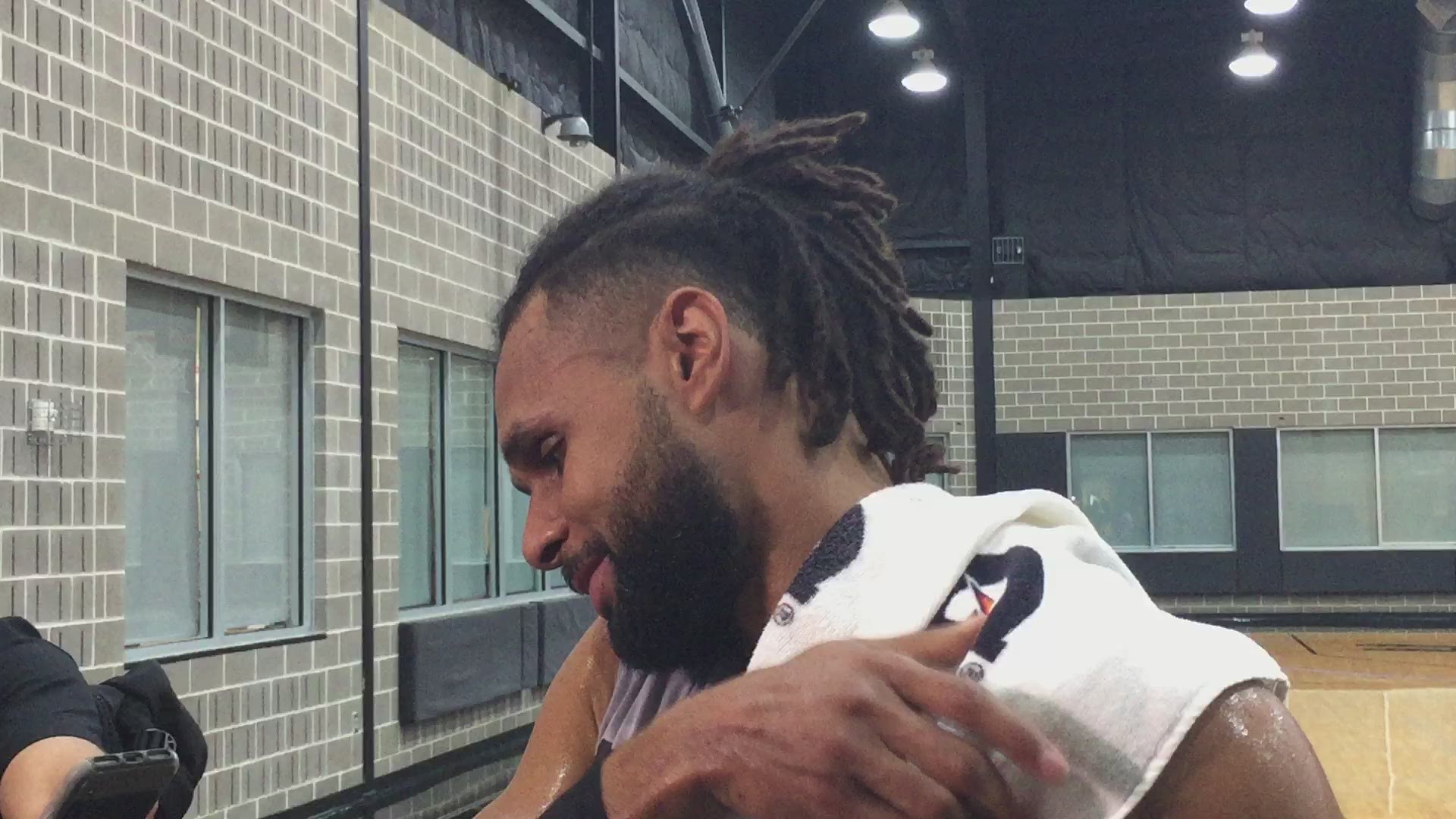 Through four games of the Spurs-Nuggets first-round playoff series, neither team has been able to put together back-to-back victories. Heading into Game 5, the Silver and Black hope that trend continues.

Denver won Game 4 on Saturday to even the best-of-seven series 2-2. The Nuggets, who snapped a 14-game losing streak in San Antonio that dated back to 2012, regained the homecourt advantage they lost when the Spurs won the series opener in the Mile High City.

The Spurs had 19-point leads twice in Game 2, the second with 9:36 left in the third quarter, but Denver guard Jamal Murray went off for 21 points on 8-of-9 shooting in the fourth quarter, sparking the Nuggets to a 114-105 victory.

The Silver and Black took Game 3 when the series moved to San Antonio, but Denver avoided a 3-1 hole by rolling to a decisive 117-103 win in Game 4. The Nuggets led by as many as 19 points in the fourth quarter.

Game 5 is at 8:30 p.m. Tuesday at the Pepsi Center in Denver, where the Nuggets finished a league-best 34-7 during the regular season.

“On the road, first-round playoffs, there’s a lot riding on this game,” said Patty Mills, who had 12 points off the bench in Game 4. “We let an opportunity slip here at home, but this is why you go through a long season and you learn from the ups and downs and the adversity, and you fight through, you battle, you grind for these types of situations.

“Knowing the character of this group now, a year, a season down the line, we’re up for this test. We’ve come a long way within the character of that group to be able to take on this challenge and grab it by the horns. We’re in a great place mentally today after practice and watching film. We’re hungry as ever.” 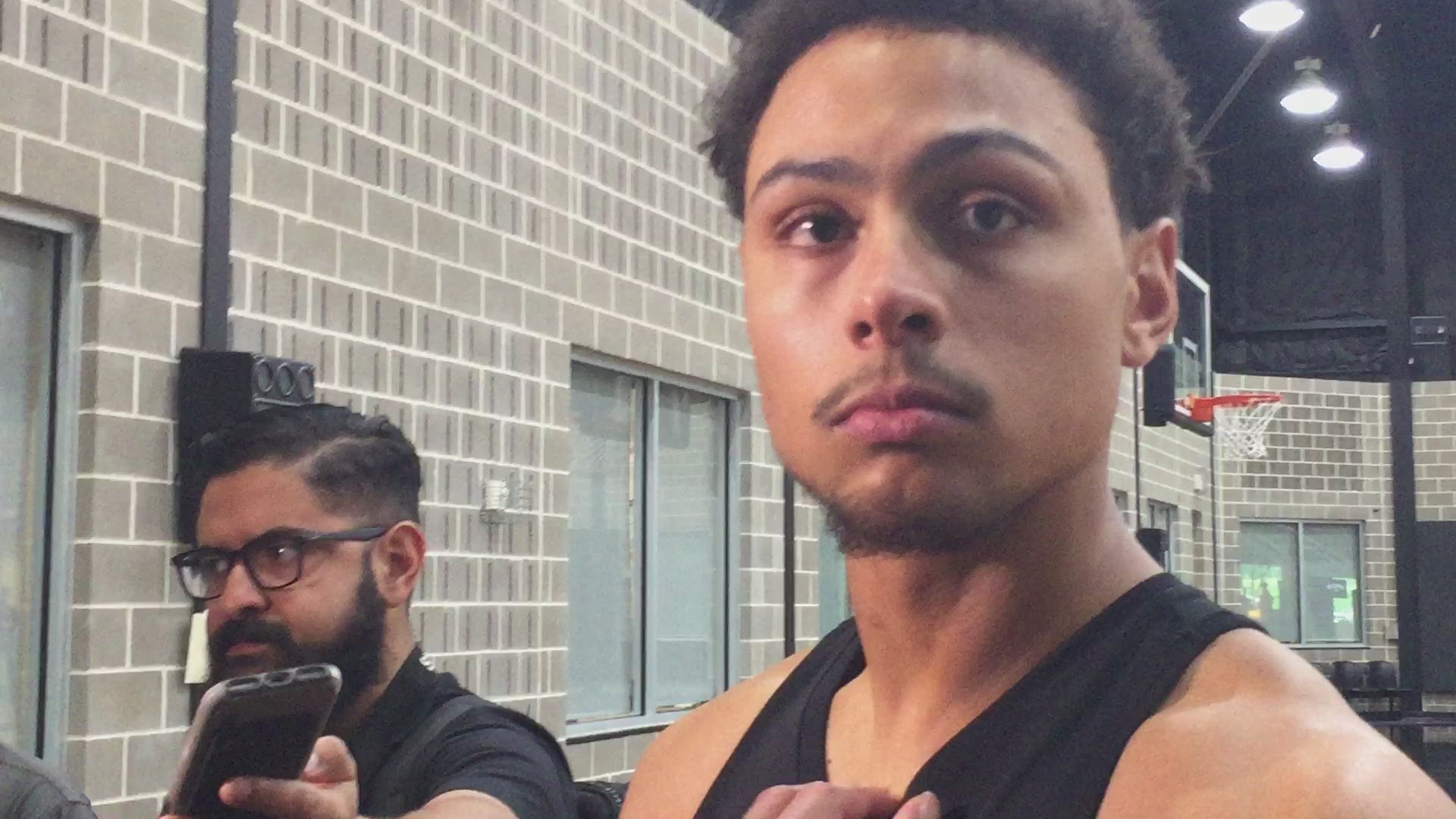 “I think last game, we didn’t show what we can do,” Spurs guard Bryn Forbes he said after Monday’s workout. “We didn’t play our best game or close to it. I’m sure we can get another one (victory) at their place. We just have to do the things that we try and prepare to do.

“We’ve got to execute. I don’t think we executed very well last game. If we execute, I don’t think it matters what gym we’re in. I think we can beat any team if we do what we’re supposed to do.”

The Silver and Black led 34-22 after the first quarter in Game 4, but the Nuggets outscored them 32-20 in the second period as the teams fought to a 54-54 tie at the half. Denver seized the momentum in the third quarter and never let it go.

Center Nikola Jokic scored a game-high 29 points and keyed the third-quarter run that carried Denver to a rare victory in San Antonio. Jokic, who also finished with 12 rebounds and eight assists, scored 11 points in the third period. He was only 2 of 4 from the field, but one of his baskets was a three-pointer and he went 6 for 6 at the free-throw line. 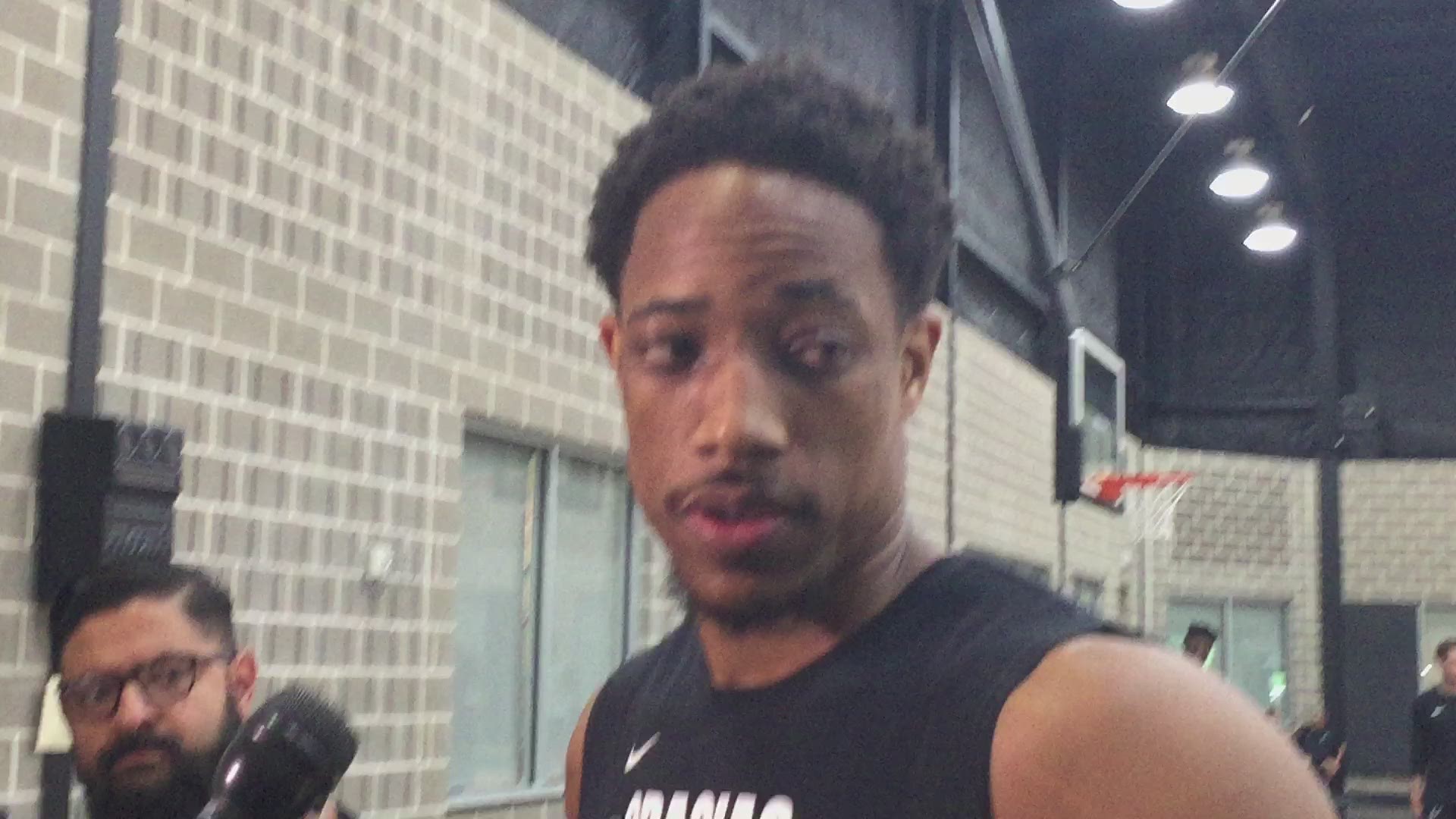 “They got hot, they got in transition,” guard DeMar DeRozan said. “We took a lot of ill-advised shots that fueled their transition. We can’t let that happen. We’ve got to take smart shots, be smart, play smart defense. Do that for as much of 48 minutes as possible.”

If they Spurs are going to bounce back, they’ll have to get more scoring from their bench. Rudy Gay, Marco Belinelli and Bertans, who normally give the San Antonio bench a boost, were a combined 3 of 16 for only 10 points. The trio was also a combined 1 of 5 from long distance.

Gay, the team’s third-leading scorer during the regular season with a 13.7 average, went 0 for 7 from the field and scored just two points in Game 4.

Mills was asked what he’s seen in Gay during the series.

“Growing and finding ways to make an impact,” Mills said. “You always say that this is what the playoffs is about, is being able to evolve as the series goes on and find ways to be able to affect the team positively. That’s how you grow in these situations, as an individual and as a team. I think that’s what he’s going through.

“He’s finding ways to be impactful. He’s an unbelievable player, unbelievable athlete, unbelievable talent. And that mindset, coming into these next couple of games, I know that he’s going to be on point because he’s a competitor and he wants the best for the team.”

San Antonio outscored Denver 60-40 in the paint in Game 4, but in the end, the Nuggets’ three-point shooting did in the Silver and Black. Murray scored 24 points and nailed 3 of 5 three-pointers after finishing with only six points in the Nuggets’ 118-108 loss in Game 3.

Denver made 15 of 31 three-pointers for 48.4 percent and shot 44.9 percent (40-89) from the field overall. Guard Torrey Craig, who replaced Will Barton in the starting lineup, finished with 18 points and had a hot hand, hitting 6 of 9 shots, including 5 of 7 from beyond the arc. Barton came off the bench to score 12 points and go 3 for 3 from the three-point line.

Aldridge led the Spurs with 24 points and nine rebounds, despite sitting out the entire fourth quarter. DeRozan (19) and Forbes (10) also scored in double figures.

Forbes made it clear the Spurs won’t be satisfied with a split in Denver if they prevail in Game 5.

“We’re trying to break that streak,” Forbes said. “We want to win two straight. That’s our goal, to play the best two games we can put together. Try to win these next two. We don’t want to follow that trend of every other game, win-lose, win-lose. We want to get these next two out of the way.”