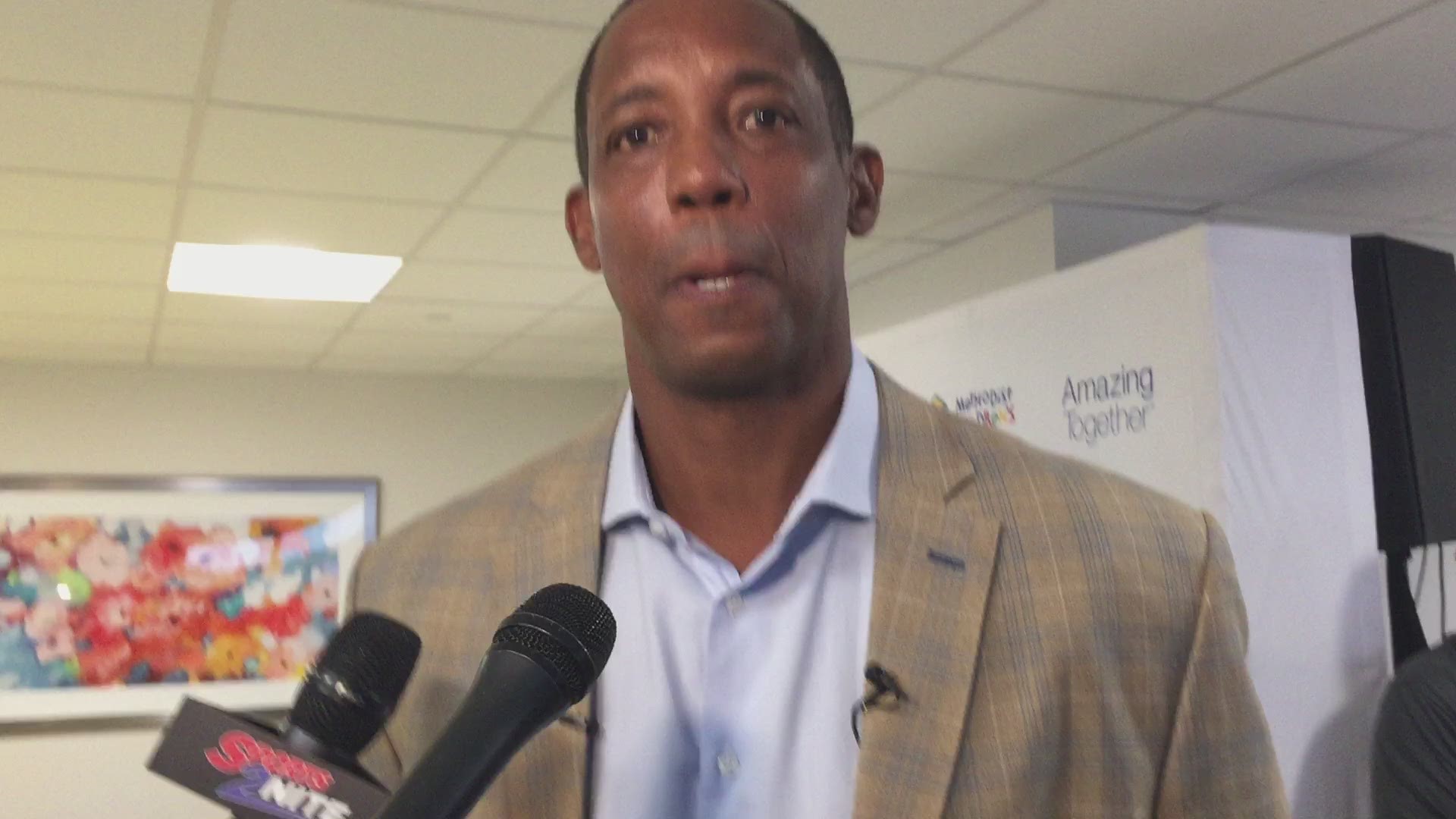 SAN ANTONIO – For 20 years, Spurs fans were haunted by the agonizing memory of the Silver and Black’s meltdown in the 1979 NBA Eastern Conference finals.

Needing only one victory to reach the Finals, the Spurs blew a 3-1 lead against the defending champion Washington Bullets and lost the best-of-seven series. Washington went on to lose to Seattle in the title series, but San Antonio fans maintain to this day that the Silver and Black would have won the championship that year – if not for the monumental collapse in the conference finals.

Instead, a franchise and a city were left to ponder what might have been and lament the frustration of a squandered opportunity. But that would change 20 years later.

Up 3-1 against the New York Knicks in the Finals, the Spurs won their first championship with a 78-77 victory in Game 5 on June 25, 1999 at Madison Square Garden. Fittingly, inspirational point guard Avery Johnson sealed the win with a 17-foot baseline jumper 20 years ago Tuesday night.

The victory changed the course of a franchise that would win four more titles over the next 15 seasons, and brought unbridled joy to San Antonio and Spurs fans everywhere.

“It was more a relief than anything else,” center David Robinson said. “When you haven’t won, people are always telling you that you don’t have this or you need that. And you never know what it is. Everyone from coaches to players get criticized, so you’ve kind of got to put your head down and keep plowing forward and try to figure out how to put the pieces together.”

Spurs power forward Tim Duncan was voted MVP of the 1999 Finals after averaging 27.4 points, 14.0 rebounds, 2.4 assists and 2.2 blocks. Duncan won his first of five championships in his second season with the Silver and Black, who selected him with the No. 1 overall pick in the 1997 NBA Draft. Duncan was the only Spur who played on all five of the title teams.

The 1999 championship was particularly sweet for Robinson and Elliott, who were rookie teammates during the 1989-90 season, when the Spurs lost a heartbreaking seven-game series to Portland in the Western Conference semifinals.

Five years later, San Antonio finished the 1994-95 season with the best record (62-20) in the league but fell to Houston in the Western Conference finals. They were 59-23 the next season and lost to Utah in the conference semifinals.

But San Antonio was not to be denied in 1999. The Spurs finished the lockout-shortened season a league-best 37-13 and went 15-2 in the playoffs, winning 12 straight before losing to the Knicks in Game 3 of the Finals.

“We had a chance to beat Portland my rookie year,” forward Sean Elliott said. “Lost to them in Game 7. Then we had the Houston Rockets (in 1995). We decimated them during the regular season, and they beat us in a crazy Western Conference final. And then the next year we came back and Utah beat us.

For all the success they had during their march to the 1999 title, the Spurs stumbled out to an inauspicious start and looked like anything but a title contender after the season finally started on Feb. 5, 1999, following the four-month, owner-imposed lockout.

San Antonio beat Sacramento 101-83 in its opener but was 6-8 when it headed to Houston amid rumors that Popovich’s job was in jeopardy. But the Spurs trounced the Rockets 99-82, starting a nine-game winning streak that set the tone for the season.

The Silver and Black went 31-5 after their 6-8 start and won 12 of their last 13 regular-season games, with the only loss in that stretch coming at Sacramento in overtime. 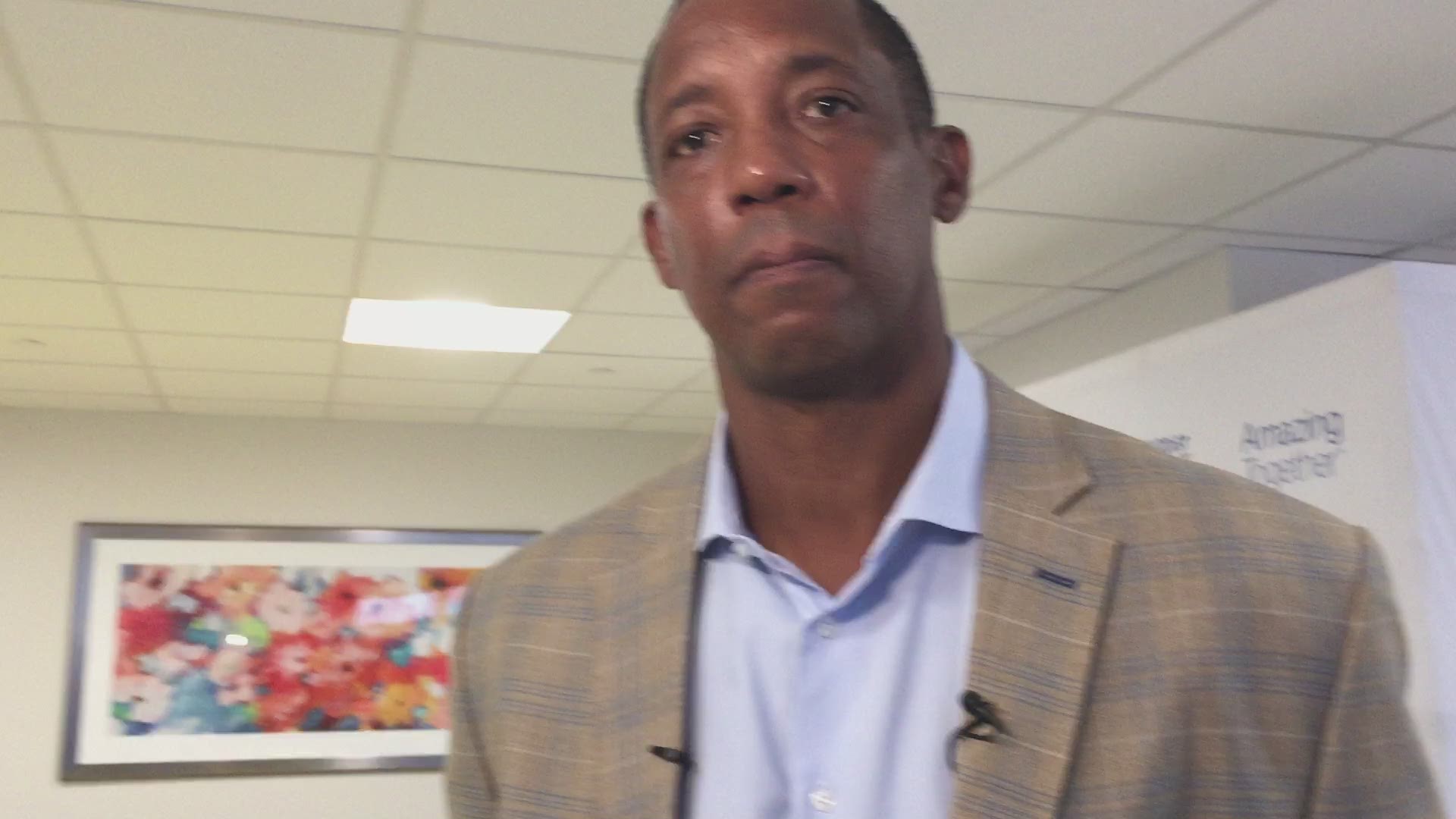 Asked this spring if there was a point in the regular season when he thought the Spurs could win the championship that year, Popovich said: "We never started a year, or have been in the middle of a year, and said, 'Hey, we think we can win a championship this year.' We've always had the goal of trying to be the best we could be by playoff time, and then whatever happened, happened."

San Antonio, which ended the season with a five-game win streak, beat Minnesota 3-1 in the first round of the playoffs. The opening round was a best-of-five format in those days. The Spurs swept the Los Angeles Lakers and Trail Blazers in the Western Conference semifinals and finals, respectively.

No discussion about the Silver and Black’s 1999 playoff march would be complete without recounting the “Memorial Day Miracle.”

The Spurs have won several memorable games with big plays in the waning seconds of games, but none has been more dramatic, and consequential, as the three-pointer Elliott nailed to beat the Trail Blazers 86-85 and give his team a 2-0 lead in the conference finals on Memorial Day. Elliott’s basket with nine seconds left came to be called the “Memorial Day Miracle” in NBA lore.

Twenty years after that memorable afternoon at the Alamodome, Spurs fans old enough to remember that day can recall vivid details of Elliott’s game-winning shot.

And Elliott? He became a Spurs legend the instant his three-pointer found the bottom of the net.

“His whole life is predicated on that shot,” Popovich said in his best facetious tone, when he was asked about the Memorial Day Miracle in his last session with the media after the Spurs’ season this year. “It’s like how some people never leave high school.”

The Knicks were no match for the Spurs, although they pulled out an eight-point home win in Game 3 after falling behind 2-0 in the series.  The Silver and Black bounced back to go up 3-1 with a 96-89 victory two nights later at Madison Square Garden in New York.

San Antonio’s series-clinching win 20 years ago Tuesday set off a wild celebration in the city. Fans flooded downtown and car horns blared until the wee hours.

Despite the team’s slow start that season, Elliott recalled being confident the Spurs could win the 1999 title.

“Oh, yeah,” he said. “We had thought that many seasons before that, too. This one, we knew. Obviously, we had two of the best players in the game in David and Timmy. We had a great supporting cast. We had jelled after starting off kind of slowly. We knew that for somebody to beat us four times, it was going to be a tall order.

“So, all we had to do is do our jobs and play together. The thing about that team is that we all just loved each other, too. It was a unique atmosphere, a unique experience for an NBA team. All the guys looked out for each other. We were all together as one.”

Kerr had won three titles with the Bulls and Elie had earned two championship rings with Houston. Kersey was a starter on a Portland team that had played in the Finals. Elie wound up starting at shooting guard and gave the Spurs some much-needed mojo with his physical style and leadership. Although Kerr and Kersey didn’t get much playing time, their experience was important to the team’s success.

“Mario Elie gave us a little bit of grit, little bit of edge, along with Avery Johnson,” Elliott said. “They were like the junkyard dog. They policed everybody. Those two guys made sure that our practices were extremely competitive. Then you had Jerome Kersey, who was a great guy in the locker room. He was a great guy to have out there on the floor.

“He was willing to do all the dirty work. You need guys like that on your team. You just can’t stock your team with guys who all want to shoot the ball and want to score for themselves. Those three guys definitely made a huge difference. Throw Steve Kerr in there, too, with his knowledge of the game.”

Elliott recalled that Kerr, who played with Michael Jordan, spoke to the Spurs before the start of the Finals.

“He was the one guy on the team that had been there, both he and Mario,” Elliott said. “Steve got up and kind of addressed us all. He said, ‘Hey, the NBA Finals are different. It’s not the rest of the regular playoffs. Everything changes from here.’ It was a great kind of pre-Finals talk that kind of got everybody focused.”

Obviously, the Spurs got the message and took care of business. Twenty years later, Kerr’s words still resonate in the hearts of his former teammates.

Texas is a hotbed for human trafficking, according to new report